Fear is growing around the globe after the Ebola Virus has spread to at least four West African countries and infected two American aid workers this week. 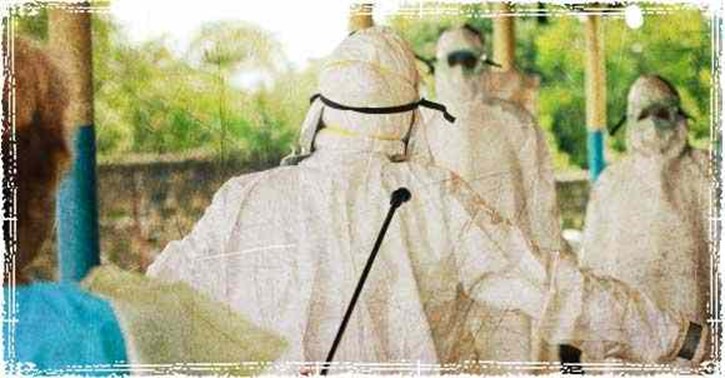 An American doctor and a U.S. aid worker helping to fight an outbreak of the deadly Ebola virus in West Africa are now infected with disease. Even more troubling, is how our government allowed the doctor’s family back into the U.S., despite the fact that they were living with the doctor during a period where he may have already had the virus.

Although American health officials are denying the family is infected, they were living with the doctor right before he fell ill. Ebola can be present in the body 21 days before the symptoms first show, so the fact that our government is so carelessly allowing these healthcare workers and their families to come and go from these infected areas is troubling to say the least.

Ebola can have up to a 90 percent fatality rate, which makes its spread throughout Africa something our health care officials need to take a little more seriously, especially since we have healthcare workers flying back and forth from these infected areas.

There is no vaccine and no known cure for Ebola, which causes vomiting, diarrhea and internal and external bleeding.

Are American Health Officials doing enough to protect us?

The only way to really stop Ebola from spreading is to find and isolate everyone who has come into contact with it, so why our government is allowing healthcare workers who are treating these patients back into the country without a quarantine period is a bit perplexing.

MERS Outbreak another major cause for Concern

At the same time, a number of countries in the Middle East are dealing with an outbreak of MERS, a deadly virus first reported in Saudi Arabia in 2012 that has a mortality rate of 30%. Just like with the Ebola Virus, U.S. health officials seem to be taking a wait and see approach instead of taking measures to ensure the virus doesn’t reach the U.S.

Earlier this year, the Obama administration said they were closely monitoring the MERS outbreak in the Middle East. But just like with Ebola, they have done nothing to stop healthcare workers who are treating these patients from coming back into the U.S.

Because of the influx of international and U.S. healthcare workers into these areas, world health officials say there’s a good chance MERS and Ebola could hitch a ride on workers as they return home. from the infected areas.