There is currently an outbreak of a virus called Enterovirus 68 in the Kansas City area. This is one of those viruses that, sadly, strikes children in a disproportionately large percentage. 300 kids or more have been affected currently, with many hospitalized.

I have been asked if this could have been one of the diseases that crossed the border in the recent immigrant crisis. While I have no evidence that supports this theory, we certainly must be aware that various illnesses have been found in the kids in U.S. custody. Close monitoring is necessary to keep an eye out for trouble in the uncertain future.

Enterovirus 68 is a member of the Picornaviridae family, a group of viruses which includes the virus that causes polio. It is similar to the rhinovirus, the cause for most common colds. Once considered very rare, it has been seen more frequently as of late, usually appearing in clusters in a particular community. Before the most recent cluster, there were 6 known outbreaks on different continents during the period from 2008-2010. 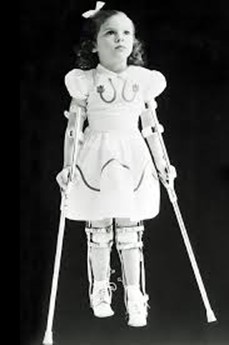 Enterovirus68 infection starts off looking just like the common cold, and that’s as far as it goes in most cases. Sometimes, however, it can quickly progress to a syndrome which includes nausea and vomiting and difficulty breathing. In its full manifestation, it looks like an asthma patient who’s vomiting a lot. In the worst cases, mechanical respirators were necessary to maintain breathing. Despite this, it is rarely fatal, with 3 deaths total occurring in the Phillipines and Japan.

There was a small group of kids in California in 2012-3 who developed what appeared to be polio, except that they were already vaccinated against the disease. Although they survived, none of them recovered full function of their limbs to date. It turned out that two of these children tested positive for Enterovirus68, outlining the serious nature of long-term effects in the worst cases.

Enteroviruses are spread from person to person through contact with nasal secretions, saliva, stool, or by contact with contaminated surfaces. Frequent hand washing is the best preventative measure, as well as disinfection of work areas and sick rooms. For more info on maintaining a good off-grid sick room, check out our article on the subject:

Like the common cold, there is no cure at present for the illness and testing for it involves lab studies on bowel movements or spinal taps. Treat the symptoms as they present, and get a worsening case to the hospital if it’s available to you.

Hopefully, Enterovirus68 will stay what it is, a rare virus that pops up from time to time in a small group. Knowledge of the symptoms will help you succeed in dealing with the disease, even if everything else fails.