Washing soda, also known as soda ash or sodium carbonate has many uses, from acting as pH stabilizer in pools to acting as a water softener to removing calcification in water heaters to making lye pretzels. Washing soda is a beneficial item to have around the house, especially if you want to make homemade laundry detergent, as it is one of the main ingredients. However, washing soda isn’t always so easy to come across (especially if you’re living in a far out place).

Fortunately, washing soda is fairly simple to make at home, not to mention frugal as well! 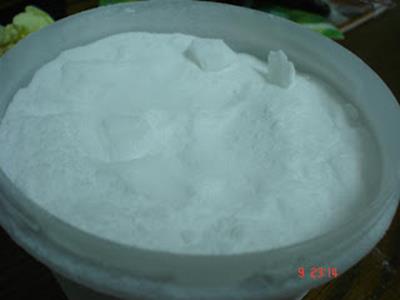 Baking soda. Note the differences between how it
looks and how the above washing soda looks.

Now, what do you do with your newly made washing soda?

Save it for when you make homemade laundry detergent!