How to Sharpen Razor Blades for the Long Term

These days I have been doing a lot of thinking about my daily hygiene and beauty routine as it relates to a long term survival situation.  I don’t want to appear frivolous but for me, feeling clean and looking nice are an important part of feeling good about myself in general.  I do not think that my thoughts in this regard are limited to women and in fact, the Survival Husband feels much the same way, albeit without the need for a touch of lipstick and blush.

While an article on survival hygiene is long overdue, today I want to share with you a great tip for increasing the longevity of razor blades.  Anyone who shaves – and this includes men and their beards and ladies and their legs – knows two things.  One, razor blades are darn expensive and two, a dull razor blade will cut you up and result in a big bloody mess. 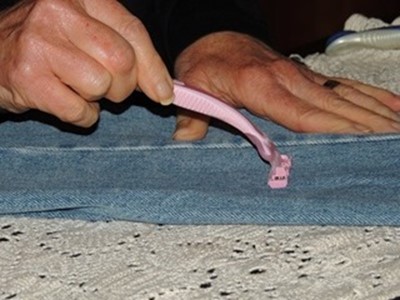 For the past few months I have been doing some research, trying to learn how to increase the longevity of the common razor blade.  One strategy that worked well was drying the blade with a hair dryer after each use.  Good to know, of course, but highly impractical in a survival situation.

I recently learned of a new technique and after testing with three separate razors, I can attest to its efficacy.

This method of sharpening a dull razor blade is so very simple that I am surprised more people don’t know about it.

1.  Clean your razor in a little cup of soapy water.  Let it sit for awhile so that all of the old goo and gunk float away. 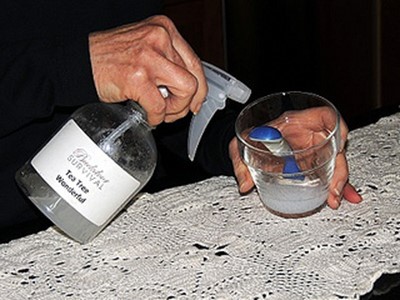 What I did was spray some of my Tea Tree Wonderful in a glass and let the razor soak for about an hour.  I could not believe the crud that came loose!

2.  Dry your razor by shaking away then excess moisture the wiping it off with a towel (or in my case, a microfiber cloth). 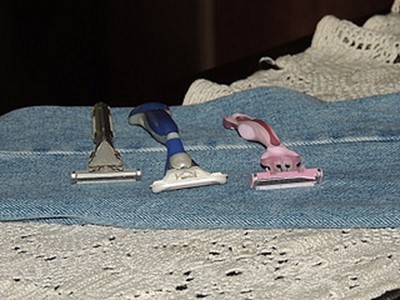 These are the razors I used for testing.  All were old and dull.

3.  Going in the opposite of your normal shaving direction, run the razor across some blue jean material about 20 times.  This is called stropping. Remember, you want to run the shaver backwards!

When I was done sharpening the razor blades, I handed the Survival Husband his razor and told him to give it a try.  Now let me say this: he was doubtful to say the least. 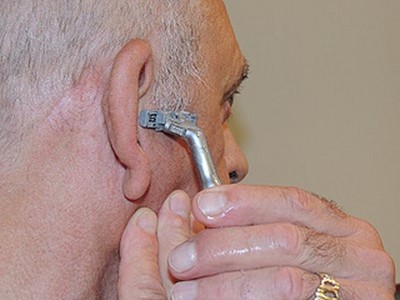 The first words out of his mouth were “Wow, this is really sharp”.  I asked him how old the blade was and he said about a month.  It was ready for the trash any day now.

As part of my research, I came across the following YouTube video.  It demonstrates the process for you and although the author refers to sharpening a disposable razor, in my tests a standard razor (not the disposable type) worked equally well.

I like to save money just as much as the next person.  As near as I can tell, refill razor blades cost over $2 each.  Let’s say you can get one month’s use out or each.  That would be $24 a year.  If you could double their life by sharpening the blades on a pair of blue jeans, you would save $12 right off the bat.

How many times can you re-sharpen the razor blades?  Time will tell but if you ask me, my best guess is that you can re-sharpen then at least twice, if not more.  It certainly is worth a try.