Many emergencies will either leave you trapped at home, or else are best weathered in the shelter of your own abode, where you have resources of food, water, shelter, defense, and a familiar habitat to fall back on. Sometimes, however, a disaster can occur that obliges us to flee far and fast, and you should have escape routes planned in advance in case this happens.

Examples of disasters that might oblige you to run for your life include major hurricanes, the advance of an enormous forest fire into your town or the city suburbs where you live, or nuclear contamination (such as a leak or explosion at a local nuclear power plant). Evacuation orders can also be issued in advance of hurricanes or the possible threat of tsunamis.

In a situation like this, having several options for getting yourself clear of the area will raise your chances of successfully leaving the area many times over. It is not enough to have one, obvious route – that is the route everyone else will take, too. It may become clogged by vehicles to the point where it’s impassible, or the emergency itself might damage it or close it in some way.

For example, if the main escape route from your town happens to run straight through a forest which is being ravaged by an advancing forest fire, then obviously a different exit is needed.

Finding good escape routes from your area is not too difficult, since few towns are “dead ends” that a road runs to and stops. Both main roads and back roads provided ready egress in various directions. However, it behooves you to explore your area, with the aid of both your car and a good road map, to learn these potential routes thoroughly.

Drive the routes several times, and take a “refresher drive” every few months. You don’t want to take a wrong turn and end up blundering around on unfamiliar back roads as the tsunami rolls in.

Your escape routes should be chosen both to be as easy to follow as possible under adverse conditions (at night in the rain, for example) and to lead somewhere.

Preferably, they should go to a large highway that will give you more options, rather than a tangle of back roads that will take many hours to finally let you reach somewhere where you can drive effectively away from the danger. You should also practice a few night drives on your routes to prepare you for an early-morning evacuation.

Ideally, you should find escape routes that go in all four cardinal directions, so that you’ll have several getaway options regardless of the direction the danger is coming from. However, the arrangement of topography and roads often makes that impossible. 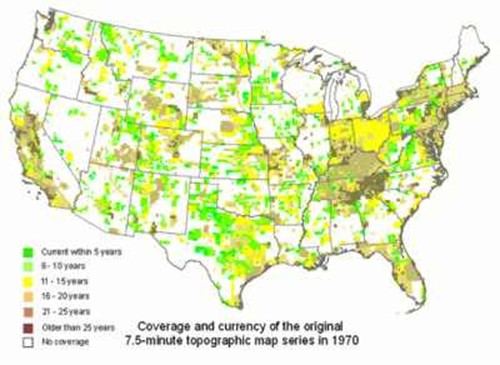 The main thing is to have several routes available, with at least two of them leading in very different directions, to keep your escape options as open as may be.

One of the vital, but often overlooked, matters that is involved in emergency preparedness is acquiring a good set of maps for yourself. In fact, if possible, you should keep one set in your house and one in each of your cars, so that you will always have these maps on hand regardless of whether disaster catches you at home or on the road.

Get a Good Set of Maps

You should get an up to date road atlas, a detailed road map for your state, and a topographical map of your area. GPS (global positioning system) type devices are very handy, and you can certainly get these as well, but you shouldn’t rely on them. GPS systems are heavily dependent on other people to function, as well as data provided from remote locations.  A disaster can easily disrupt the necessary communication and turn your GPS into an inert, static filled paperweight.

You should get a general road atlas of the United States so that you will be ready to find routes and get to your destination regardless of where you are in the country. Whether you are just going to the next county or traveling across many states in search of safety (or to return in haste to try to rescue relatives in a disaster-struck area), an up to date atlas will let you plot out a route, and correct for wrong turns as quickly and effectively as possible if needs be.

Read more of this article and find other worthy stories here at doomsdaynews.com