Politician Will Pay $100K for Nude Pictures of Teen Hunter

Sorry in advance for those who may not like this post, but it is about two thing that bring out a bit of passion on my part, hunting and the crazy political process that we allow people like this to be part of.

“I have 100k to anyone who has nude photos or videos of #kendalljones at Texas tech. She deserves to be a target.” 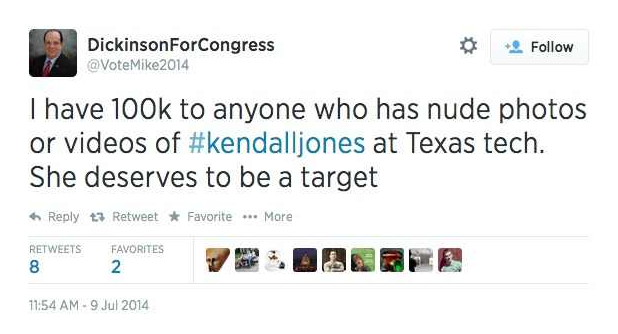 Libertarian Republic reported: “Dickinson is the declared candidate for the seat to replace Eric Cantor in Virginia’s 7th district, although at the moment he is not on the ballot.”

Dickinson seems to have become enraged when photos emerged of Kendall Jones posing with dead lions and other exotic animals she had legally hunted. 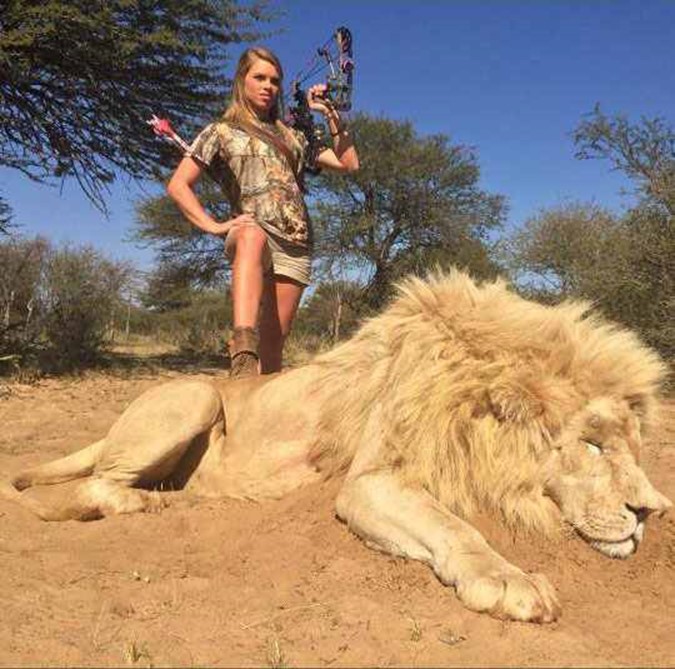 Some more of Dickinson’s tweets: 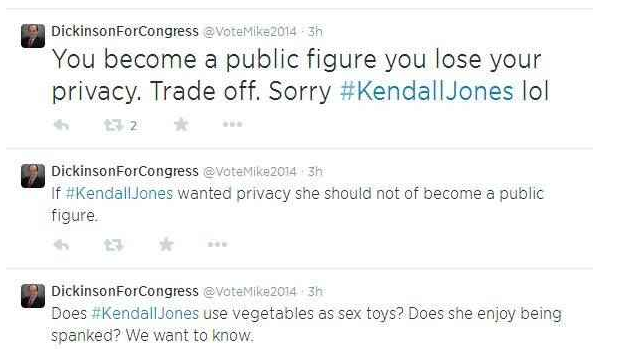 If you take a peek at Dickinson’s Twitter profile, you’ll see it’s filled with perverted tweets and attacks aimed at his perceived enemies.

So here is a teen hunter who has a little fame for her skill and a person we the people have placed in a public office can get away with this.

I always have to ask, what’s next.

Feel free to share how you feel about this on all his sites and feeds (not that it will do any good).

Ok, this is another reason I say to keep prepared. With leaders like this who knows what could be coming next.