Put a BUG in your Bug Out

Guest post by Doc Montana, a contributing author of Survival Cache and SHTFBlog

A BUG or Back Up Gun is a secondary (or tertiary) weapon included in your plan for when things go sideways big time. 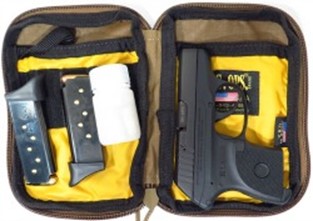 The BUG is more than a sidearm to a primary rifle. A true BUG in your plan is a 100% functional replacement of your preferred carry weapon. A BUG is not an afterthought, or grandpa’s old revolver, or some one-off abomination of a handgun designed with form over function, or style over substance.

BUGs come in many flavors, some quite small like the .380 Ruger LCP, and others just a step down from their big brothers such as the Glock 26 and 27. But no matter the choice, the point of a BUG is the same: it is to backup the primary weapon whether called upon by malfunction, injury, no reload possible, temporarily disarmed, or even tossed to a friendly to double the fight. But we will address a particular tangent of the BUG, namely the Bug Out BUG. 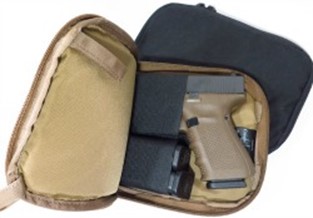 The Bug Out BUG does not need to be strapped to an ankle, stuffed in your pants, or bolted onto a chest rig as operating LEOs often do. Instead it can ride along in or on your Bug Out Bag, or other piece of “Luggage” you will carry or at least have handy.  Unless you are chasing bag guys, serving warrants, or running to the fight, the Bug Out BUG is just another tool in your mobile SHTF shed.  The Bug out BUG philosophy is pretty much the same across the survival board, but the choice of Bug out BUG is dependent upon three main factors. First, where will you be bugging out to?  If your answer involves wilderness, having two short-barrel auto pistols might not be the best option. In that case a BUG of a more useful caliber like a .22 Ruger Mark III might be a more useful tool. Hunting squirrels with a Glock 26 is entertaining, but not when you’re hungry.

The next question is who will you be bugging out with? Packing a pair of .44 mags might be great for a big guy in a bad neighborhood, but for the rest of us dirty but not Harrys a wrist-breaking pocket cannon is better served for killing engine blocks then for daily bug out duty.  Plus, unless both practiced with and prepared for the recoil of such a beast, the hand howitzers will be one-shot-only due to either flying out of the shooter’s hand, cracking the shooter in the face, or most likely the latter then the former in the same shot.

The final question is based upon that minor detail that connects Point A with Point B.  In order to reach any useful bug out location, you will need to move through space and time. So what does that space look like?  And what time of day do you plan on traversing it? Urban dwellers will have to escape their concrete jungle first before entering the natural world.  Since any situation that requires a real bug out from a city will be dangerous, the urban BUG (or hopefully BUGs) should error on the side of magazine capacity over slim profile. 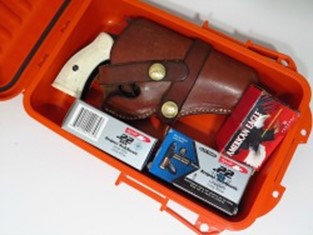 The BUGs I have carried in my Bug Out Bags, Bug Out Vehicles, and stored with other preps include Glocks, several small caliber wheel guns, and the Ruger LCP, among others. For the Glock 26 and 19, I use Renegade Ridge Tactical Double-Down pistol cases. A Spec.-Ops Mini Pocket Organizer keeps my LCP, mags, and a small Bug Out Bullet Bottle organized.  As BUGs, I like the idea of having self-contained packages with a gun, mags, ammo all secure in a small padded case. That way I can toss the appropriate BUG into a kit, BOB, or BOV.

Unlike law enforcement attire, your bug out BUG is for bugging out, not daily wear. So imagine shifting your bug out into high gear and stomping on the gas. I assume a holstered sidearm is at the top of your list of bodywear. Some of you will want to slap some additional cordite jewelry to your lower leg or drop a mouse in your back pocket. But the BUG for bugging out is a self-contained shooting kit unto its own that rides shotgun in your BOB kit. 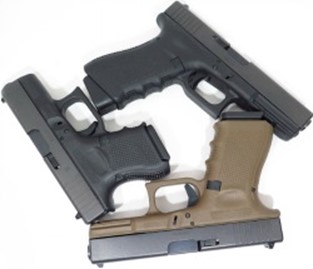 I’m one of the lucky many who finds the Glock frame both comfortable and at the perfect angle for natural shooting. The Glockpoints where my mind aims. A 1911 frame in my hand naturally points towards the tree tops. And on the old-school western revolver side, my hand is more likely to fire off a crotch shot rather than at the center of mass. So for me Glocks are the obvious choice.  Adding more points to the Glock scorecard is the fact that any same-caliber Glock can eat magazines of grip size or longer. That means, for instance, a 9mm G17 can run mags of 17, 19, and 33 rounds along with drum magazines.  A G19 can run all of the above plus a shorter 15 round mag. And a G26 can run all of the above plus its own ten rounder. That means any double stack 9mm Glock mag will run in a G26 so if my BUG is a G26, it will eat all my other mags regardless if I am running my G17 or G19 as primary. In my BOB, I have several 33 round Glock mags ready to go which will work in any of my 9mm Glocks so no matter what I grab, I’m good to go. I cannot say the same about my friends who run 1911s, revolvers, Kimber jewelry, and who diversified their handgun calibers. 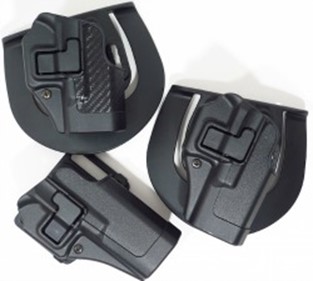 As if the mag interchangeability is not enough, the trio of Glock 9mms can, in most cases, share holsters. The Blackhawk Serpaholster is a fine choice and the only difference between one made for a G17 and a G26 is the length of the barrel shroud. A 26 in a 17 holster has an extra inch of coverage, while a 17 in a 26 holster extends through the shroud and out the other end. Since all Serpa holsters are open ended, a good barrel inspection should follow any mud wrestling event no matter which gun is in which holster. 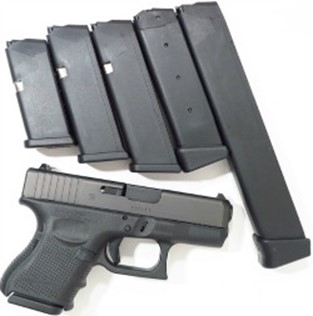 Finally, the issue of quality between primary and BUG is critical. I know many folks who toss some old kit gun into their BOB, you know, just in case. Yet their so-called BUG is little more than a feel-good accessory chosen out of convenience. True Bug Out BUGs do not compromise quality or function because the only use for the Backup Gun is to become the Primary Gun under even worse conditions than a moment ago. Did that make sense? To state it again, your BUG must completely replace your preferred primary weapon when you have lost control of the situation. So pulling a pearl-handled double-barreled derringer out of your belt buckle might have sounded like a cool idea in the store, but never in a million years would you have chosen that gun for this particular moment. So don’t do it now.

Driving home this point further, some of my 1911 friends have their tricked out race gun or super-tuned primary, and then consider an off-the-shelf budget 1911 as a viable BUG due to the similarities in their manual of arms. The chink in this particular armor is that the reliability and performance of a tuned gun does not transfer to a nearby pistol of similar persuasion through osmosis alone. Perfection must be gun smithed into the soul of the pistol. Yet dropping a few more Benjamins of polish and parts on a crippled mechanism that was already limping when it left the factory is a hard bullet to bite. So now the backup gun is already suspect and the fight hasn’t even started yet. On Glock front, quality is a complete and total non-issue across the entire 9mm product line.

The Other Side of the Coin 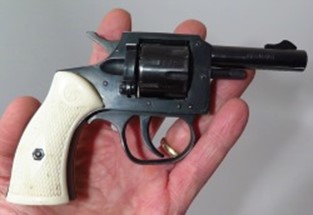 On the other hand, why would you want to store, cache, bury, or otherwise hide away and almost forget a perfectly good gun? The flip side of the coin allows for a low to medium quality firearm of usable caliber to be squirreled away, especially if you want to back up your bug in or bugout location. In this case, I have an old eight-shot .22 revolver and a few hundred rounds packed away with the extra knives and can openers in one of my food storage areas. The old double action gun is good enough to count on short term and in a pinch, but certainly not anything I would want for EDC during your bugout. I’ve greased up the little wheel gun and sealed it in a watertight box along with several hundred rounds of .22 in various flavors including subsonic. While not my only BUG, nor even my primary-secondary, if the social scene really does fade to black, then a small infestation of BUGs in your plan begins to make sense.

One Size Fits Some

Of course any BUG is a compromise in some respects unless you just want to keep one manual of arms by replicating your primary and your primary is perfect. While that is certainly a great way to go, and a highly defensible decision, for those who carry a full-sized handgun, or even a large compact (sorry for the oxymoron), BOB space is limited and weight is to be minimized so most BUGs will be smaller in stature but hopefully will order off the basic ammo menu. Additionally, there is the consideration of whose hand will wrap around the grip, and how much recoil that hand can tolerate. When you consider a BUG option, don’t confuse it with your standard set of weapons platforms. The default gunset for bugging out usually consists of an AR or AK military pattern rifle, a 12 gauge pump shotgun, a thirtyish caliber bolt action scoped rifle, an autopistol of 9mm or larger, and a .22 rifle. That’s a lot of blued iron to pack around so adding a BUG to the mix must be more than just one more bangstick. The primary BUG will need a special home similar to a tourniquet. It must be out of the way, but ever-present. It must be handy but not cumbersome. It must be accessible with either hand. And most of all, it must perform perfectly even though you never want to use it.

If I’m buggin out…then I’m probably never coming back, so they’re all coming with me.