One student has died and multiple others were seriously injured during a stabbing attack at the UT Austin campus. 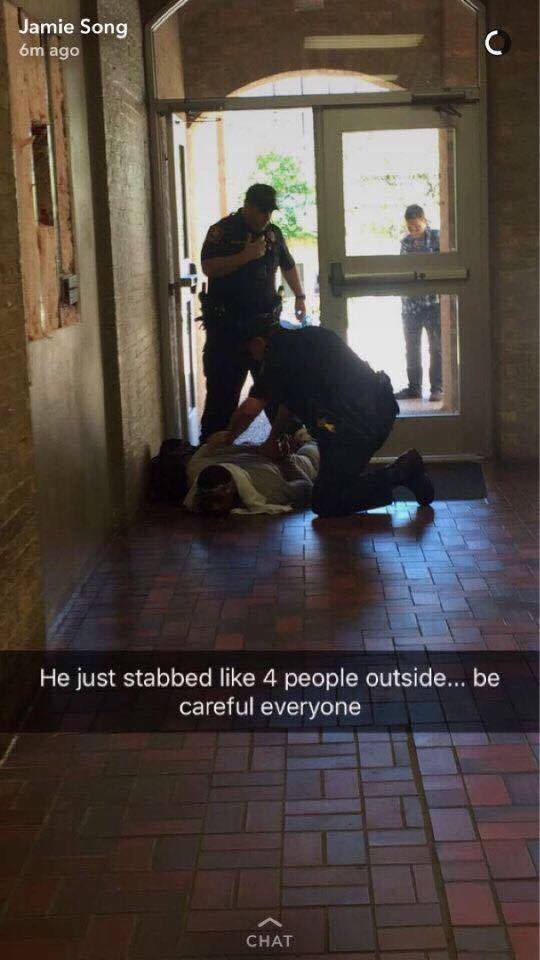 Another student shared the following eyewitness account on social media under the name Alyson G:

“Me and Brandon were eating at Chilantro’s truck at a long picnic table. Then at the end of the table some guy comes up in a bandana and stabs the knife into the table and looks all of us in the eye. I thought it was just some theatrical stunt or something. He pulls the knife out without saying anything and turns around to slash some guy in the back of the neck. The slash victim grabs the back of his neck and yells (people look at him and I await some sort of ‘gotcha’ statement). But then… The attackers walks to another guy and stabs him in like the kidney region in his back. Some guy yells run and we all bolt to McComb’s.”

The UT campus has been closed for the rest of the day. A UT Austin Alert released the following message:

“Due to the violent attack on campus this afternoon and multiple buildings being close, we are canceling classes and events for the remainder of the afternoon and evening while the investigation is in progress. There is currently no ongoing threat on campus.”

David Carter of Chief of Police at UT Austin confirmed that one student had been killed and three others were being treated for serious wounds made by a “large Bowie-style hunting knife.”

More photos from the scene: pic.twitter.com/XZpymHUvgt

UPDATE: The following message allegedly from the CCW student has been shared on Twitter: 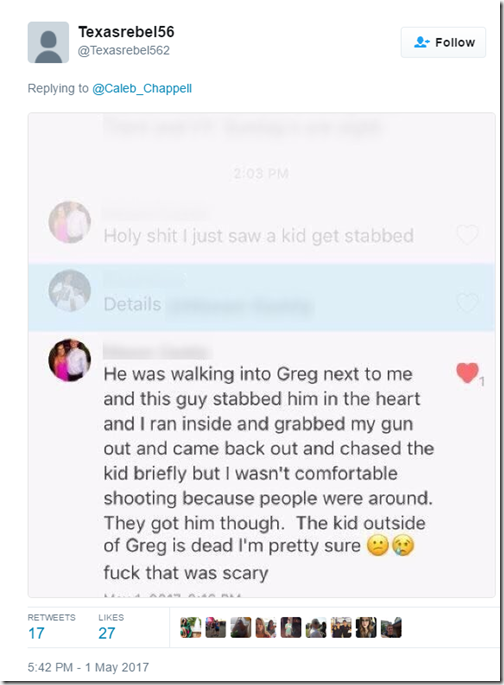