There is an epidemic that I’ve mentioned in past articles, and it’s spread to every continent: the epidemic of antibiotic resistance. Overuse of antibiotics in both humans and livestock (80% of antibiotics go to animals we eat) has resulted in drug-resistant strains of various microbes, including tuberculosis and salmonella. 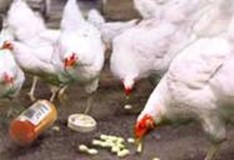 80% of antibiotics go to livestock

In the last few years, no new antibiotics have come down the pipeline. Some current drugs are in their fourth generation, as pharmaceutical companies tweak existing medicines to gain time before the next resistant bug appears. This standstill bodes badly for a world that’s accustomed to technology moving at a faster pace every year. The era of totally drug resistant diseases may be dawning: A variant of tuberculosis in India that defies every method of treatment already exists.

A rare bit of good news, however, on the antibiotic front is the discovery of the first truly new antibiotic in decades: Teixobactin. It wasn’t born in a laboratory; it was found in the dirt beneath your feet. Researchers have suspected that the soil’s bacteria might have much to teach us regarding how to fight disease. Different species of bacteria battle each other every day. Most bacteria, however, don’t grow well in laboratories.

Now, the journal “Nature” reports that scientists have figured out how to grow previously un-culturable bacteria using an electronic “isolation chip”. They report that they have isolated a new antibiotic, Teixobactin, which they claim has no detectable resistance issues. It apparently works well against organisms that have become hardened to standard antibiotics, like Staph. Aureus and Tuberculosis.

There are millions of uncultured bacteria in the soil that are yet to be grown and investigated. This new method of isolating these bacteria may lead to a number of new antibiotics. As well, other medicines for treatment against cancer, inflammation, and immune issues may one day be developed; it’s been described as the “tip of the iceberg”.

Teixobactin and other drugs are still in the FDA pipeline, so it’ll be a while before you’ll be given a prescription for it. Serious side effects have to be ruled out before it goes to the general public. Let’s hope that this new method will lead to more breakthroughs. 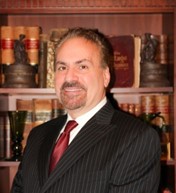 Dr. Bones and Nurse Amy have a series of DVDs on various medical preparedness topics, including Survival Medicine, Pandemic Preparedness, Guide to Medical Supplies, and Wound Care/Suturing/Stapling. Check them out at: http://store.doomandbloom.net/