US military prepping for coronavirus pandemic

U.S. Northern Command is executing plans to prepare for a potential pandemic of the novel coronavirus, now called COVID19, according to Navy and Marine Corps service-wide messages issued this week.

An executive order issued by the Joint Staff and approved by Defense Secretary Mark Esper this month directed Northern Command and geographic combatant commanders to initiate pandemic plans, which include ordering commanders to prepare for widespread outbreaks and confining service members with a history of travel to China.

The document serves as the Pentagon’s blueprint for planning and preparing for widespread dispersion of influenza and previously unknown diseases.

U.S. Northern Command said Wednesday it was directed the Joint Staff Feb. 1 to commence “prudent planning” in their assigned role synchronizing the department’s plans for pandemic flu and disease.

But in no way “does the planning indicate a greater likelihood of an event developing. As military professionals, planning for a range of contingencies is something we owe the American people,” Navy Lt. Cmdr. Mike Hatfield said.

“We coordinate with other combatant commands to assess potential impacts in the event of a pandemic and we ensure the U.S. military is poised to respond as required,” Hatfield said in a statement. “The military profession fosters a culture of planning, and the fact that we are coordinating planning efforts across the geographical combatant commands is consistent with how we prepare to respond, if directed.”

According to the Marine Corps message MARADMIN 082/20, commanders are to review their disease containment plans and take “preparatory and precautionary actions” to protect service members, installations and ships.

This includes ensuring that the plans contain procedures for “response, isolation, quarantine, restriction of movement and community based intervention” as well as developing measures to contain and treat those possibly exposed. 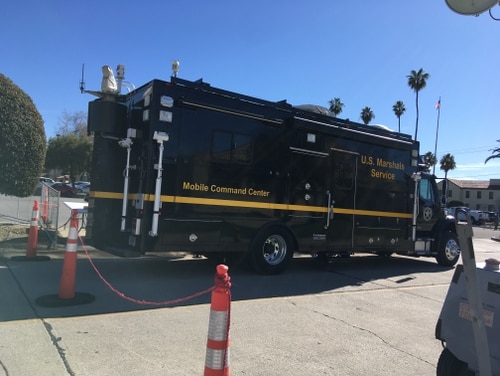 The Marine Corps’ mission, according to the message, is to “prepare for potential outbreaks of [COVID19].” The service must “mitigate, respond, and recover from the effects in order to maintain force readiness.”

COVID19, the flu-like virus that originated in Wuhan, China, is now responsible for killing more than 1,100 people and sickening at least 45,000. While the rate of new cases has fallen in the past several days in Wuhan and Hubei province, the death toll continues to climb, topping more than 100 in a single day in China.

DoD 3551-13 calls for preparing for a pandemic and ensuring open lines of communication in the community, diseases surveillance and detection, response and containment.

According to the service messages, military commanders have been asked to confine any service member who has been to China since Feb. 2 to their residences or, if they live in an open barracks or share a bathroom with others, restrict them to a temporary lodging facility for 14 days.

The restricted service members will be assessed daily for fever by medical personnel by phone or in person and wear protective gear if they personally conduct the medical checks, according to the messages. Should they display symptoms, they must seek medical attention, but call their military treatment facility first to inform them of their travel.

The Marine Corps message advises civilian employees and contractors, as well as any family members returning from China, to follow Centers for Disease Control and Prevention guidance to detect the virus and prevent its spread, which include voluntarily remaining at home, limiting close contact with people and animals, self-monitoring and seeking medical care if symptoms develop.

The Navy has included visits to Hong Kong and Macau as part of its directive and gives commanders the flexibility to decide whether they need to confine a service member who has had close contact with a person who has traveled to the region.

The Marine Corps also has told commanders to work with military treatment facilities on developing and executing any response and stay up-to-date on CDC guidance regarding the virus.

The Army issued a service-wide message Jan. 31 on the coronavirus advising its members on the illness’s symptoms and instructing them on reducing their risk of catching the infection. The message was issued the same day the Pentagon released an advisory about how service members can reduce the risk of catching the disease.

It does not publicly release its service-wide messages and has not issued any since the executive order.

The Air Force does not publicly disclose its service-wide messages.

Since the outbreak began in late December, individual commands, especially those in Asia, have enforced confinement of service members with a travel history to China. Earlier this month, U.S. Forces Korea began confining troops who had traveled to China for 14 days.

Also earlier this month, U.S. Indo-Pacific Command restricted all Defense Department travel to mainland China and recalled all travelers to the country home.

Dr. Nancy Messonnier, director of the National Center for Immunization and Respiratory Diseases, said Monday that the likelihood of more cases being diagnosed in the U.S. of COVID19 is high, but added that the chance of contracting the disease outside China remains low.

She said the biggest infectious disease threat to the American public this year remains the influenza virus, which has sickened more than 22 million and killed at least 12,000.

Precautions against the coronavirus, which include hand-washing, staying home if ill and sneezing or coughing into a tissue or sleeve, also cut down on flu transmission.

“We are taking all appropriate precautionary measures to prevent any potential spread of the virus,” U.S. Forces Korea commander Army Gen. Robert Abrams Feb. 2. “Key for everyone is to follow standard hygiene protocols, and if not feeling well — get screened ASAP!”