11/27 – New ISIS propaganda poster in circulation on social media shows Santa overlooking Times Sq. w/ case of dynamite at his side along with threat. See email.

12/1 – Controlled detonation of of suspicious pkg in Potsdam Christmas market completed. Device rptd to have contained contained nails and was left near childrens carousel.

On seven occasions this week AlertsUSA subscribers were notified via SMS messages to their mobile devices regarding new threats by the Islamic State. Beginning Monday, AlertsUSA subscribers were informed of a new propaganda / threat poster published by an Islamic State’s media arm and widely circulated over social media platforms showing a figure dressed as Santa Clause overlooking a crowded Times Square with a case of dynamite at his side along with the threat;

“We meet at Christmas in New York… Soon.”

This was followed on Wednesday by the Islamic State’s release of a horrific new hour long video with English narration entitled ‘Flames of War II’ which references past attacks for which they have claimed responsibility ranging from Nice, France to Las Vegas, positions battlefield losses of Raqqah and Mosul as tests for true believers and the purification of jihad’s ranks, threatens President Trump, and ultimately the raising the Islamic State flag over the White House.

Two additional propaganda / threat posters were also published by the Islamic State later in the week carrying threats of attack on both a busy shopping street in Amsterdam, as well on the Mormon Temple in San Diego, California. [Late Addition: Another was issued early Saturday morning threatening an attack on London.]

It is important to bear in mind that that many, but not all, attacks by the Islamic State in Western countries have been preceded by the release of propaganda posters and other public threats. Thus, notification of the release of such posters should be duly noted if you live in or are traveling to the locations specified therein.

The four posters we reported on this week are shown below: 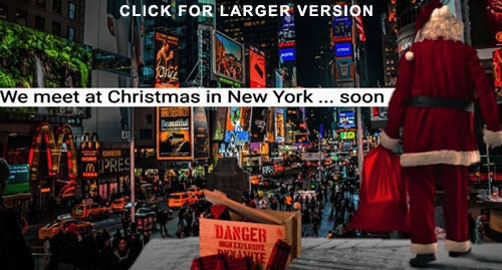 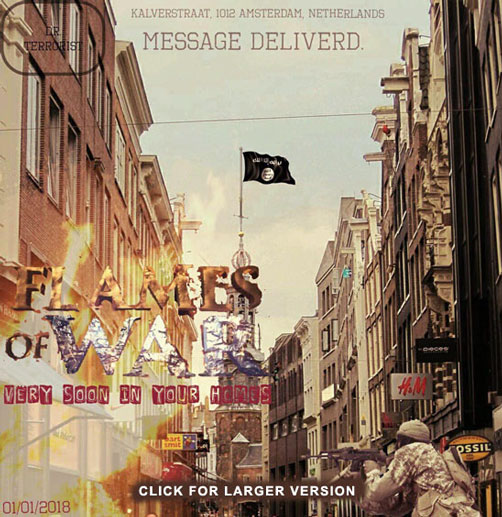 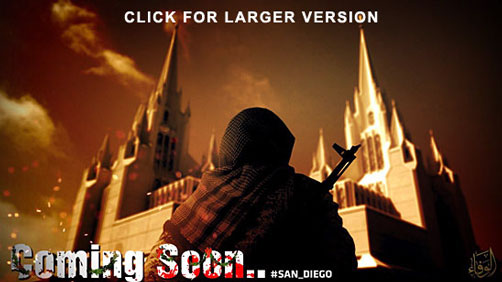 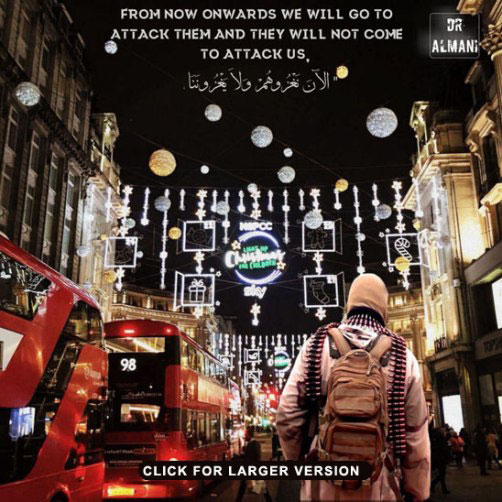 On Friday, AlertsUSA subscribers were also notified of the evacuation of a Christmas market in the German city of Potsdam near Berlin following the discovery of a nail-packed bomb in front of a pharmacy near a children’s carousel. This incident is significant as just under one year ago, Germany experienced one of it’s worst terror attacks when a Tunisian asylum seeker intentionally drove a large cargo truck through a busy Christmas market, killing 12 and injuring 56. The truck’s original driver was found shot dead in the passenger seat. The Islamic State claimed responsibility.

Readers are reminded that not only are end of year holidays wonderful times of thanks, worship and celebration with friends and family, they are also, with growing regularity, a prime time for angry Muslims / Islamists to carry out terrorist attacks in the West.

11/28(g) – DPRK special news broadcast moments ago claims successful test of Hwasong-15 ICBM “which can reach all of the mainland US.”

On Tuesday, AlertsUSA subscribers were some of the first in the nation to learn of North Korea’s latest ballistic missile launch. In this latest test, the new missile, referred to as the Hwasong-15, flew both high enough (approximately 2700 miles) and long enough (approx. 54 min) to demonstrate that it was fully capable of delivering a nuclear payload to anywhere in the United States and beyond. In addition, one of the more disturbing aspects of this demonstration was the fact that the massive ICBM was launched from a mobile platform just outside of Pyongyang.

Following the launch, N. Korea’s formal statement indicated that the Hwasong-15 could be armed with a “super-large heavy nuclear warhead” and is capable of striking the “whole mainland” of the United States. The report went on to say that N. Korean leader Kim Jung Un declared that the country had now finally realized the great historic cause of completing the state nuclear force.

Also on Tues, AlertsUSA subscribers were informed of statements by a senior N. Korean official that the country has two final steps remaining to achieve the goal of a strategic deterrent. The first step is the “testing of a long range ICBM” capable of reaching the USA. The second step is an above-ground nuclear detonation or a “large scale hydrogen bomb” test. The official indicated that both steps are necessary for the DPRK to send a clear message to the Trump administration.