When it comes to emergency lighting, flashlights and lanterns rule.  The problem, however, is that they require a power source, be it batteries, propane, or some other type of fuel.  There are candles, of course, but candles do eventually burn out, plus, in some environments and especially around children, candles can represent a safety hazard.

The option of choice, for many, is solar lighting.  Indeed, I have a SunBell that gives off a lot light and is easily recharged, even on a cloudy day.  That marvelous piece of gear comes at a price though.  At, $70, it is well worth the cost for one but just how many can I afford?  (In all fairness, the SunBell also charges my phone and other portable devices.) 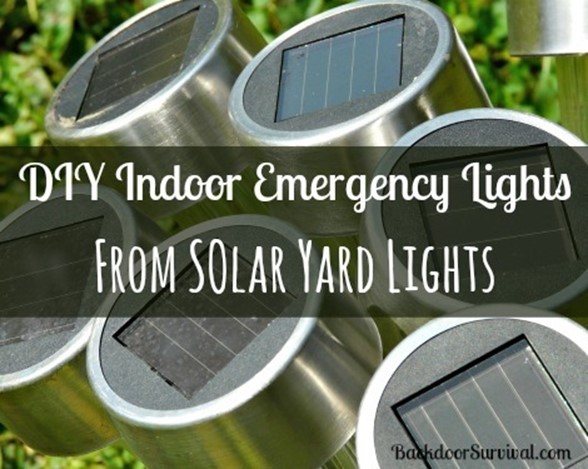 With that introduction, today I am going to show you how to make your own DIY emergency lights from solar yard lights.  This is not a new concept and many of you are undoubtedly already using these lights yourself.

Before you yawn off though, let me explain that in this DIY, we will be adding a switch to those ubiquitous solar yard lights, so that once the lights are charged up, you can turn them on then off again, thus mitigating setting them out in the sun each day.

How to Make Emergency Lights from Solar Yard Lights

Using inexpensive solar yard lights for emergency lighting inside your home is an easy deal.  Charge them up in the sun, bring them inside, and you have light. The problem, however, is that once the activation tab is pulled on the lights, they have to be put in sunlight each day to ensure that the battery is charged up and ready to go during an emergency. This is not a practical solution.

To get around this, some people do not pull the activation tab until the light is actually needed in an emergency. This essentially is a onetime use. Again, not a practical solution.  We are going to solve this conundrum by installing a micro switch that can turn solar lights on or off whenever we want.

To being with, you are going to need a solar yard light.  There are various makes and models of solar yard lights available.  In this article, I am using a 1 lumen light purchased at Wal-Mart but you can find comparable solar lights just about anywhere, including your local hardware store or Amazon. 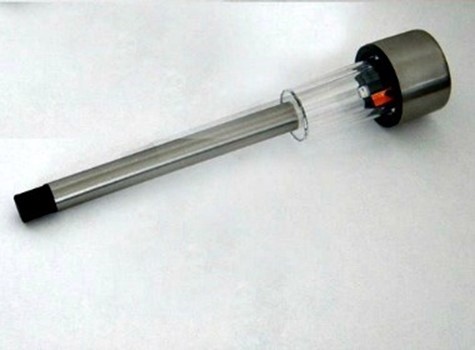 You are also going to need some “Micro Switches”.  If you can not find them locally, they can be purchased from Amazon (see these) or from eBay.  When shopping on eBay, search for “On Off Mini Push Button Switch for Electric Torch.” Usually you can buy 10 micro switches for $1.99 and that includes shipping. They are shipped directly to you from Hong Kong, so allow some lead time to get your micro switches.  Amazon is faster but still relatively inexpensive.

First remove the screws holding the base plate to the solar unit. There are 3 screws on the light shown. 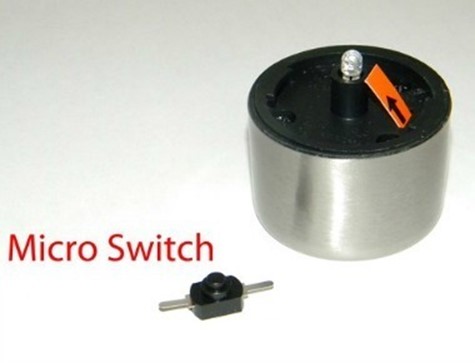 Carefully clamp the base plate in a vise. Drill a hole through the base plate, slightly larger than the diameter of the round part of the switch base. A ¼” drill bit was used on the light being modified. It is easier when you first drill a small pilot hole. 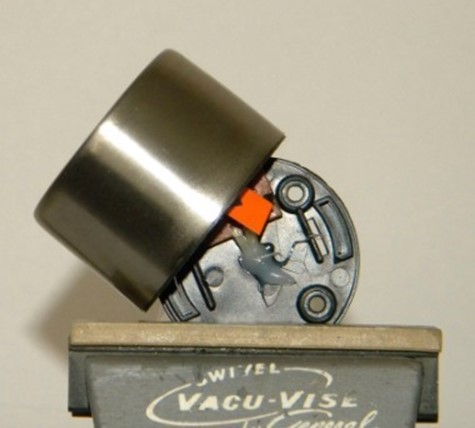 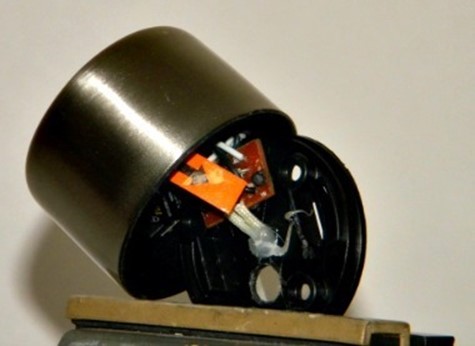 Attach the micro switch to the base plate. Shoe Goo (good to have in your preps regardless), works very well. A hot glue gun would also work well.

Turn the switch so that one of the leads is as close to the small circuit board as practical. If necessary, trim the glue the manufacture used above the hole as shown so that the switch mounts flat to the base plate.

Locate the wire that goes to the negative end of the battery. Cut this wire, leaving enough length to attach the wire coming from the circuit board to the closest terminal of the micro switch. Carefully remove enough of the wire insulation to expose a short length of bare wire. 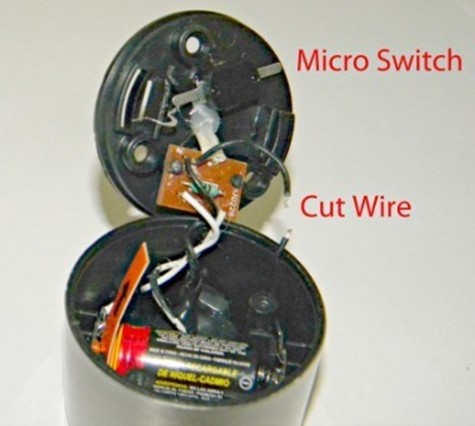 Locate some wire with about the same gauge as the wire cut. Don’t worry about the color of the wire as no one will ever see it. Solder about 1″ of additional wire to the wire coming from the ground end of the battery. You can insulate the wire splice if you wish with Shoe Goo or other cement.

Next, solder both ends of the cut wire to the micro switch terminals. 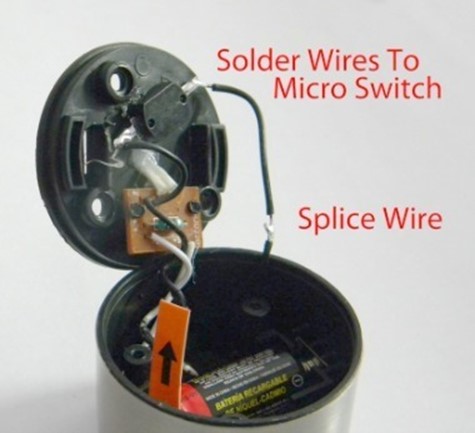 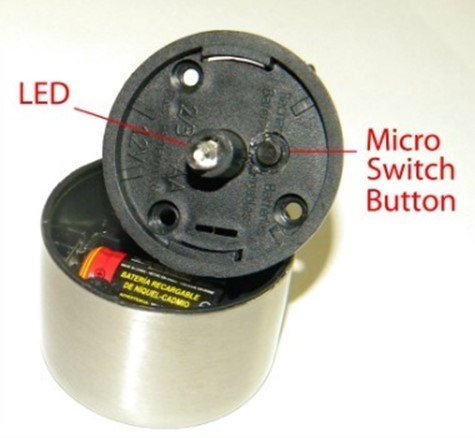 When you want to turn your modified solar lights on or off, simply push the micro switch button.

When turned on, you can expect it to provide light for up to eight hours.  Keep in mind, though, that lights having only 1 lumen do not put out a lot of light,  That said, if you place several in a dark room, you can see well enough to easily move about without running into things.  Also, if you turn the lights upside down, they stand up very well

Something to remember is that you will need to turn the light on when you take the light outside to recharge it in the sun. Likewise, turn the light off when you remove it from the sun light. The beauty of this is that when the solar light is not in use, the battery will stay charged for a long time before needing recharging.

Here is one last additional tip. If you have a lot of lights to charge up outside at once, create a charging stand by drilling holes in a board to hold the lights when the bottom of the solar light has been removed.

To be truly prepared, we all need options as well as redundancy.  The beauty of these DIY indoor emergency lights is that they are inexpensive if not downright cheap, and can be used over and over again without reliance on an outside power source.  In addition, although they do need to be charged in the sun, most of the better quality yard lights will also charge up in the shade.  They just need more time.