Another great bit of information from our friends at everydayroots.

Here’s a recipe for an all-natural cough syrup that is great for adults, and can be adjusted so that it excludes honey when using for young children. It saves money, tastes better than it sounds, and is healthier (and probably more effective) than over-the-counter cough medicine to boot. Using OTC cough medicine is just extra money spent, extra chemicals, and a nasty flavor, none of which you need when you’re already battling a cough.

Note: If you have a productive cough, as in your coughing up mucous, avoid suppressing it. The action of coughing is important to loosen up phlegm or mucous and get it out of your lungs. 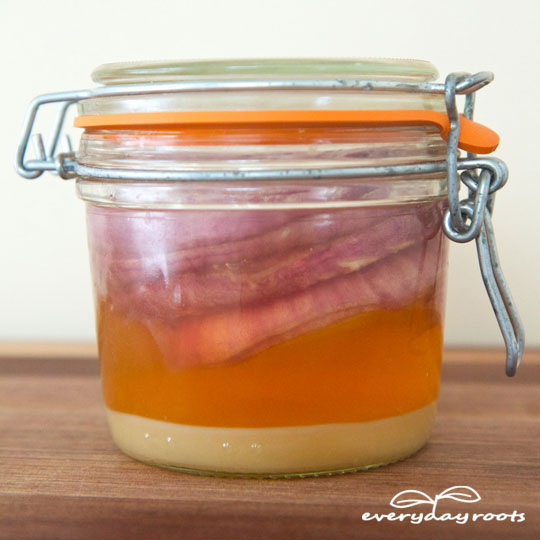 Why red/yellow onion or garlic: Onion is contains a milder form of some of the active components in garlic, but both strengthen the immune system, work as natural anti-biotics, anti-inflammatories, and expectorants (they loosen up mucous so you can cough it up.) 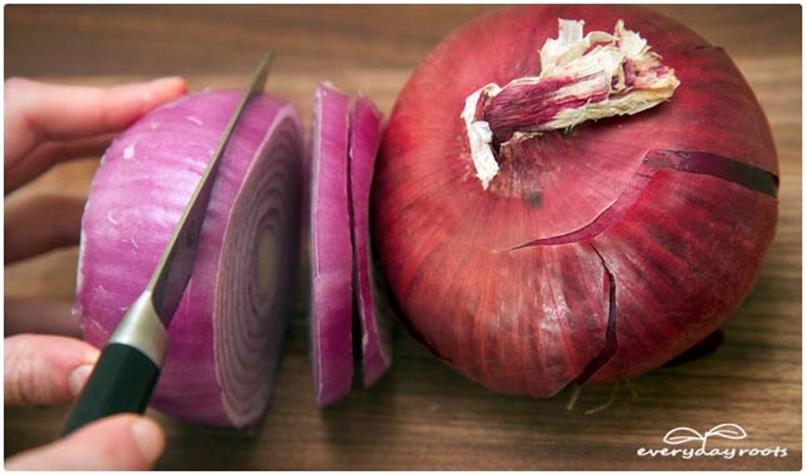 Why honey: If you have a dry cough, honey is great for soothing itchy and irritated throats. It’s also a natural anti-viral, anti-bacterial, anti-fungal wonder ingredient (although hopefully if you have a cough you won’t need the anti-fungal part.) 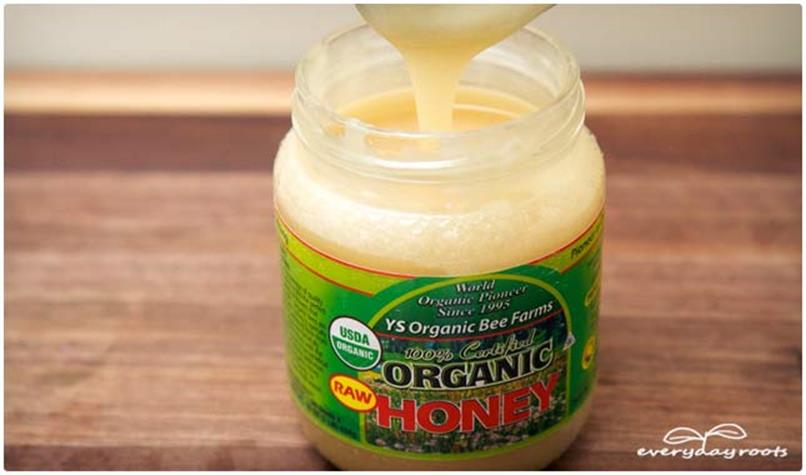 Why brown sugar/white sugar: A spoonful of sugar makes the medicine go down right? Besides making this syrup a little easier to swallow, it can help thicken the syrup up a bit.

-A jar or something similar with a tight fitting lid that will comfortably but snugly hold your onion. 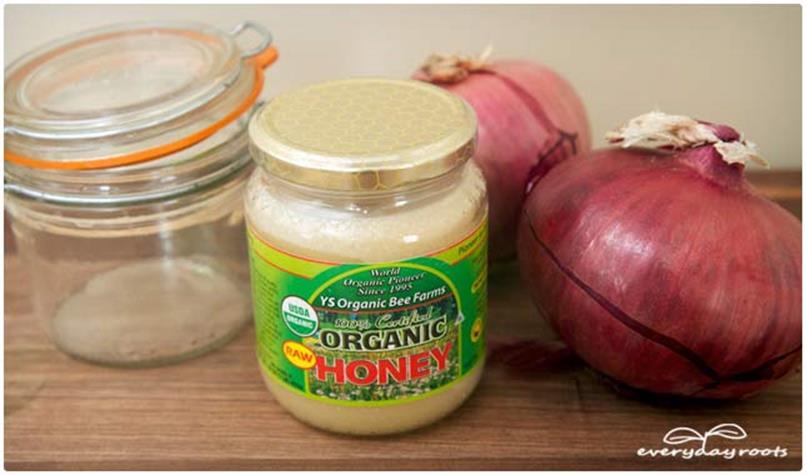 Slice the onion evenly. Place the base of the onion in your jar, and then pour honey in a layer over it (or cover in a layer of sugar, if that’s your sweetener of choice.) Continue to alternate layering the onion and sweetener. When you’re finished, cover tightly and let it sit overnight out on the counter, or for 8-12 hours. After it has sat out, there will now be liquid in the jar. Use a spoonful as needed to control your cough (3 spoonful’s an hour, if needed.)You can use both the honey and brown sugar if you like, just adjust the layering accordingly, and remember that it will be sweeter! If you choose to use garlic, unlike onion, there is no exact amount to put in. Start with 9-12 cloves or so roughly chopped and find your flavor balance from there. Just remember you shouldn’t use too little; otherwise it won’t work as well. 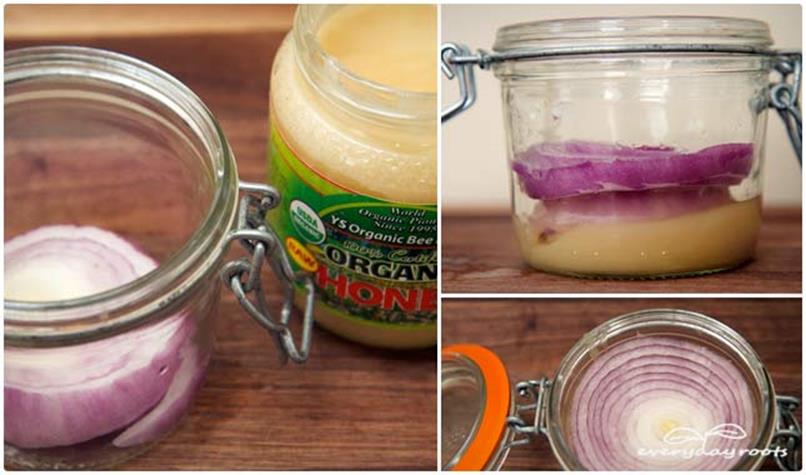 If you have a child too young to have honey, don’t despair because every single home cough remedy seems to have honey in it! The above recipe can be safely made for youngsters-just omit the honey and use only the sugar.

Note: This syrup should be used fresh. After you make it, you can store it in the fridge for up to 2 days. After that, just whip up another batch.

– Red onion lends itself to a slightly milder tasting syrup, and generally goes better with brown sugar (in my opinion) while a regular yellow onion tends to taste a bit stronger, and blends a little more with white sugar.

– Feel free to leave out the sugar and just use honey, or vice versa.

– If onion or garlic sounds scary to you, I promise, it’s so, so, so much better than over-the-counter stuff!

I get so bleary and teary eyed when I chop onions, I can barely see where I am putting the knife. If already have a bad cough, I really don’t need the stinging eyes, or a missing finger. For a Christmas present one year, my significant other got me a pair of onion goggles. Oh how they have saved my life (and my fingers.) If you find yourself being particularly bothered by onions when you slice them up, I would highly recommend these. 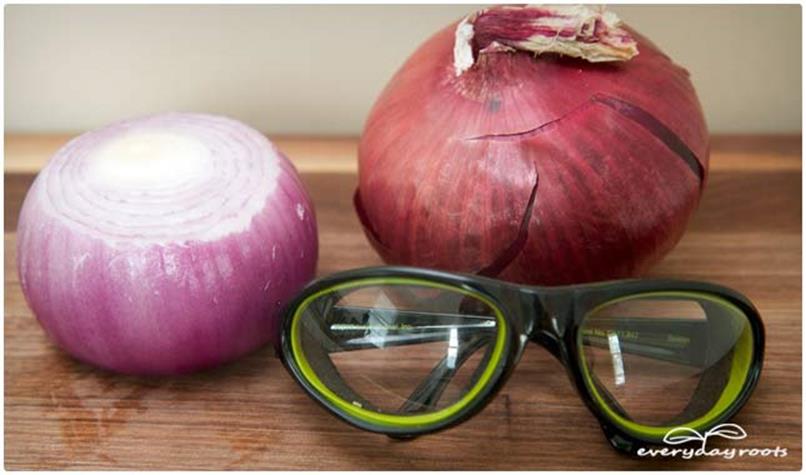 Does cough medicine actually really do anything?

The taste of over-the-counter cough syrup is almost reason enough to suffer through a persistent cough. Taste aside, it turns out they actually don’t do as much as we thought they did, if they do anything at all. In 2006 The American College of Chest Physicians did a study that found that, despite the billions of dollars spent every year on them, cough syrup did not work for people with coughs caused by a virus. Brushed aside by big companies claiming that their products “wouldn’t be so popular if they didn’t work” this study did not get the credit it deserved. In 2010, a review of studies found there really isn’t any evidence over-the-counter cough medicine did anything-even ones with ingredients like dextramoraphane of guafesenin. Those with codeine had such trace amounts they would have no real effect (which makes sense, since they’re selling it over the counter.)

In 2008, the FDA put it out there that because there was no proof of them actually working, and little research on side effects, cough syrup should be avoided in children under the age of 4. The American Academy of Pediatrics took this a step farther, saying to avoid use in children under 6 (thanks, mom, for making me drink nasty syrup out of that silly little plastic cup!)

If they don’t necessarily do anything then, why do we spend so much money on them?  A lot of it is probably because people take comfort in them-and don’t ever, ever, ever, underestimate the power of the placebo effect.