I’ve carried a gun everywhere the past four years. In fact, my love of guns goes way back.

As soon as I turned of age, I applied and received my concealed carry permit, and since then have carried a variety of guns. Honestly, leaving my gun at home makes me feel naked. It’s almost like I forgot my shoes that morning.

I carry a firearm not because I’m paranoid and hate everyone. I’m actually quite a jolly, friendly person, and I don’t feel everyone is out to get me. But just as I provide for my family, I believe that my personal self-defense, and the defense of my family, is a responsibility that lies solely with me. So I carry at work and on vacation, and I have one within arm’s reach at home.

Sometimes, though, you enter a facility where you can’t legally carry a gun. That happened to me recently at a government building that prohibited any type of self-defense weapon. This got me thinking: What, if anything, could I use as a weapon if something happened?

This is where “improvised” weapons come into play. These are items not usually seen as weapons but that can be used as such. There are a number of different factors one has to consider when looking for an improvised weapon:

Is using an improvised weapon better than punching, kicking or biting? Often the answer is pretty obvious.

Now let’s say a chair near you weighed 50 pounds. More than likely, its weight is going to prohibit it from being an effective weapon. You have to be capable of employing it fast and effective without training.

An improvised weapon is a common item that appears utterly harmless. This is more focused on if you are planning to carry it every day.

1. Keys. I don’t have a large key chain. However, even the nine keys on my keychain could be used to strike and scratch an enemy or attacker. Of course, the old between-the-fingers-and-punch attack may work, but that’s a bit of a stretch. Yet what if I attached some paracord to it? Or a little lanyard, just a couple of inches long? I then could have a handle to swing the keys.

Another option is using one key, a large one, like an automobile key. Place the end of the key in your hand and position the tip between your index finger and your thumb. This gives you a short, but stout stabbing or slashing implement. These require you to get close and nasty, but it’s a bit better than throwing a punch. 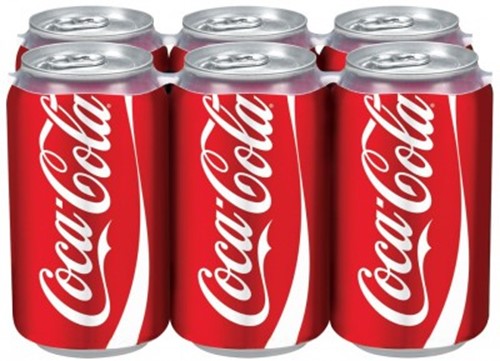 2. Soda can. This one is remarkably simple and easy to do. A can of soda can be twisted, folded and bent into a rather sharp knife. This requires something like a key to create the initial puncture. One downside is that it takes a few minutes to do correctly. You have to form the aluminum into a blade-like object, and fold or roll the material to make it stronger.

Another option is, if your soda can is still full, to use it as a projectile. Such cans are easy to throw and heavy enough to hurt. Another wild choice is to wrap the can in some cloth and swing it like a mace. The cloth can be something as simple as a sock; shove it in there and use it like a madman’s makeshift mace.

3. A bag. Speaking of crazy madman maces, an excellent makeshift weapon can be made from almost any bag. This includes purses, backpacks, baby bags, messenger bags … you get the point. With a bag, you already have a swing-able weapon capable of striking farther than your fists. Add some weight to it and you can have a potentially lethal weapon.

It’s simple to use and easy to carry. A messenger bag with its long strap will probably work the best. A modern laptop has a bit of weight, as does a good hardcover novel or textbook, and of course you can always throw a couple of sodas in it.

4. Pens, scissors, staplers and other office supplies. It always blew my mind that I couldn’t carry a three-inch pocket knife in some places, but there was easy access to scissors with four-inch blades. That being said, of course pens, scissors and staplers are excellent weapons.

Clearly a standard Bic pen is a poor fighting instrument, but it could be used for strikes to the neck and eyes, but those are hard to score in a fight. However, a solid metal pen can do some damage. A heavy metal stapler can be used as a swinging weapon, and scissors are pretty self-explanatory. Don’t forget: If your office has one of those large paper cutters, the blade can be removed easily.

5. Bathroom. Air sprays like Febreze and Lysol have a very distinct stinging effect when applied to the eyes. As metal cans, they are also half decent blunt instruments. The same goes for Windex and most any cleaner. Also, if you’re strong enough to wield it, the lid to a toilet tank is an effective and heavy blunt instrument.

This list is obviously short, as I wouldn’t have time in the day to write every single object and how it could be a weapon. Instead of relying solely on this article, identify items during your day that could be used as weapons. Make it part of your day-to-day situational awareness, and you’ll soon learn that improvised weapons can be solid self-defense weapons.