This Is What Happens When the Good Guy Has a Gun

As anti-gun lawmakers the country over work towards achieving a Utopic society without the Second Amendment, the fact is that those who would do harm to innocent people will not go away. Not only will they never give up their guns should they become illegal, but they’ll happily commit their crimes with knives, blunt weapons or even cars if that’s what it takes to get what they want.

The great equalizer since its invention in the 14th century has been the gun and as shown in the video report below, it still is.

A Houston, Texas woman was recently leaving a retail store with her children when she was jumped by two individuals who intended to snatch her purse. They dragged her with their vehicle and were just about to get away.

But before they had a chance to flee the Concealed/Carry version of a Good Samaritan stepped in to save the day.

This is what happens when the good guy has a gun and takes a stand against crime.

A man in another car nearby heard the screams, pulled out his pistol and rushed to the victim’s aid. He stopped the would-be robbers, holding them at gunpoint until the police arrived.

Police identified the suspects as Shamarion Daina Brooks, 34, and 48-year-old Jesse Leroy Grace. They were both taken into custody and charged with robbery by threat, police said. Police said Brooks also was charged with possession of a controlled substance while Grace was also charged with driving a stolen vehicle. (Chron)

The six bystanders shot at a FedEx facility in Georgia on Tuesday weren’t lucky enough to have an equalizer on hand.

In Kennesaw, where the shooting occurred, the town has an ordinance stipulating the mandatory ownership of guns for every household in the city. This prompted New York Times writer Timothy Noah to suggest that the debate over gun ownership should be renewed.

There’s a sad twist to the shooting Tuesday morning at a FedEx facility in Kennesaw, Ga., where an employee injured six co-workers before turning the gun on himself. Kennesaw is one of several U.S. cities and towns that have an ordinance requiring every household to own a gun.

What’s most amusing about Noah’s attempt to highlight the fact that every household in Kennesaw has a gun, yet the FedEx shooter still managed to wound six people, is the picture included in the article.

Can you spot the problem? 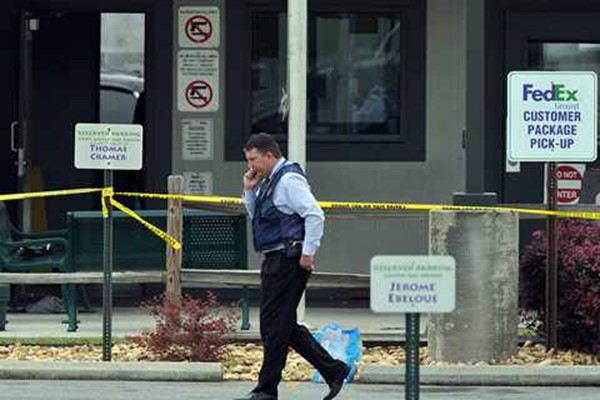 Here is a zoom on the relevant portion, in case you missed it: 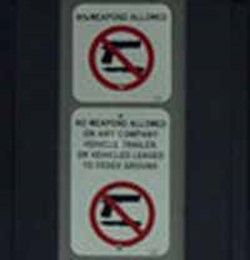 There is not one, but two signs warning potential FedEx customers that firearms were prohibited on the premises.

And where did the teenage shooter go when he decided to open fire on a bunch of people? The question is rhetorical, but follows the same sequence of events as the Virginia Tech, Sandy Hook and Aurora, Colorado shootings.

How would the events at these locations have played out had the signs looked more like one of these? 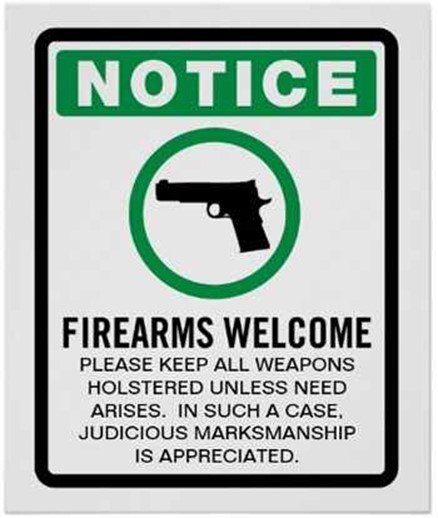 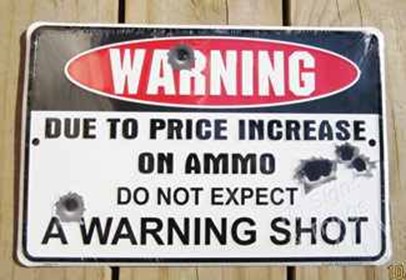 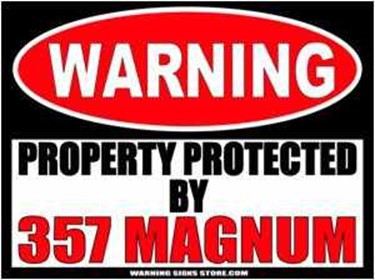 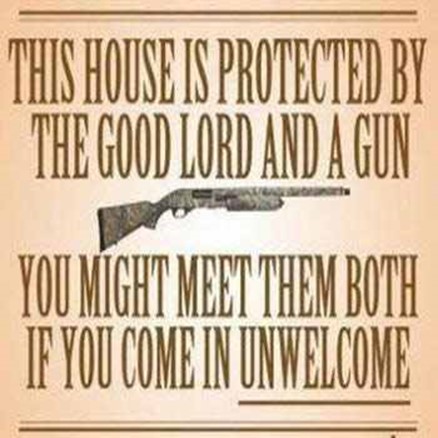 The solution is simple.