This is a REAL Commercial from AARP: “Riots Nationwide Have Prompted The Government To Declare Martial Law” 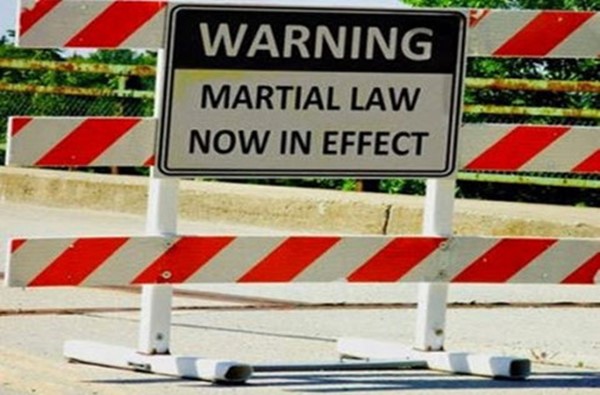 The bizarre world of militarization and propaganda just got a little bit more crazy – and spooky.

A new AARP commercial seems to offer a public service announcement, but if you play close attention to the commercial you’ll hear something very odd playing in the background. As the woman in the video watches the news she is called over to another room by her daughter. In the background (you may have to turn your audio up a little bit) you can clearly hear a news report about “riots nationwide” and a declaration of martial law by government emergency services.

The President is asking that citizens find safety and remain calm.

Authorities are working to contain the outbreak.

Here’s a video with commentary from Infowars:

The full commercial – with subtitles:

Paul Joseph Watson asks the obvious question given public concerns over the Jade Helm 15 exercise coming this summer and reports that the government will be simulating martial law and dissident roundups.

So the obvious question is, why is this subliminal message about martial law being declared by the President after an outbreak appearing in a public service announcement for care giving put out by an insurance company.

It has no place whatsoever within the context of the ad.

Think about this – this had to be specifically created by the company to appear in this PSA. They couldn’t use an actual segment from a tv news broadcast… because they would be concerned about copyright… and because no such broadcast exists about the President declaring martial law in America after an outbreak…

So they deliberately put this in.

And it’s not going to be heard consciously, but it may be picked up subliminally by the viewer.

I mean… what the hell is going on here… this is bizarre.

What’s more, the ad was approved and disseminated by The Ad Council, an organization that essentially now serves as a direct propganda arm of the White House.

None of this makes sense.

Unless, of course, you consider that the American people are being psychologically prepared in advance of exactly such an event. Officials within the U.S. government clearly know something big is coming and they have been simulating collapse scenarios for many years.

The American people, however, remain oblivious.