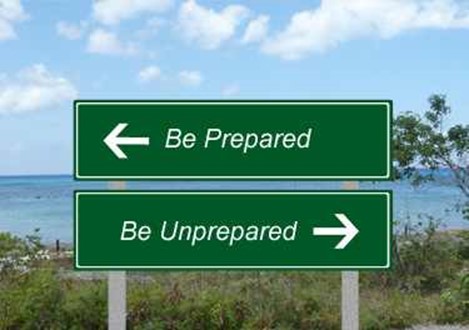 For many of us, the phrase “Be Prepared,” is a familiar motto associated with the Boy Scouts of America. However, in this day and age of absolute uncertainty, it is imperative that we all have a plan that ensures we have taken the measures to be prepared for any, and all events. The prepper movement appears to be exploding across America, and among those joining the ranks of preppers, are people with serious concerns about the future of our country.

Natural disasters are just one area of interest for people in the prepper movement, political disasters are another. Of the two, political disasters are drawing the majority of new members into the prepper movement. Millions of illegal immigrants are already in America, and tens of thousands more are swarming across our borders, as a direct result of the current administration’s willingness to turn a blind eye, and grant them amnesty if at all possible. We are at the precipice of a major turning point in American history folks, and if we are not prepared properly, we shall certainly suffer the consequences.

“A massive surge of illegal immigrants is underway, with newly leaked photos revealing hundreds of immigrant children packed like sardines in detention centers.

Illegal immigrant minors are crossing into the U.S., and border patrol is overwhelmed and unable to care for them. The government has been putting them on buses and “dumping” them on street corners in cities like Phoenix, Ariz. Military bases in Texas, California and Oklahoma are also being used to house them.

The problem could reportedly go from bad to worse. Officials say 6,560 unaccompanied minor aliens crossed the border in 2011. This year, it’s estimated that the number will jump to more than 90,000.

Unlike Mexican citizens, illegals from Central America can’t be sent home; they must be turned over to HHS and are released to family and friends.

“This is a crisis of the federal government’s creation, and the fact that the border remains unsecure – now apparently intentionally – while this operation continues full-steam ahead is deplorable,” Arizona Gov. Jan Brewer said in a statement.

Judge Andrew Napolitano weighed in tonight on “The Kelly File,” blaming the president for not enforcing the law.

“The president of the United States personally and directly caused this with a telephone and a pen,” he said, explaining that Obama has been encouraging illegal aliens.

Filmmaker Dennis Michael Lynch has been warning of this crisis.

“Entire villages are emptying out and coming from Central America through Mexico to the United States,” he told Megyn Kelly tonight, calling this “the tip of the iceberg.”

Now, the administration is asking for $2 billion to address the issue.

“This may energize the president’s base for the November elections, but this will totally alienate independents and middle Americans who will have to pay for this,” Napolitano said.

The judge said the government is giving free food, shelter, clothing, health care, education and lawyers to these children.

Maybe you don’t think an influx of illegal immigrants is worth worrying about. Perhaps the small town, or community you live in, hasn’t been chosen as a dumping point. The truth of the matter is this; regardless of where you live, this affects us all negatively. We are sorely lacking in so many areas of providing for our own, the financial burden placed on us by allowing illegal immigrants to stay in our country, will only continue to expand in the coming months and years, as more immigrants flock illegally to America knowing they won’t be turned away