Over the last few years there’s been a HUGE growth of interest in pretty much anything dealing with Survival and TEOTWAWKI (“the end of the world as we know it”).

Nobody can doubt the popularity of TV shows like Revolution, Doomsday Preppers, Dual Survival, Man Vs. Wild, Survivorman and many others. And let’s not forget the recent spike in popular movies like The Road, The Book of Eli, and most recently World War Z, and This is the End.

So what do you guys think? Are all these movies and shows good or bad for the prepping movement?

And why do you think these types of themes are gaining in popularity?

I know, when talking with some friends of mine, they think it has to do with people “sensing” that something isn’t quite right in our society. That it’s gonna get real bad real soon and these shows and movies are just triggering what we all know, deep down inside, is going to happen.

Other friends of mine think it’s just a fad.

Personally, I’m somewhere in the middle of those two extremes. Prepping is a huge part of my life, but whether TEOTWAWKI happens tomorrow, in ten years, or never, I don’t let what I can’t control rule my life.

The only thing I can control is how I respond to the situations I’m faced with — and that’s why I prep.

By the way, I just got word from a Nat Geo representative that they’re releasing a new 2-hour feature on October 27th called American Blackout. It depicts life in the days immediately following a blackout from an EMP cyber-attack.

The film was made in collaboration with expert analysts who supposedly show what would really happen following an EMP attack.

What’s pretty cool is that the film mixes in crowd-sourced material – home footage from real Americans during recent blackouts.

Here’s a trailer to American Blackout

On a personal note, I love watching these shows and movies. Beyond entertainment, I’ll often become aware of weaknesses or shortcomings in my own preps or plans or it makes me consider scenarios that I’ve haven’t before.

But as far as the “general masses” go, if these shows are what’s needed to wake them up out of their stupor and start preparing for the tough times ahead, then I’m all for them.

After all, the more prepared the general populace is, the better off we’ll all be (and the less we’ll need to worry about when times get desperate).

On the other hand, if these types of shows (like Doomsday Preppers sometimes does) causes people to ridicule prepping and turn away those who otherwise would prep because they fear being labeled as a “doomsday prepper”, then I think it does the movement (and preparedness in general) a disservice. 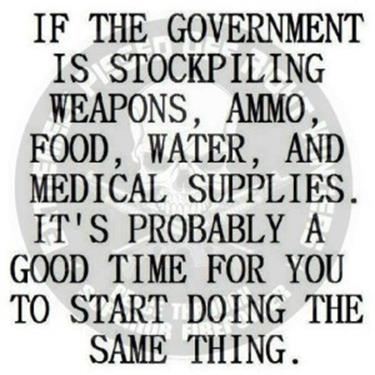