As I learned from working in the areas ravaged by Hurricanes Katrina, Rita, Gustav, and several others, cell phones and land-line telephones are basically useless.  It became obvious very quickly that I could not call home from most areas due to the telephone lines and cell towers being “down” or busy.  Fortunately, I was prepared by having a 2-meter, a 10-meter (both now replaced with a HF/VHF/UHF all band radio), a Citizens Band (CB) radio, and a Uniden Bearcat Scanner which all were mounted in my truck!  The scanner allowed me to hear law enforcement and other agencies that were responding to and working the disaster.

The 2-Meter radio allowed me to contact local authorities and also to monitor rescue and recovery efforts and to plan which routes and areas to work in due to massive damage and debris everywhere.  The CB allowed me to contact truckers and their fantastic network of highway/roadway information! With the 10-Meter radio I was able to make contacts that could get in touch with my family which were several hundred miles away and safely at home!

I use frequencies from five (5) different areas of the radio spectrum to aid in my travels, for safety, obtaining information, and in communication with others.  The areas were:  NOAA Weather Radio, CB (both AM and SSB), FRS/GMRS, VHF Maritime, and most importantly Amateur Radio (Ham Radio). 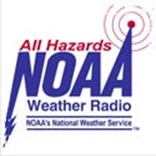 NOAA broadcasts are tailored to specific areas and give specific information to fit the needs of people in the listening area of each NOAA transmitter.  There are currently over 425 transmitters in the United States, Puerto Rico, the US Virgin Islands, Guam, and Saipan.  Canada has its own weather alert system and can be researched on the Internet.  Each transmitter covers a range of approximately 40 miles from the transmitter site.  Currently over 80% of the country is covered by NOAA broadcasts.  This 80% encompasses up to 95 % of the population!

In the United States most NOAA broadcasts are heard 24-hours a day with the weather forecasts being updated as needed.  Special hazards and other warnings are broadcast as needed.  Broadcasts have evolved to a point where most weather radios have “Specific Area Message Encoding” or S.A.M.E. which allows the user to program only the areas they wish to monitor or hear affected by the broadcasts when receiving weather or other hazard warnings.

In times of severe weather in some areas, local Ham radio operators or Skywarn Hams call in on specific radio frequencies and update the local NOAA office with weather reports from their location.  If monitoring the Sky Warn frequencies you will get advanced notice of any hazardous weather in your area!  NOAA operates on seven (7) frequencies outside of the normal AM/FM radio bands.  No licensing is required to own a NOAA Weather radio or to monitor their transmissions.  They are listed below:

I monitor the NOAA frequencies with my Ham radio equipment and have gained very useful information in times of severe weather.  If you purchase a NOAA Weather Radio, these frequencies are pre-programmed allowing the end-user to turn it on and start receiving broadcasts! 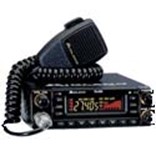 If you did not sleep through the entire 1970’s and 80’s you most likely have heard of and probably once owned or knew someone with a CB radio!  They gained immense popularity with the truckers and then with almost everyone else at some point in the past.  Since 1977 they all have 40-channels.  Some come with single-side band (SSB).  Others have the NOAA channels and some even have Blue Tooth capability.  The radios that have SSB supply 120 separate channels to use in your communication:  40 AM, 40 USB (upper side-band), and 40 LSB (lower side-band).

The United States and Canada have a tremendous amount of over-the-road truckers and most of them utilize CB radio!  When listening to or talking with them you will learn the location of weather hazards, mobile law enforcement, roadway obstructions, traffic jams, accidents, hazardous drivers, good food, rest areas, and much, much more!  (A lot of the older Hams cringe at the thought of CB radio, but the information and safety advantages they provide greatly outweigh their prejudices against the CB and its operators!  By the way, I’m an Amateur Extra Class Ham and a CB’er!)  CB’s utilizes specific channelized frequencies from 26.965 MHz to 27.405 MHz.  Truckers primarily use Channel 19 (27.1850 MHz) for their communications nation-wide with Channel 9 (27.0650 MHz) being the recognized Emergency Channel.  CB’s are used by many 4X4 clubs, hunting clubs, RVer’s, and boating clubs!  Currently you do not need a license to operate on any CB frequency in the United States.

The transmission range of a CB varies greatly with the type antenna, atmosphere, channel, number of other transmissions taking place, terrain, and solar activity.  Most mobile to mobile transmission will be between your location and up to 10 miles out.  Some periods may allow “skip” or “DX” to occur resulting in transmission over 100 miles and up to a thousand mile or more!  However, talking “skip” is illegal under the FCC rules for CB use.  Power is restricted to 4-watts on AM and 12-watts on SSB.  A CB frequency chart is below:

Since I’m the only Ham radio operator in our family, we have a set CB channel and an alternate channel to meet on if an emergency or crisis arises!  It should be noted that even though there are 40 channels on the CB, only one is set aside for any group and that is Channel 9 (Emergency / React Channel) as mentioned above.  Anyone can talk on any other CB channel anytime, anywhere in the United States day or night!

A lot of people have CB’s that have been modified for “Freeband Operation.”  Freeband is operating below Channel 1 and above Channel 40 on the CB band.  In addition, there are frequencies between each CB channel that are utilized in “freebanding.”  Frequency 27.555 MHz (USB is the freeband calling channel.  I keep the Freeband frequencies programmed into my scanner and sometimes hear some interesting conversations. 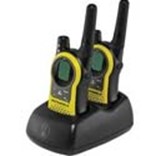 The FRS or Family Radio Service was adopted in 1996 for use by families.  Since then, many businesses use the FRS to aid in their daily communications.  The FRS utilizes improved walkie-talkies and is allotted frequencies that are channelized.   The FRS and GMRS use UHF or ultra-high frequency.  Many FRS / GMRS radios come with sub-audible squelch codes (CTCSS and DCS).  This allows the user to squelch out many undesirable transmissions and conserve battery life.

There are 22 FRS / GMRS channels.  Channels 1 – 7 are shared with the GMRS.  Channels 8 – 14 are for FRS only.  Channels 15 – 22 are for GMRS only.  It should be noted that the FRS does not require licensing where the GMRS requires an FCC license.  The FRS radios are restricted to ½ watt (500-milliwatts) and must have a fixed antenna.  The range of a typical FRS radio is typically ¼ mile out to approximately 1 ½ miles, sometimes maybe further depending upon the terrain and other factors.  GMRS radios may use up to 5-watts of power and offer better range.  A list of frequencies for the FRS / GMRS is below: 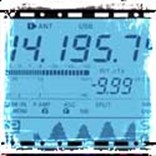 Amateur Radio or Ham Radio licenses come in three classifications:  Technician (entry-level), General Class (mid-level), and Amateur Extra (an Advanced-level).  In recent years it was mandatory to learn CW or Morse Code to progress in each classification, however, now no code is required!

A listing of the bands is below:

The 2-Meter band or the VHF band is where all the local action usually takes place!  All across the United States and many other places, including Canada, the Caribbean areas, Mexico, and Puerto Rico, there is a fantastic network of 2-Meter Repeaters and Amateur Radio clubs that are constantly on the air and are willing to help and relay messages and other information.  Hams on the 2-Meter band contact the local NOAA Weather office in times of severe weather giving updated from their areas to aid in broadcasting weather reports and will give aid to any in need!  This has come in very handy several times while working away from home and also in my home area!  The range of any 2-Meter radio will depend upon the radio output, antenna, repeater height, atmospheric conditions, and other factors.  I regularly talk through one of our local repeaters from as far away a 40 – 45 miles.  I have hit another local wide-area repeater from 52 miles away!

There are many thousands of 2-Meter repeaters in the United States alone!  Repeaters are also on the 6-Meter, 10-Meter, 70-CM, and other bands!  The websites below will give more information on the repeaters in your area:

The bands 160 – 10 Meters are referred to as the HF or High Frequency bands.  They are great when hurricanes hit the United States or when other long distance communication is required.  Many areas along the Gulf Coast and Atlantic Ocean have Hurricane Watch Nets and offer assistance in times of storms or other disasters.  Communications across the country and around the world are possible on some frequencies, with some being better in the daylight hours and some better at night.

When traveling in the coastal areas and along navigable waterways I monitor the Maritime / US VHF Frequencies.  I have provided a frequency list here with two frequencies highlighted.  The highlighted frequencies are the Distress and Information channels for and from Mariners and the US Coast Guard.  It should be noted that to talk on these frequencies a license is required:

When transmitting on any radio equipment, transmitter power must be the minimum necessary to carry out the desired communications.  Different power limits are allowed on different bands.  Some Amateur bands allow up to 1500 Watts (PEP) while the FRS only allows ½ watt!

When monitoring the airwaves you will want to search the Internet for any frequencies in your area or areas of intended travel.  Some CB’s purchased at truck stops are called “import models” and have the capability to transmit and receive out of band (and are illegal to own and operate in the United States).  I scan the “out of band” CB frequencies with my scanner and have found some interesting conversations taking place from all over the US, Canada, Mexico, and areas in the Caribbean!  Since it is illegal to own or use out of band equipment I will leave the researching of frequencies to the individual users.

If interested in getting your Amateur (Ham) Radio license the following two websites offer great information and study guides (books and audio CD’s) can be purchased from them: www.arrl.org and www.W5YI.com

I personally used the Gordon West (WB6NOA) books and audio CD’s to assist in learning the rules, regulations, and necessary information needed to pass the exams!

Remember, to talk on the Amateur or Ham bands, GMRS, and the VHF Maritime bands or frequencies, a license is needed.  Listening or monitoring any frequencies listed here is free!

I look forward to hearing some of you on the air!

We would like to thank Jim for his extensive research and taking the time to provide this information for our readers. As with all areas of survival, the key to success lies in your knowledge and your training.

There is a condensed version for the ham bands available for download as a PDF at http://offgridsurvival.com/wp-content/themes/church_10/images/2012/10/HAMCHEATSHEET.pdf