EPA Fines for Wyoming Family even with proper permit 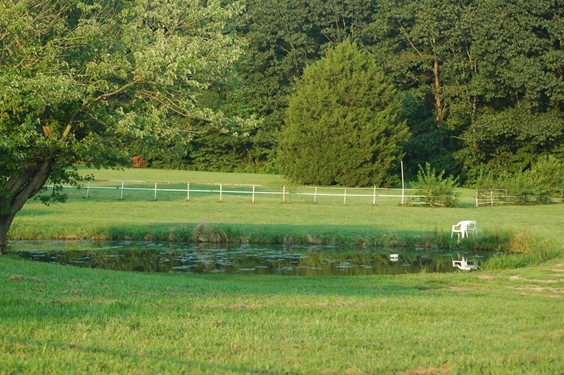 It is becoming increasingly evident that property owners do not actually own the parcels of land they are paying for. Decades ago, if an individual ‘owned’ a piece of property they could basically do whatever they wanted to with it, or on it, such as growing crops, building a stocked pond, etc. Nowadays there are strict rules and regulations one has to contend with. It has been reported that the EPA is considering fines in the amount of $75,000 a day, against a Wyoming family, for building a stock pond on their property.

We cover topics, like building a stocked pond, in our monthly publication, always with the forewarning that property owners should consult local authorities to discover the rules and regulations involved with their region. It seems that even that process can result in problems with agencies like the EPA. The EPA claims the Wyoming family has violated the Clean Water Act, while the family claims they are well within the parameters of the law.

“All Andy Johnson wanted to do was build a stock pond on his sprawling eight-acre Wyoming farm. He and his wife Katie spent hours constructing it, filling it with crystal-clear water, and bringing in brook and brown trout, ducks and geese. It was a place where his horses could drink and graze, and a private playground for his three children.

But instead of enjoying the fruits of his labor, the Wyoming welder says he was harangued by the federal government, stuck in what he calls a petty power play by the Environmental Protection Agency. He claims the agency is now threatening him with civil and criminal penalties – including the threat of a $75,000-a-day fine.

“I have not paid them a dime nor will I,” a defiant Johnson told FoxNews.com. “I will go bankrupt if I have to fighting it. My wife and I built [the pond] together. We put our blood, sweat and tears into it. It was our dream.”

The government says he violated the Clean Water Act by building a dam on a creek without a permit from the Army Corps of Engineers. Further, the EPA claims that material from his pond is being discharged into other waterways. Johnson says he built a stock pond — a man-made pond meant to attract wildlife — which is exempt from Clean Water Act regulations.

The property owner says he followed the state rules for a stock pond when he built it in 2012 and has an April 4-dated letter from the Wyoming State Engineer’s Office to prove it.

“Said permit is in good standing and is entitled to be exercised exactly as permitted,” the state agency letter to Johnson said.

But the EPA isn’t backing down and argues they have final say over the issue. They also say Johnson needs to restore the land or face the fines.

Johnson plans to fight. “This goes a lot further than a pond,” he said. “It’s about a person’s rights. I have three little kids. I am not going to roll over and let [the government] tell me what I can do on my land. I followed the rules.”

The EPA order on Jan. 30 gave Johnson 30 days to hire a consultant and have him or her assess the impact of the supposed unauthorized discharges. The report was also supposed to include a restoration proposal to be approved by the EPA as well as contain a schedule requiring all work be completed within 60 days of the plan’s approval.

The authority of the EPA has recently been called into question over proposed rule changes that would redefine what bodies of water the government agency will oversee under the Clean Water Act.

The proposed changes would give the agency a say in ponds, lakes, wetlands and any stream — natural or manmade — that would have an effect on downstream navigable waters on both public land and private property. “If the compliance order stands as an example of how EPA intends to operate after completing its current ‘waters of the United States’ rulemaking, it should give pause to each and every landowner throughout the country,” the letter states.”