I don’t know if you’ve been following what’s been going down in Connecticut since Jan. 1, but what happens there could very well set a precedent for gun owners across the country. Call it ignorance, call it civil disobedience, or explain it away by saying, “they must not have known”, but however you put it, there could very well be some serious rumbling coming out of Southern New England. 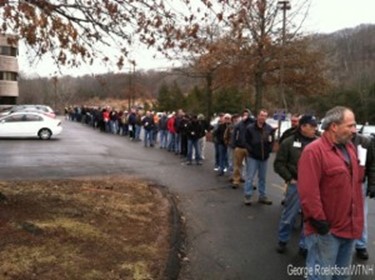 In case you haven’t been following this situation (it’s been downplayed now with other soon-to-be-old-news news stories), I’ll give you a quick synopsis: (you can read this too, or do a Google search on “CT gun rights battle”)On January 1, 2014, the state of Connecticut passed a law that requires anyone owning a gun or guns with certain characteristics (the evil “assault weapon”) – as well as any high-capacity magazines (!), capable of holding more than 10 rounds. Citizens possessing these types of firearms were given a deadline to register these guns and the magazines – there were over 100 types of firearms in the category. Owners were allowed to be grandfathered to keep them, but the guns had to be registered, and the owners fingerprinted and submit all their personal information into a statewide registry. If they did not submit to registering their guns and magazines once the deadline passed, they would be criminals, guilty of a class D felony. A Class D felony in CT is the lowest felony charge, with 1-5 years jail time and up to $5,000 in fines….but the real kicker is that once you’re a felon, you may no longer posses ANY weapon, let alone a dreaded “black gun”. The guns may be seized by the law once you are a felon.

What happened? Well, as can be seen in the photo above, many citizens of the Constitution State (ironic, isn’t it?) fell in line, literally and figuratively, with the letter of the law, and submitted to registering their legally-purchased guns. But it’s what DIDN’T happen that’s causing the stir: an estimated 100,000-350,000 gun owners did NOT register their guns, and only 36,932 high-capacity magazines were registered. Huh. Hundreds of thousands of gun-owning citizens who did nothing wrong guilty of nothing whatsoever – are suddenly felons, with the stroke of a pen and the strike of a clock hand.

Lawmakers are stunned; they expected this to go smoothly. They are now faced with the issue of what to do: backpedal and repeal, no nothing and look like fools, or aggressively go after these suddenly-illegal guns and gun owners. People from all over the country are rallying in support of CT gun owners, and law enforcement officers (some of whom did not register their guns!)  are refusing to enforce the law, as they believe it blatantly flies in the face of the 2nd amendment of the U.S. Constitution. This article sums up the feelings of many of the state’s gun owners, and is worth a read. 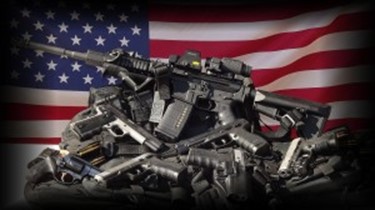 How does this affect us, as preppers, people who are prepared? Well, if things go south for CT gun owners, states across the nation that don’t want their citizens possessing this type of weaponry could drop their own similar bills, stating that Connecticut is now the status quo. Say you wanted an MIA, AK-47, M1 carbine, Mini-14, AR-15 as a SHTF gun? Oops, too bad. Even though you bought it legally with money you worked hard for and it was 100% kosher when you bought it, a government lawmaker (who is protected by people with these same guns) with a hair across his/her ass thinks YOU shouldn’t have it, so you’re now potentially a felon, expect the SWAT team at your door with their AR-15s drawn, anytime now.

Folks, I’ve read articles that state that this is no big deal, but I’ve also read that  as soon as they start enforcing this law on a door-to-door basis, it will be the next revolution, the ultimate slap in the face to the law-abiding citizens and the constitution they live under. The first person that takes a stand for his rights and gets gunned down refusing to give in (having been around gun guys my whole life, I KNOW it will happen if it goes that far) will instantaneously become a scapegoat and a martyr, polarizing a healthy chunk of the nation against each other…and things will go downhill very quickly after that.

I think that what will actually happen will fall between the two extremes – (almost) nobody wants full-scale revolution, especially the lawmakers… but what will transpire is anyone’s guess. It’s definitely worth following, in any case.

What do you guys think of this…the potential outcome, the attack on our rights, the absurdity of it all? I would like to hear from both sides of the fence on this issue, if you’d care to join in. I know I have my thoughts on the issue, but I respect everyone’s opinion, and I hope our readers do as well. Let’s hear it!