How the California Drought Will Affect our Food Prices and Availability

The drought in California is the WORST it’s been in 500 years. The Weather Channel will be offering a special program soon entitled Cracked : The Soil in California.

Stock up now on the items that are produced primarily in California. as soon they may be extremely cost prohibitive or non-existent. California produces approximately 3/4 of all vegetables, nuts and fruits grown in the USA. 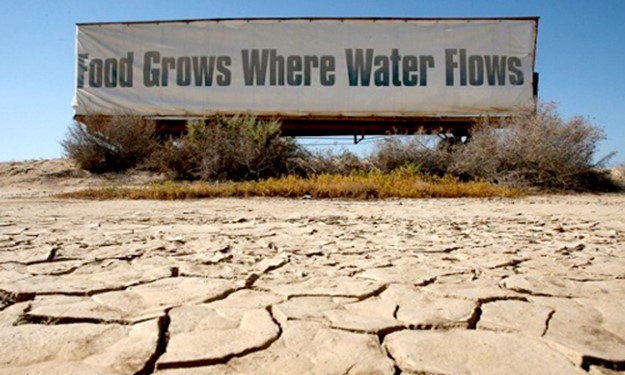 In California the following crops are grown:

One company alone processes 6 MILLION pounds of carrots per DAY [True…..I verified that incredible number – Rourke]. The Modesto area of California is known as the WORLDS basket of celery. California wines will also be unavailable. 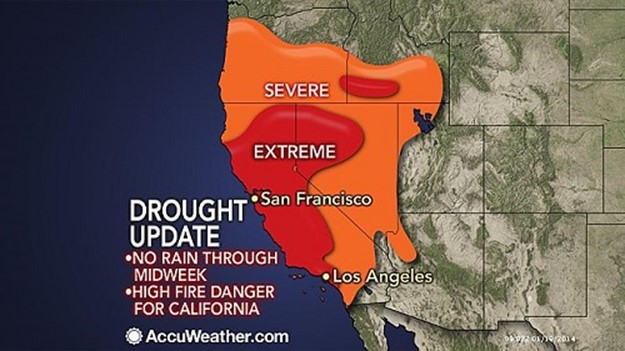 Calif. is the largest producer of dairy in our nation. California has 1.75 million dairy cows.

National Geographic magazine is doing a ten issue report on Food Scarcity and the relationship with changing climate. I recommend everyone read these excellent articles. 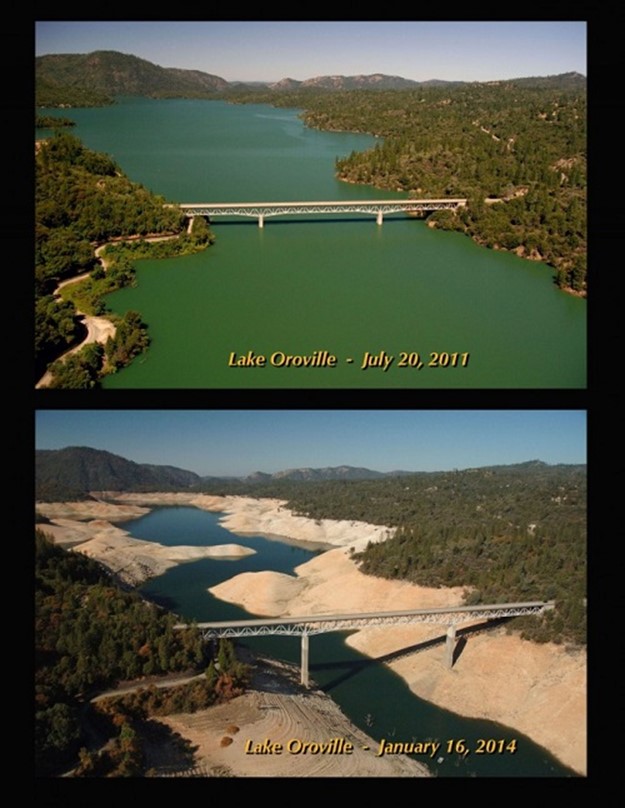 Parts of Texas and Oklahoma are in a worse drought then during the Dust Bowl era. The mainstream media isn’t showing this but Fox News did – hundreds of California residents waiting on extremely long lines for hours to get a gallon or two of drinking water. Many farm laborers are out of work now and more will be. Small town stores are closing. Where will these people move?

Beekeepers will no longer be trucking millions of bees to pollinate the almond groves which are now fields of dust. The dramatic weather and climate changes are now creating many areas of disasters. Spring wheat planting is being postponed due to flooding and hail in the Dakotas and Texas.

I highly recommend the book THE RESILIENT GARDENER – food production and self-reliance in uncertain times. Written by Carol Deppe, this is an excellent resource with practical information to help us all deal with these uncertain times.

Eventually there may be an exodus of millions of people from California seeking water and literally seeking greener pastures. The cumulative effect from the California drought will affect the US and the world for years to come.

[From Rourke in June of 2014: Although the drought in California is incredibly bad let’s hope it is short lived and does reach the critical disastrous levels of which Arlene speaks of. UPDATE April of 2015: Looks like the situation has not improved and is heading in the wrong direction.]

Via: This post was originally published in June of 2014. It still holds true today especially with Governor Brown issuing statewide mandatory water restrictions