How to establish multiple safe houses in times of need

I saw a great article from the great site: http://thesurvivalmom.com that I wanted to share.

A few years ago I had the opportunity to speak before a large group of first responders and emergency planners for the state of Arizona.

As I was leaving the conference room, a gentleman came up to me and began explaining to me the plans for evacuating Phoenix.

Phoenix, like many American cities, is massive in size, both in population and geographically. Rather than trying to get everyone out of Phoenix, which would be impossible, the plan is to move one endangered neighborhood to a safer place within the city.

For example, if major flooding hit the southern part of the city, only those residents would need to be evacuated and they would be sent to shelters in other parts of the Phoenix area. If those evacuees have friends or relatives in safer areas, they have a “bug out location.” If not, they’ll be farmed out to any shelter that has room to house them.

Considering the size and scope of even a small evacuation, having plans to evacuate to multiple safe locations within your big city seems like the best possible option for those of us who haven’t yet bought the dream Bug Out Location.

Bug Out Locations are expensive and hard to come by

Many survivalists and preppers plan on bugging out when everything hits the fan or darn near close to it. However, most of these same people simply have nowhere to go.

A true Bug Out Location, as defined by survival experts, is just another name for A Second Home. If the average American could afford a second home, there would be no problem if/when a bug out becomes a necessity.

Instead, though, what if we took a lesson from the Phoenix emergency planner and rather than insisting that a Bug Out Location in the wilds of Montana or Idaho as the only option, establish a network of safe houses within easy walking or driving distances?

Assess the weaknesses of your home and area

Assess the most likely crises that might affect your neighborhood or city. How bad would conditions have to be before you would need to evacuate? Ask yourself: 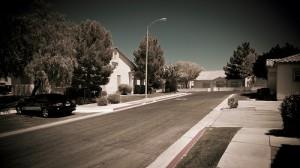 Something else to consider is whether or not your home and neighborhood has been able to weather similar disasters in the past. If not, this might give you some direction on being better prepared. If so, are you just as prepared last time? What if this next big event is even worse?

Having criteria for evacuating is a really important first step. Often, people  second guess themselves over this decision and some end up making the fatal mistake of waiting too long.

The second step is to consider each possible event and determine how far you would have to go in order to be safe. This is a key consideration.

Along with natural disasters, such as floods, earthquakes, tornadoes, and hurricanes, it’s important to consder man-made disasters. Which of the following are most likely in your area?

How far would you have to evacuate to be safe from these events? That will give you an idea of where to start looking for a safe house.

Include personal disasters in your planning: 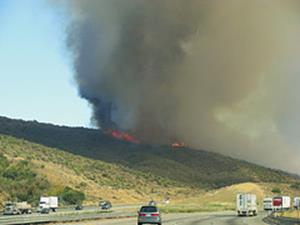 Not all of these will necessitate leaving your home, but many will. For example, if a bankruptcy and home foreclosure is likely, sooner or later, you’ll need to find somewhere safe to live. If you start planning ahead, even if it’s a far-fetched scenario, you won’t be as panicked if it does become a reality.

In the case of a wildfire or a nuclear event, you’ll want to be on the road to safety as quickly as possible.

So where are those safe locations?

At this point, you’ll need a map in order to start listing multiple safe houses. These should be located far enough away so they are not be in the same type of immediate danger as your home. For example, if you live in an area that is susceptible to flooding, make sure you have a safe place to go that is out of the danger zone.

For each most-likely scenario, determine how far away is far enough to be safe and start your safe-house search there.

Keep a list handy of all these possible “safe houses”, along with phone numbers. Discuss your plans with any individuals involved and offer your home as a refuge should they be the ones having to flee.

Get prepped before you have to

I don’t know about you, but if beloved family members showed up at our doorstep in need of a safe place to stay, we’d make it happen. That’s what family is all about.

However, if the crisis dragged on, eventually we’d have to start thinking about the expense of providing room and board to these extra people. That’s not being selfish, just realistic.

You’ll be far more welcome at safe houses if you’ve, first, asked permission to stay there in case of a disaster, and second, if bring cash to help with expenses or you’ve stored food, medicines, bedding, and other survival supplies in the corner of a garage or spare room.

If a disaster gives notice of its imminent arrival, a hurricane, for example, you have time to make a trip to your safe house, deliver food, supplies, bedding, etc., just in case you have to make a run for it.

In other words, don’t plan on being a freeloader!

Survival has never been a “one size fits all” venture. It’s all about being flexible and thinking on your feet. Multiple safe locations will give you maximum flexibility when the going gets so rough that it’s time to get out of Dodge.