A massive asteroid will be hurtling past Earth today, and it’s expected to sail past a bit closer than the moon does. At somewhere between 60 and 140 feet in diameter, asteroid 2014 DX110 is bigger than the space rock that injured hundreds of people in Russia last year, but NASA believes it won’t come any closer than around 217,000 miles from us; that’s “9/10th of the distance to the moon,” explains a NASA rep. It will be at its closest around 4pm EST, and the chances of a direct hit are only around one in 10 million, USA Today reports. 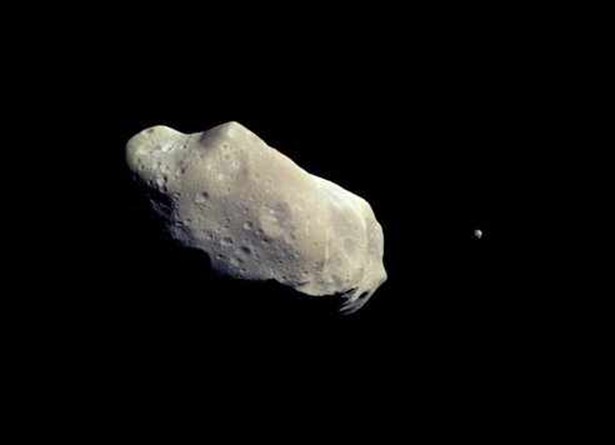 The 33,000mph flyby will be broadcast on the website of the Slooh space telescope, though a Slooh spokesman says “there is a high probability we will not capture the asteroid during the broadcast” from its Canary Islands observatory because of uncertainties about its orbit—the same uncertainties that foiled an effort to track a giant asteroid nicknamed “Moby Dick” last month, NBC News notes. A NASA spokesman says the asteroid’s flyby will last around seven hours and stresses that there’s no need to worry—though the asteroid will be closer than the moon, some 21 smaller ones have come even closer over the last year.