Outrage Over Gun Free Zone: “The Very People Trained To Take Out Armed Attackers… Are Disarmed.” 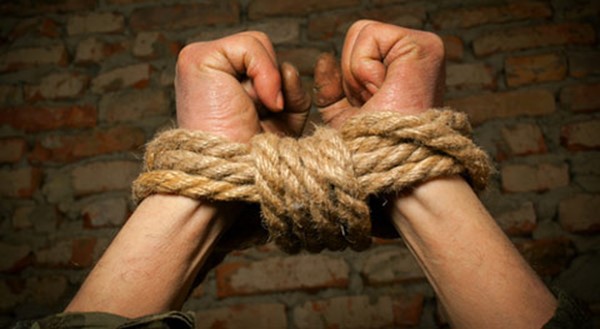 Here is a great article from our friends at shtfplan.com.

On Tuesday morning my good friend Ed Thomas and I sat down for breakfast at the local IHOP in Killeen, TX about 10 minutes from the entrance gates of the Fort Hood military base. Ed, who is one of the folks behind The Daily Sheeple news web site, is a retired Army veteran who spent nearly two years in the middle of it all while in Baghdad, Iraq. As is generally the case when Ed and I get together, we discussed a whole host of topics, one of which happened to be the 2009 Fort Hood shooting involving Nidal Hasan.

Not being a military man myself, I wasn’t quite clear on the inner workings of Fort Hood, a base at which Ed was stationed for quite some time and grew up around pretty much his whole life. I hit him with a barrage of questions surrounding the 2009 ordeal, and asked him how it was possible that a single lone gunman could kill 13 people and injure over 30 more, especially given that he was on a military base in the middle of Texas, a conceal-carry state.

His answer was simple.

“Fort Hood is a gun free zone, just like our schools.”

There are some 50,000 people stationed on the base at any given time (military and civilian), making Fort Hood essentially a small city packed into about 200,000 acres, which incidentally makes it the largest military base in the world. With that many people in one place, it becomes a numbers game. Eventually someone is going to snap, just like they do in the civilian world. And like many parts of the civilian world, the only people allowed to carry guns on base are personnel operating under the umbrella of the military police – who are the first responders for various incidents at the massive cantonment.

According to Ed, the military police face the same problem on this base as law enforcement officers face in any American city. When an active shooter is on the loose, they’re minutes away, giving the perpetrator vital time to execute his mission.

Wednesday morning I jumped on a plane heading back home. As soon as I landed and turned my phone back on, I had several texts from Ed.

“You’re not gonna’ believe this,” read one of them, “we were just talking about this YESTERDAY.”

“Active shooter on base. No real information at this time. Whole city is on lock-down.”

The incident is now becoming much more clear. What we know is that four people are dead and many others injured. The shooter was a non-combat service member. Perhaps the only good news was that the shooter took his own life, potentially preventing many more casualties.

Upon learning of the incident, I immediately thought back to Ed’s comment. Fort Hood is a “gun free zone,” and the incident itself was eerily reminiscent of other recent shootings at gun free zones like the Sandy Hook elementary school and the Century movie theater in Aurora, Colorado.

You rarely hear about mass shootings in places where guns can be legally carried. And often, when a shooter with mass killing on his mind enters one of these facilities, he is put down by a law abiding citizen. One example of this was when an active shooter had executed two parishioners in a parking lot at the New Life Church in Colorado Springs back in 2007. As the shooter entered the building looking for more victims, armed security guard Jeanne Assam drew her personally owned concealed weapon and took him down. The shooter, now injured and unable to move, put the gun to his head and killed himself.

Giving law abiding citizens and trained military members the ability to carry their weapons may not prevent every gun death, but they could certainly limit the number of victims. One person with a gun could have prevented the Aurora theater shooting or the Sandy hook massacre, and saved scores of lives in the process.

In the aftermath of yet another Fort Hood mass shooting, this very argument has become a hot topic of discussion today, especially across the social network sphere, much to the chagrin of those who have, once again, begun calling for a nationwide ban on firearms.

Chet Cannon, a host on MTV, showed his outrage over the incident and echoed the sentiments of many proponents of self defense and personal responsibility via his Twitter feed when he noted, “Trained military in a GunFreeZone rendered helpless, again.”

Trained military in a #GunFreeZone rendered helpless, again. The law only protects you from honest people! #FortHood

But not everyone agrees with Chet.

Shannon Watts, the founder of the gun control group “Moms Demand Action” believes that the solution isn’t allowing military service members to carry guns on base, but to disarm them.

When will Congress take action to end the war at home? Pray for #FortHood
#momsdemand
#gunsense
pic.twitter.com/41bbdvBdAS

Apparently, Ms. Watts is not aware that Fort Hood’s soldiers have already been disarmed.

Those in and around the base immediately lashed out and made the point that there are thousands of soldiers at Fort Hood who have been trained to deal with these kinds of threats, yet they were essentially handcuffed by the restrictions.

CJ Grisham was on base while the incident unfolded and he voiced his frustrations online during the lock-down and shelter-in-place order:

I can’t help but get pissed off when there is an active shooter on a MILITARY BASE and Soldiers are told to “shelter in place.” It’s so antithetical to what we do for a living. The response should be, “find the bastard and mow him down!”

His frustrations boiled down to one simple argument:

Oh the irony that there is an active shooter on Fort Hood and the very people trained to take out armed attackers…are disarmed.

We will no doubt hear renewed calls from the anti-gun crowd in coming days and weeks demanding that the President take action to curb gun violence.

The problem is that there are over 300 million guns in America, and perhaps billions more worldwide.

It is simply not possible to put the genie back in the bottle. You can outlaw guns in America today and seize every weapon from law abiding citizens. But that will not solve the problem. 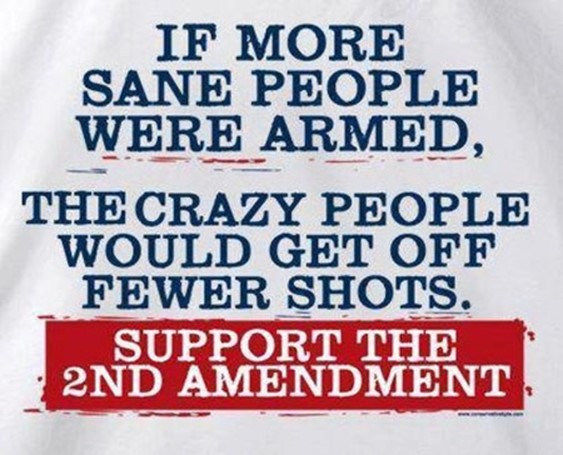 Those who want to do harm to others will find a way. They could, for example, purchase ATF-provided weapons directly from drug cartels operating out of central America. They will happily send their wares into the United States for a profit. In fact, illegal weapons suppliers may well be helping to lobby Congress for gun bans just so they can expand their trade.

Gun bans, as is evident with this most recent Fort Hood shooting, will not work.

Twenty people were killed or wounded in Fort Hood yesterday.

Had just one of those people had a firearm then maybe most or all of those deaths and injuries could have been prevented.