What is a polar vortex you might ask? To be quite honest I’m not sure there is an actual standardized and accepted definition for the term polar vortex. I first came across the term polar vortex while reading a news article about the newly named winter storm systems that have recently played a role in burying several American cities under huge deposits of snow. Polar vortex appears to be a new part of the parlance associated with describing wild winter weather patterns.

Winter, and the weather it brings, are nothing to shrug off as insignificant, and the use of terms such as polar vortex, and the naming of winter storms, appear to be the preferred method of bringing attention and awareness to a potentially life threatening situation. While this polar vortex is only expected to be severe for a period of a few days, the long term effects could extend throughout the rest of the winter season, keeping average temperatures at, or below normal levels.

“As much of the country digs out from a powerful winter storm that buried parts of the Northeast, tundra-like temperatures are poised to deliver a rare and potentially dangerous blow to the Midwest, with forecasters predicting a near-record or historic cold outbreak.

The “polar vortex,” as one meteorologist calls it, is expected to send cold air piled up at the North Pole down to the U.S., funneling it as far south as the Gulf Coast and driving temperatures below freezing for most of the nation.

Forecasters expect a weekend warm-up in some areas before temperatures plunge again, sending wind chill temperatures in areas in North Dakota and Minnesota to minus 50 degrees by Saturday night.

Those states are notorious for their cold winters, but states in the Mid-Atlantic and New England can also expect wind chill temperatures as low as minus 20 degrees.

Sunday’s playoff game in Green Bay could be among one of the coldest NFL games ever played. Temperatures at Lambeau Field are expected to be a frigid minus 2 degrees when the Packers and San Francisco 49ers kick off, and by the fourth quarter it’ll be a bone-chilling minus 7, with wind chills approaching minus 30, according to the National Weather Service. Officials are warning fans to take extra safety measures to stay warm including dressing in layers and sipping warm drinks.

Warming centers opened around the region, homeless shelters saw larger crowds and cities took special measures to look after those most vulnerable to the cold. Outreach teams were searching New York City streets for homeless people at risk of freezing to death.

And though this cold spell will last just a few days as warmer air comes behind, it likely will freeze over the Great Lakes and other bodies of water, meaning frigid temperatures will likely last the rest of winter, said Ryan Maue, a meteorologist for Weather Bell.

“It raises the chances for future cold,” he said, adding it could include next month’s Super Bowl in New York.”

As we move forward through the rest of this winter season, and those in the future, named winter storms, and terms like polar vortex, are going to become more commonplace. We cannot prevent such things as a polar vortex, but we can prepare and survive them when they occur. 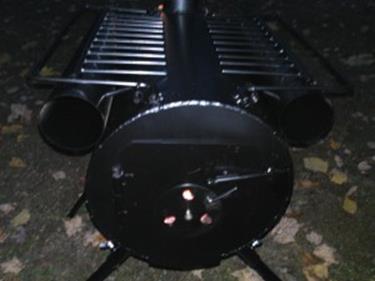 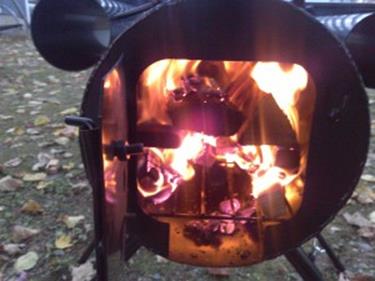 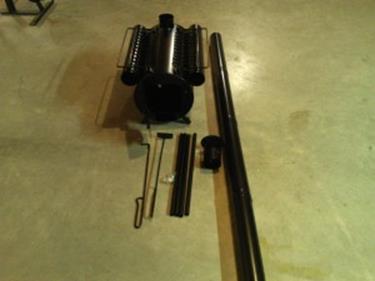 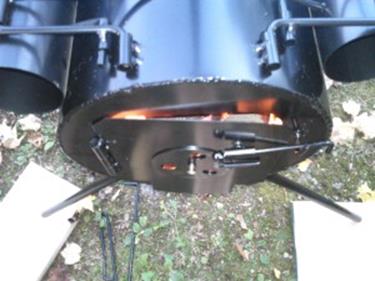 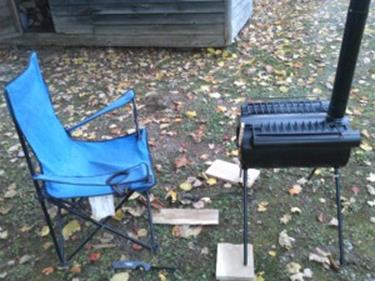 Winter approaches and this season I thought I’d branch out a little.  If you’ve been reading for a while you know that I’ve used the Ammo Can Stove in my 5 man ECW (Extreme Cold Weather) military tent as a heat source when it gets cold out.

It’s a good stove and you could even backpack it in on a long trip if you were so inclined, but last year when it got really cold, like around 10 or 15 F. it would only heat the tent up to about 45 degrees or so.  Not bad when you consider how cold it is outside, but still a little chilly.

The downside of the ammo can stove is that the wood has to be cut very short for it and it requires a fair amount of attention to keep it going.  Again, if you’re on a long hike it could be worth its weight in gold if you have a tent with a stove opening in it, bu this year I decided to try something a little bigger.

Enter the Portable Military Woodstove.  This is a larger stove – 18 x 10.2 x 11 inches- and it is not something I’d hike in somewhere as it weighs in at just under 30 pounds.  Now, I might use a toboggan or sled to move it around along with my heavy tent, but it’s definitely not for carrying.

Keep in mind the military does everything as a team, so moving equipment like this around would be done by a group of young, in-shape guys, pulling it on a sled, or maybe on a truck or Hummer.  But once it’s set up and running in the tent in a cold weather environment you’ll be happy to have it despite the extra work it entails.  We used to use the Yukon stove, which was an unwieldy piece of equipment that could burn gasoline or wood.  I nearly set my hair on fire once burning gas in it, but when we got up in the morning and got that baby going it was all worth it.  We spent a month or more living in the field in Norway and two weeks in the field in Minnesota in -40 F. weather and we were damned glad to have any heat we could get at the end of the day.

The stove arrived within two days and my son and I eagerly unpacked it.  It comes with the main stove itself, four sections of pipe and a stove cap, four legs to get the stove off the ground if you want, and a small poker and another tool to pull the ashes out of the stove so you don’t have to dismantle it every time.

The reviews that I read indicated that I should do a couple of burns outside first so that it could burn off the cheap paint that comes with it.  I did and some of the paint did indeed flake off.

Another thing people talked about was the design of the door handle.  Again, a valid complaint.  The door itself isn’t anywhere near air-tight; however, if you have a good draft it isn’t an issue.  I did notice that if you leave the door open on the stove when putting wood in it will smoke, so if you’re in a tent you’ll want to make sure to keep the door closed as much as possible.  When I tried to wedge it closed it seemed to make it worse, so I let the door hang as it came and that seemed to help it reduce the smoke.  I’ll report back on this more when I have it in a tent instead of outside.

One of the features I liked a lot were the air vents on both the front and back of the stove.  You can open both for a good hot fire or to get air to wood that might not be good and dry, or you can shut it down for a longer, slower burn.  If you’ve used wood stoves you know how important good ventilation is to their efficient operation.  So far this gets much better ventilation than the ammo can stove.

Something like this could also be adapted quickly for emergency home use if need be… say the power went out for more than a week or two.  I have a pellet stove and if I needed to I could have this small wood stove up and running in its place in the matter of an hour.  It may not heat the entire house up to 80 degrees in the winter; however, it would certainly be enough to take the edge off.

You can use it outside if there’s a ban on open fires.  There’s a grate on top where you can put your water to heat.  You can flip the grates to the outside and dry your socks and gloves (carefully), and if you look closely you’ll see two hollow tubes running along the top of the stove.  Supposedly you can put a potato wrapped in tinfoil in there and cook it.  I might give it a try, but I’ve got to admit I’m a little skeptical.  I’ll report back on that feature later.

The grates fold up into a handle, so moving it is fairly easy.  I also like the fact that all the components are stored inside the stove itself, so when you’re done with it at the end of the season you just put it away and don’t have to worry about all the parts that go along with it getting lost.

I put the stove in the tent last weekend and fired it up.  Outside temp was in the high 30′s.  Inside temp?  Must have been about 85 or 90 degrees!  This thing keeps it warm!  Of course I haven’t tried it at -10, but when I do I’ll give you another update.  It didn’t smoke at all although I took care to keep the door closed as much as possible.

I’ve got to say I’m really looking forward to trying this out in very cold weather.