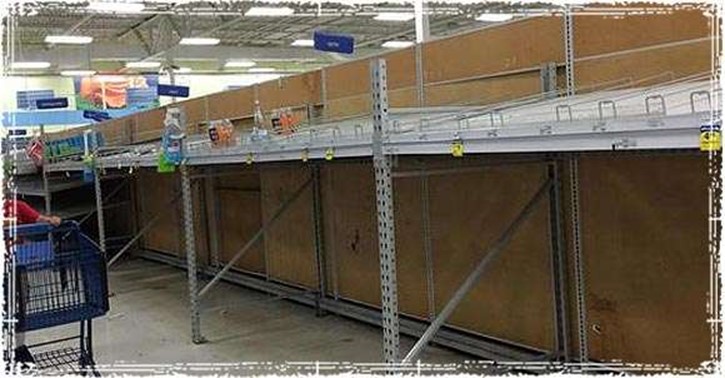 Store shelves in surrounding areas have been stripped completely bare of all water supplies.

Residents in Toledo Ohio are being told not to drink, wash or bathe with tap water after two water samples tested positive for microcystin, a toxin known to cause liver and kidney damage.

Ohio Governor John Kasich declared a State of Emergency for Lucas and Wood County, an area that with more than 600,000 residents. No timeline is available for when water might be restored, and local grocery stores have been stripped of remaining supplies.

The Ohio Department of Transportation and National Guard are working to bring in emergency water supplies to the area, and federal officials are headed to Toledo, Ohio, to investigate the microsystin contamination in the local tap water. Bottled water is expected to start arriving during the next couple of hours, as residents frantically rush to stores in Michigan in search of water.

Residents are being advised to not even boil the water, as this could make the toxin even more dangerous.

Local government official are telling people in the affected areas:

DO NOT DRINK THE WATER.  Alternative water should be used for drinking, making infant formula, making ice, brushing teeth and preparing food.  Pets should not drink the water.

DO NOT BOIL THE WATER.  Boiling the water will not destroy the toxins – it will increase the concentration of the toxins. 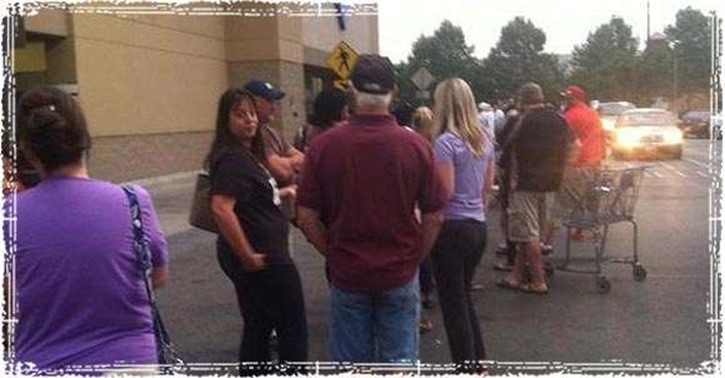 Stores as far as two hours form the affected areas have been swamped with people rushing to buy water. On social media, Ohio residents were sharing pictures of empty store shelves. Toledo police have been dispatched to a number of stores after fights broke out over water. 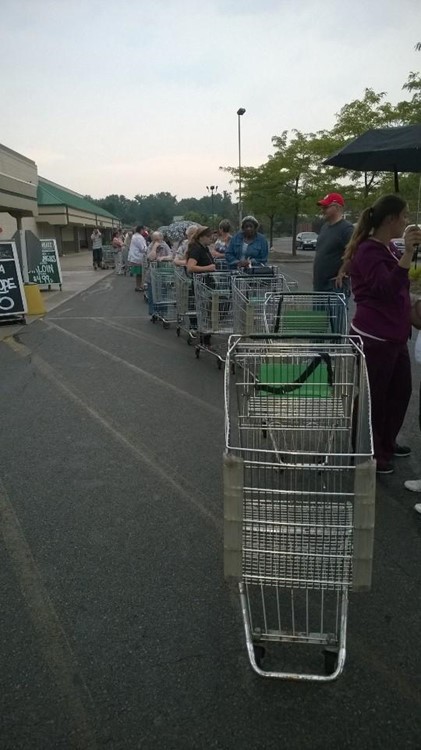 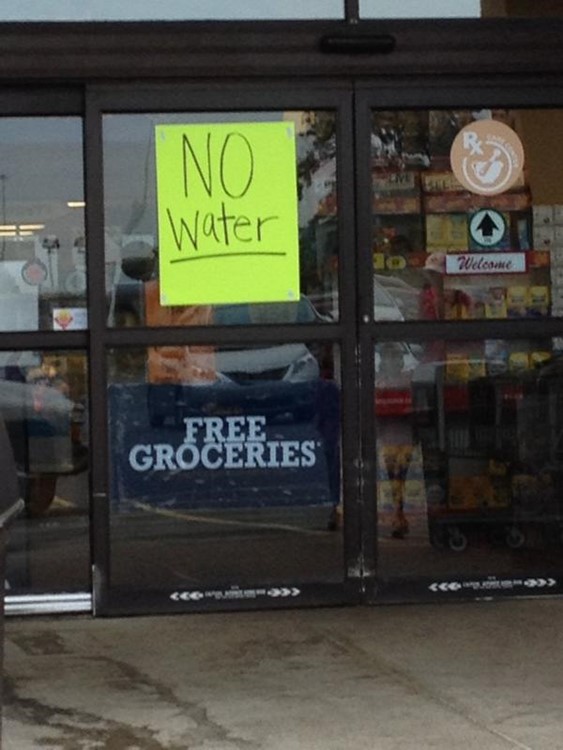 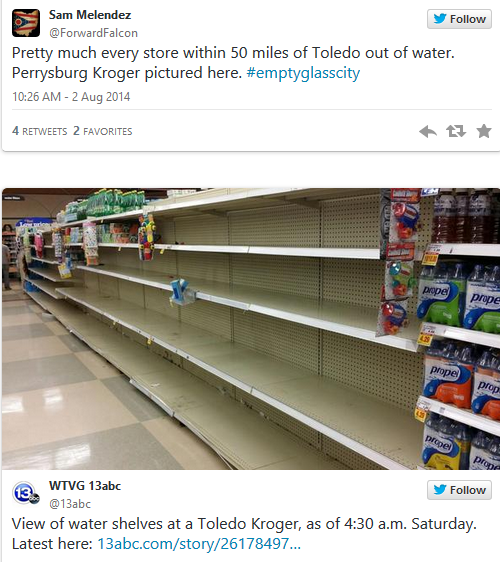 Operators of water plants all along Lake Erie, which supplies drinking water for 11 million people, are on increased alert as officials think the source of the toxin is coming from algae blooms on Lake Erie.

On the City of Toledo’s website, officials are saying:

Lake Erie, which is a source of drinking water for the Toledo water system may have been impacted by a harmful algal bloom (HAB).  These organisms are capable of producing a number of toxins that may pose a risk to human and animal health.  HABs occur when excess nitrogen and phosphorus are present in lakes and streams.  Such nutrients can come from runoff of over-fertilized fields and lawns, from malfunctioning septic systems and from livestock pens.

Update: After a three-day ban, the water for hundreds of thousands of Ohio residents is safe to drink, Toledo Mayor Michael Collins says.