This Flu Season Is Severe, and Far From Over

On 8 occasions this week AlertsUSA subscribers were notified via SMS messages to their mobile devices regarding safety and security matters. Most pressing for this report is the increasing severity of the annual flu season in N. America. According to the latest virologic surveillance data issued by the Centers for Disease Control on Friday, more people sought care for flulike illnesses last week than any other comparable period in nearly a decade. At least ten children died from influenza-associated illnesses during that period, bringing the total number of pediatric deaths this flu season to at least 30.

According to Lynette Brammer, head of the CDC’s Domestic Influenza Surveillance team, approximately 80 percent of children who died from influenza are not vaccinated.

Hawaii is the only state that is not reporting widespread illnesses. 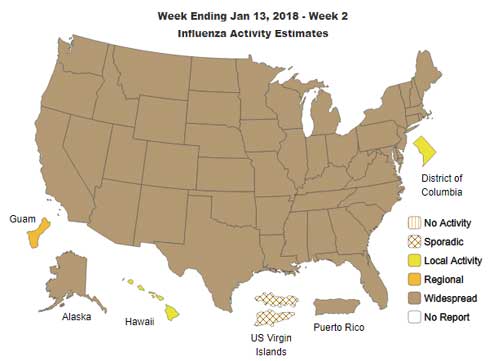 The most frequently identified influenza virus subtype reported by public health laboratories thus far this season is influenza A(H3N2) shown in the image above, which normally results in a much more severe flu season. Additionally, vaccine effectiveness (VE) against H3N2 viruses also is typically lower than against influenza H1N1 and influenza B viruses.

A cumulative rate of 31.5 laboratory-confirmed influenza-associated hospitalizations per 100,000 population was also reported, with the highest rate of hospitalization among adults aged 65 years and older, followed by those aged 50-64.

Compounding the challenges this year are spotty antiviral (Tamiflu, etc..) shortages nationwide, as well as an ongoing national shortage of IV fluids such as saline and nutrient solutions. These shortages exist because of damage to factories and power systems in storm-ravaged Puerto Rico. According to the U.S. Food and Drug Administration, “the production situation in Puerto Rico remains fragile.”

FLU MAY BE SPREAD JUST BY BREATHING

A new study published in the Proceedings of the National Academy of Scienceshas revealed that the influenza virus’s capacity to aerosolize and linger in the atmosphere is significantly greater than previously thought. Analyzing 142 flu patients, the researchers found infectious virus in the air they exhaled, particularly in the first few days they showed symptoms. By contrast, sneezing appeared to play a relatively small part in spreading influenza.

The study also showed that flu sufferers who were overweight or obese were more likely to aerosolize the disease.

This year the flu is brutal, but there are steps that can be taken to minimize risk.

You can also step things up a bit: 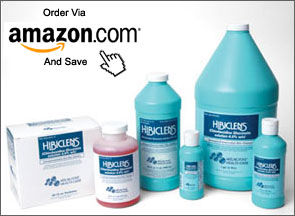 Hibiclens is a hospital-grade skin cleanser providing antiseptic activity and a persistent antimicrobial effect that lasts up to 24 hours. The product has been used in hospitals worldwide for more than 30 years for general hand washing as well as pre-surgical scrubs. Get it through through your local pharmacy or Amazon via the linked image above. 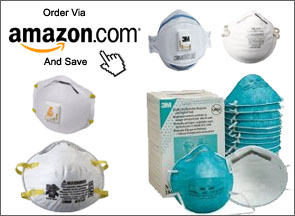 If you have sick people in your home or place of work, you may wish to consider a simple face mask to reduce your chances of contracting the virus. While there is debate in the scientific community over how well face masks guard against influenza when people use them outside of hospitals and other health care settings, your best bet is to follow their practices. To this end, Centers for Disease Control guidance very clearly recommends recommend the use of a NIOSH-certified N95 facemask or better respirator for the protection against airborne particles.

1/13 – Hawaii Civil Defense has confirmed their emergency alert regarding inbound ballistic missile was a mistake. More via email.

1/13 – N. Korea warns U.S. re ongoing military buildup, reminds that Guam and the U.S. mainland are within strike range of Hwasong missiles. More via email.

1/16 – US Embassy Philippines cautions Americans re Mayon Volcano, SE of Manila. “Hazardous eruption is possible within weeks or even days.” More via email.

There are 3.6 MILLION DREAMers — far more than commonly known
Terrorists stalk dark web for deadlier weaponry
Mexico remittances: Transfers from US hit record high
Russian spy ship spotted off US coast a year ago returns to region
Pentagon Shadowing Russian Spy Ship
Supreme Court to take up Trump travel ban
The ISIS ‘senior commander’ who grew up on the Jersey Shore
Jim Mattis: Shutdown would have serious ramifications for US military
It Won’t Be Business as Usual in Chile
One way or another, bitcoin will be crushed by the authorities
Soldiers, military police move into 4 Rio de Janeiro slums
Judge bars transfer of U.S-Saudi citizen being detained by military
NSA surveillance programs renewed by Senate

China Ramps Up Its Navy To Challenge The U.S.
US lawmakers: ‘Bloody nose’ strike would spark massive war
The case for using military force to denuclearise North Korea –
American Illusions and Korean Realities: Preventing Conflict on the Peninsula
US Military Escalates War Efforts in the Philippines
Ahead of elections, Pakistan heads toward more political chaos
Graham: Seoul ‘undercutting’ Trump by allowing North Korea at Olympics
China flouting sanctions by docking in North Korea and loading up on fuel’
Some see U.S. already on DPRK war footing, waiting for allies to get onboard
Russia begins delivering S-400 air defence systems to China, says report
An arms race is building between China and its neighbours