8/30 – Despite media rpts of open communication, State Dept. announces “N. Korea has shown no indication it is interested in or ready for talks re denuclearization.”

8/25 – Moments ago, DPRK FM Ri Yong Ho states US has declared war, claims right of self defense threatens to shoot down US aircraft even if outside DPRK airspace.

8/23 – DPRK FM Ri threatens US before UN, stating that comments by POTUS are an “irreversible mistake making it inevitable DPRK rockets will hit the US mainland.”

On 11 occasions this week AlertsUSA subscribers were notified via SMS messages to their mobile devices regarding safety and security matters. Most important for this report, last Saturday afternoon during a presentation before the UN General Assembly, North Korea’s Foreign Minister Ri stated that the U.S. would pay dearly for President Trump’s speech before the same body just days earlier, and that it was “inevitable” they would launch missiles at the US mainland. His comments (and new propaganda video released around the same time) came just hours after the U.S. flew strategic bombers in international waters along the North Korean coast. According to Pentagon spokesman Dana White, the flyover marked the farthest north of the Demilitarized Zone any US fighter or bomber aircraft have flown off North Korea’s coast in the 21st century.

On Monday, North Korea’s Foreign Minister issued yet another threat before international media stationed outside of his hotel in New York. In this instance, Ri stated that N. Korea may shoot down American warplanes even if they are not within N. Korean airspace. These and other threats come on the heels of warning issued last week that N. Korea may detonate a hydrogen bomb over the Pacific.

While this rhetoric continues to heat up and has almost become comical, behind the scenes state and federal officials are taking no chances. In additional to the continued deployment of military forces to the Western Pacific, emergency management agencies in both Hawaii and California have been issuing guidance and directives to each of the relevant departments and agencies to shore up their nuclear attack response plans.

Foreign government and private sector interests are also making emergency plans for the outbreak of war.

On Thursday of this week, Lassina Zerbo, the head of the Vienna-based Comprehensive Nuclear Test Ban Treaty Organization (183 member states operating 289 sensor stations), published a “rough simulation” of a “radio-isotope cloud” from a “hypothetical atmospheric burst” over the Pacific.

[Keep in mind that many such tests have been conducted since the advent of nuclear weapons.] 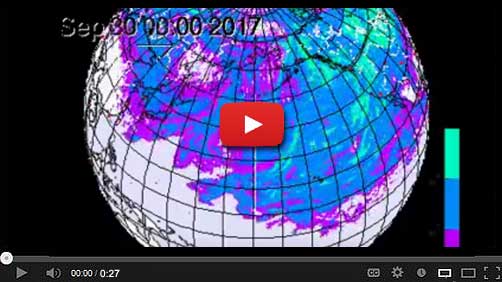 Additionally, new analysis of satellite imagery issued late this week by the US-Korea Institute at Johns Hopkins University indicates that North Korea continues to work on its second submersible ballistic missile test stand barge at the Nampo Navy Shipyard on the country’s west coast. These test stand barges are a critical component in any sub-launched ballistic missile (SLBM) development program.

Once again AlertsUSA warns that when the cloudy historical and political narrative is removed, the world is now faced with the following realities:

Given these realities, restraint and the quest for diplomatic solutions virtually assures continued development and ultimately, proliferation into the hands of rogue nations and those private individuals and groups with deep enough pockets.

As recently as this week, FEMA’s new director, Brock Long, has said that Americans do not have a “culture of preparedness,” something that is much-needed with the increasing tempo of natural disasters. Considering the troubles brewing with N. Korea, now would be the time to start increasing your knowledge about how to prepare for and respond to nuclear / radiation emergencies. This problem is not going away any time soon.

The following two free PDF reports will help significantly with this effort. One first is a short read, the second much longer. Download these reports and save them.

Additionally, AlertsUSA offers a package containing two of the essential baseline elements needed to maintain personal safety during a nuclear or radiological emergency. The contents are selected to help carry out three critical tasks: DETECTION of radiation, MEASUREMENT of accumulated dose and if necessary, PROTECTION of the thyroid from the uptake of radioactive iodine (I-131). 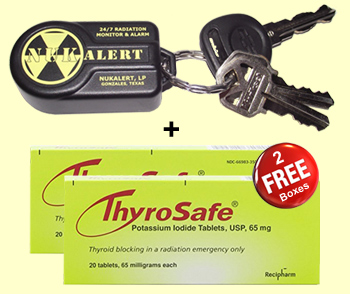 8/28 – USGOV issues new travel warning for Turkey due cont threat of terrorism. Urges careful review of need to visit the country at this time. http://bit.ly/2xE8KlV

US orders 60 percent of staff out of embassy in Cuba
Accused NSA leaker called America ‘the worst thing to happen on the planet
U.S. Army Takes Over Massive Mission to Save Puerto Rico
After a Dismal Start on Venezuela, Trump Attempts a Sharp Course Correction
Americans blame Facebook for fake news, new poll finds
Venezuelan President says his country should be prepping to fight the US
FBI investigating as many cases of domestic extremism as foreign terrorism

If North Korea Fires an ICBM, the US Might Have to Shoot It Down Over Russia
What would it take to trigger war between Russia and NATO? Just a spark
Moscow won’t tolerate crusade to blame Russia for everything in US
The Catalan Cliff: Tensions are running high before the independence vote
Stalemate over Catalan vote keeps Spain in suspense
EU moves ahead faster on new future than on Brexit talks
Surge in migration to Greece fuels misery in refugee camps
Macron’s counter-terror bill risks France’s human rights record

In Libya Strike, Military Shows New Lethal Powers Under Trump
A Field Trip to the Front Lines of the Qatar-Saudi Cold War
Wheels and deals: trouble brewing in the House of Saud
US does not recognize Kurdistan independence referendum: Tillerson
Iraqi forces to take control of Kurdish regional borders
Vladmir Putin meets Erdogan to secure Syria de-escalation zone
Yemen experiences worst cholera outbreak ever
Muslims in China being told to hand over Qurans or face punishments

Trump to travel to 5 countries in Asia in November
North Korea: The Inevitability of War
Moscow holds ‘consultations’ with NKorea diplomat
War of the Dragons: Why North Korea Does’t Trust China
Why China Will Never Crackdown on North Korea
How America Is Losing the Battle for the South China Sea
Japan’s defence chief warns of possible N.Korea provocation on Oct. 10
Bali: Fear of volcanic eruption forces 130,000 to flee.