2/25 – Overnight: In response to new sanctions, N. Korea warns that any maritime blockade by the U.S. will be considered an act of war. See email for more.

On ten occasions this week AlertsUSA subscribers were notified via SMS messages to their mobile devices regarding safety and security matters. Starting in the Western Pacific, last Sunday (the first day of our reporting week), subscribers were informed of a threat by N. Korea warning that any maritime blockade by the U.S. will be considered an act of war.

Readers are reminded that last Friday, the Trump administration imposed a new set of sanctions on North Korea that President Trump billed as the United States’s “heaviest sanctions ever.” The new sanctions target 27 shipping companies, 28 vessels and one individual in an effort to clamp down on illicit trade with North Korea.

View the U.S. Dept. of the Treasury sanctions press statement

View the U.S. Dept. of the Treasury Sanctions Advisory (PDF)

The entities targeted in this latest sanctions round are located, registered or flagged in North Korea, China, Taiwan, Singapore, Hong Kong, Marshall Islands, Panama, Tanzania and the Comoros Islands located off East Africa. While previous sanction tranches have tightened trade in and out of North Korea, this latest round is a U.S. effort to make sure the Hermit Kingdom does not end run those restrictions, particularly by ship-to-ship transfer of coal and fuel. In the case of coal, this is an export from N. Korea used to generate cash. In the case of fuel, this would be an import desperately needed by the country as well.

Along with the new sanctions, the U.S. Treasury, State Department and U.S. Coast Guard also issued a global shipping advisory alerting the public to significant sanctions risks for those continuing to enable shipments of goods to and from North Korea, as well as to shine a spotlight on the kind of illicit behavior — including turning off transponders, changing ship identities, and conducting ship-to-ship transfers — in which North Korea has been engaging.

Peeling away the diplo-speak, the net result of the new round of sanctions could soon result in U.S., S. Korean, Japanese and other allied nations targeting ships in international waters or in territorial waters of cooperating countries.

During a joint press conference with Australian Prime Minister Malcolm Turnbull, President Trump warned that if the sanctions don’t work, we’ll have to go to phase two, which may be a very rough thing and “very unfortunate for the world.”

Olympic Calm Drawing to an End

Readers are also reminded that while the Winter Olympics in S. Korea provided a brief respite from tensions on the Peninsula, the games are now halfway complete, with the PyeongChang Paralympic Games slated to begin next week and run until the March 19th.

Secretary of Defense James Mattis has already announced that following the conclusion of the games, the U.S. and South Korea will go ahead with two joint military drills; Key Resolve, a command post drill, and the Foal Eagle theater-level field exercise. The combination typically involve tens of thousands of U.S. troops and hundreds of thousands of their Korean counterparts.

“If the U.S. and South Korea resume the large-scale joint military exercises, the situation on the Korean peninsula will again be pushed back to the grim phase of catastrophe and the provokers will have to bear all responsibilities.”

In September, 2017 AlertsUSA subscribers were notified of a Security Message issued by the U.S. Embassy is Seoul advising U.S. citizens in S. Korea of the need to be proactive in reviewing their personal security and emergency preparedness plans. Those currently in or planning travel to the Peninsula are strongly urged to take advantage of this calm period and follow this advice.

3/1 – Houston FD rpts cause of incident as gas leak near campus. Numerous students currently being transported to local hospitals. Add’l alerts as warranted.

2/27 – AlertsUSA monitoring Ft Myer, VA Hazmat incident where several US mil personnel being are treated after exposure to a “suspicious letter.” Developing…

On February 21, AlertsUSA warned subscribers of an explosion on a tourist ferry in Playa del Carmen, Mexico that injured at least 25 people, including seven Americans and three Canadians. The ferry had just tied up along the pier following a run from Cozumel when the explosion occurred. At the time, media reports suggested explosion was result of a fuel leak.

This week the U.S. Embassy Mexico City issued a security alert for U.S. citizens following the discovery of two undetonated explosive devices on a passenger ferry that also provides service between Playa del Carmen and Cozumel. The security message prohibits U.S. government employees from taking ferries operating along the route until further notice.

As a followup, it has been revealed that the Cartel de “El Pumba” y “Tata” and Los Zetas have claimed responsibility for the original blast.

Are you or your children planning Spring holidays in Mexico (or anywhere else for that matter)? Don’t take your safety for granted. AlertsUSA strongly recommends checking out the U.S. State Department’s travel website for the latest safety and security information about your destination. Ideally you should do this BEFORE booking a trip, as well as prior to departure, in order to prevent rationalizing away what would normally be considered an overly-risky threat environment.

Links to a variety of State Department travel resources can be found further down in this newsletter issue,

Warner has published numerous articles on the topic of Political Islam and is a prolific video blogger with over 150 videos dedicated to commentary and education on this subject. His video, “Why We Are Afraid, A 1400 Year Secret”, has over four million views.

His work is eye opening to say the least. 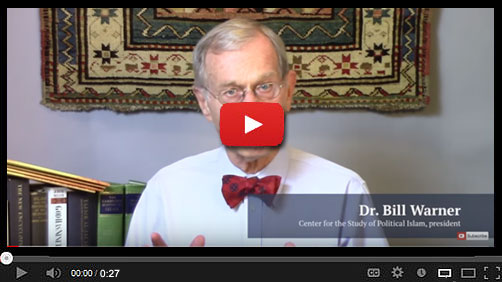