Why is the Military Planning Drills that simulate battles across the Southwestern United States?

The United States Army has announced they will be conducting a simulated training exercise over the summer in which they plan to simulate battles and insurgent attacks throughout Texas, New Mexico, Arizona, California, Nevada, Utah and Colorado. According to recently unclassified documents, the exercise, which categorizes Texas and Utah as “Hostile” States, will run from July 15 through September 15th.

Multiple branches of the military are expected to take part in the massive drill including Navy Seals, Green Berets and the 82nd airborne division. 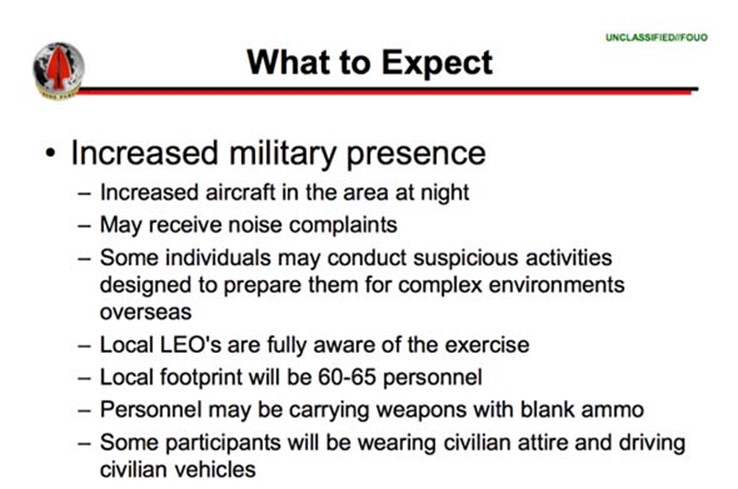 While a number of liberal news organizations are doing everything they can to defend the drills, smearing anyone who dares question why the military is conducting large-scale drills that look like preparation for the implementation of Martial Law,the fact is we have the right to ask questions. Imagine if this drill happened under the last president; these same people would be up in arms crying about Martial Law and begging the ACLU to do something about it.

While the U.S. military has confirmed the drill, they say the public has nothing to worry about. They claim that the drill is just “a regular training exercise.” But that hasn’t stopped many from wondering why their documents list Texas and Utah as Hostile zones.

The Army says Jade Helm is a real exercise and will take place in the Southwest, as the slides indicate. But USASOC spokesman Lt. Col. Mark Lastoria said that’s the extent of the reports’ accuracy. 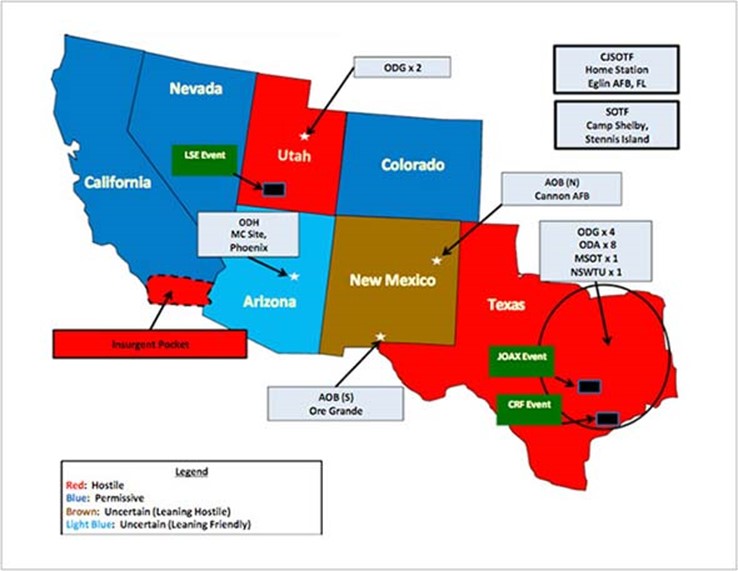 Why are so many of these drills looking at American Citizens as a Threat?

Back in 2012, an army report about the future use of the military as a police force within the United Statescaused a huge controversy. The report included theoretical situations where the U.S. Army could be sent into U.S. cities that have been taken over by Tea Party “insurrectionists.” The report titled, Full Spectrum Operations in the Homeland: A “Vision” of the Future, was written by a retired Army Colonel and described how future warfare could be conducted on American soil. It also described tea party members and “immigrant-bashing by right-wing demagogues.”

Make no mistake, I believe most of the Military is very Patriotic. In fact, many of them have also expressed concerns over these exercises, and concerns over why the most patriotic among them seem to be beingforced out of the military. A number of them have emailed us about this administration’s attempts to demonize anyone with patriotic views, and warn that our country is being fundamentally transformed into something that our founders never intended.