Why It’s Time You Learn How to Hunt NOW

When the shelves go bare, the supply systems shutdown, and chaos hits the populated areas, it’s highly unlikely you’ll be frequenting your favorite restaurant for some time.

If you’ve been a reader of my blog for even a short time, you know how much importance I put on setting aside a years supply of food storage; but the reality is, food maybe taken from you or it may have to be left behind…

However, knowledge and skill will always be with you.

It’s during times like these that the skill of hunting will come in real handy.

After all, the more skills in self-sufficiency you can develop for obtaining food through either growing or harvesting (a.k.a. hunting/trapping) the less dependence you’ll have upon either commercial food sources or your own food storage.

Why it’s Time to Learn How to Hunt Now 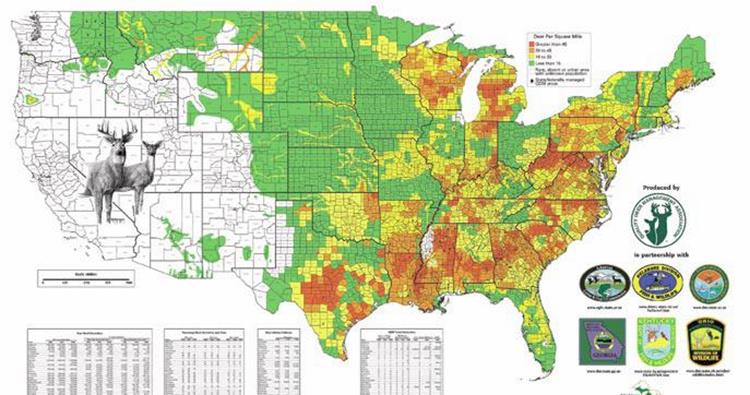 Lest you think that you will simply walk into the woods and harvest a cornucopia of animals when things go south, think about this:

The sad reality is that our wild-animal population cannot support the total population in a country such as the U.S.

As an example, let’s just look at the deer population…

In the communist state that I live in (Massachusetts), there are a total of 85,000 whitetail deer. We have roughly 6.5 million people living in the state.

If you figure a generous 100 pounds of meat from each deer (the avg is probably more like 75 lbs), that equates to only about 1.2 pounds of meat per person — but get this — now the entire deer population is gone. It doesn’t take a genius to figure out that that’s not a lot of meat.

Sure, the deer population may be a lot better in other states, but still, the numbers of wild animals cannot support the numbers of people for any sustainable amount of time.

Well, it’s going to take some time for the rest of the population to figure out how to do this.

For someone, who has been hunting for a little bit now, I know that you can’t just simply walk into the woods and take your pick of deer and other animals.

It takes some time to learn how to hunt and although there’s overlap, each animal has its own unique strategy.

Sure, in times where rule of law is void, you won’t be restricted by many of the laws and regulations that we as hunters deal with now. But, even without them, it will still not be that simple.

This will grant those who have developed the skills ahead of time a window of opportunity to harvest a good amount of animals to put away before a large portion of the population catches on.

Of course, this is all conjecture anyhow.

I can’t say what type of situation we’d be faced with. It could be a plague that wipes out millions upon millions of people leaving competition for the animals a non-issue; or it could be a total systemic collapse that leaves millions of desperate people in its wake — forcing them to leave the cities and spread across the countryside like a swarm of locusts.

Whether it’s the next “great disaster” or just tough economic times, the importance of learning to hunt now shouldn’t be overlooked.

The Benefits of Hunting

Learning to hunt now goes way beyond survival or even beyond supplementing your current meat requirements.

Also the health-building benefits of being in the outdoors in the fresh air, exercising, enjoying solo time or the camaraderie that comes with the group hunt.

Let’s not forget that the skills you learn in hunting carryover to a great many other areas that are very beneficial to preppers.

For example with hunting you get practical experience in:

All these skills would easily carryover in a world where chaos rules.

So, if you’re interested in learning a new “hobby” that can provide just as many benefits in your life today as it would in a survival situation, I highly recommend you learning how to hunt.