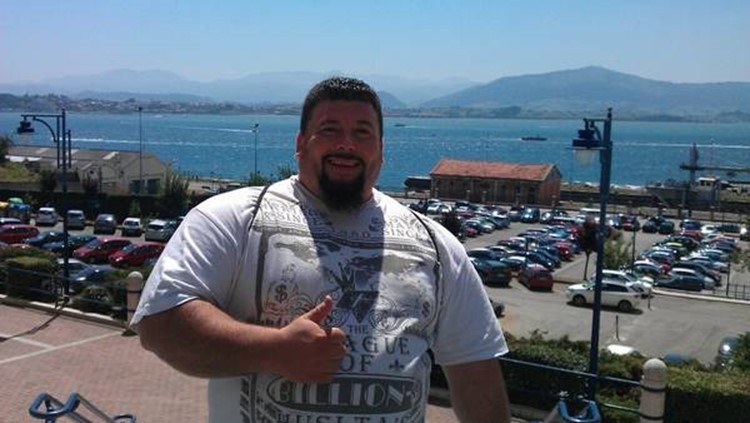 Alan Garay (43 years old) was a 260 pound “strongman” that won competitions both in Argentina and Spain. He could lift 880 pounds, pull 15 ton trucks and lift cars with little problem, but that didn’t save him from getting killed two days ago in the province of Mendoza, Argentina.

After an argument with Fernando Pezetti, a 50 year old cartonero (paper and trash scavenger) over trash left on the sidewalk next to his house, Mr. Garay got into a fight with the man, easily overpowering him and punching him in the face. As Garay left, the scavenger produced a knife and stabbed him twice in the torso. The neighbors called for help but Garay was dead by the time help arrived.

Garay had lived in Madrid for ten years and had recently moved back to Argentina. He worked security at night clubs and at times was part of security details of international celebrities.

1) Don’t get into a fight if you can avoid it.
2) Don’t EVER underestimate your opponent, even if you’re literally the strongest man in the country going against some random 50 year old hobo.
3) Always assume your opponent may be armed, NEVER turn your back on him.
4) Knives are ALWAYS lethal weapons. They don’t jam, they don’t run out of ammo and it’s practically impossible to pry one away from an attacker without losing a few fingers.
5) Again, just don’t get into fights, ESPECIALLY against someone that has nothing to lose.