How Hollywood Got ‘Preppers’ All Wrong…from the Survival Mom

LeAnn, owner of one of most popular prep sites on the web, Survival Mom, wrote a great story on her website back in mid-September. Her article, “How Hollywood Got ‘Preppers’ All Wrong”, discusses the world of reality TV shows like “Doomsday Preppers”, and sheds some insight on just how this, and other, shows are actually created.  She tries to bring some common sense and realistic thoughts to the table about what normal people do to prep, versus the often scripted and many times unreal things that actually make it on the show. 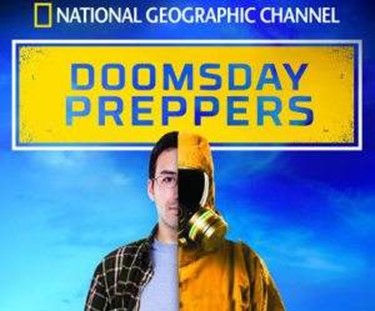 Now, not everyone depicted on Doomsday Preppers are lunatics, crazies, or wackos…as someone new to the show might assume. I’ve had several requests from different production companies to appear on DDP, and a few other similar shows. I’ve turned them down…many times.

Why I turned them down is pretty simple. Like nearly every single TV show featuring “real people”, I’ve personally seen the behind the scenes things that have been pulled in the name of entertainment, including some pretty nasty requests to do bad things.

My life is busy enough that I don’t feel the need to be amused, abused, and misused by strangers with an agenda and a camera. When I’m ready to do a show like that, I’ll write it, shoot it, edit it, produce it and market it myself.

After all, I do have years of experience in doing just that (radio and TV work, both live and recorded), including awards for some of my video work. It’s really not that hard to do shows like this, when you have the tools, talent, and skills to make it happen…and I do. 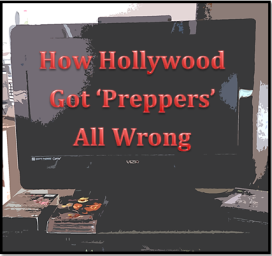 I do have two good friends who have been on the show who were handled a bit more deftly and sensibly than most other show guests. Bruce Beach from Canada, owner of Ark 2, was on show 8 in the first season. Kellene Bishop of Utah also appeared on Season one as The Gourmet Prepper. I’ve known Bruce for over 15 years, and Kellene for a bit over 2 years.

But, enough of that backgrounder stuff. LeAnn’s article provides some fantastic information that helps the reader discern the reality of being prepared, versus the glossy, enticing, and so off the mark blather that mostly leads the less informed down a path of potential personal disaster.

Pretty much everyone has heard about or seen the television show, “Doomsday Preppers.” In each episode, the ‘prepper’ is shown getting themselves all prepared to deal with a specific man-made or natural disaster.

Maybe it’s just me, but they seem to pick the most mentally unstable, extremist people they can find for the show. They know the average person watching will take what they see as normal behavior of all preppers. The reality is so far from what is shown on television, and I think I can say this for most of us who homestead or prep, that those who are seeking to be as self-reliant as possible look upon the show and those in it with scorn and sometimes outright disgust.

When you break it down, prepping is not all that exciting. It is a lot of work and scheduling, budgeting and planning. Hollywood has skewed the truth so much that those of us who employ even smaller aspects of prepping in our lives are afraid to say anything due to the judgments, eye rolling, laughter, whispers as we pass through the office, and general scorn that we are met with if you say the word PREPPER.

Bottom line, there are many things you can learn from any of a million movies or a billion TV shows. Knowing what those useful tidbits are comes from personal experience, trial and error, or training gathered from a life long pursuit of those things that really are applicable to survival or preparedness.

Hell, even shows like The Walking Dead have a few realistic tidbits that are worth learning about, such as the creation and use of Dakota
camp
fires as seen in more than one episode.

Head on over to The Survival Mom website and read LeAnn’s full article about some of the facts and fallacies in the world of preparedness. You’ll take away some good ideas and hopefully correct a few preconceived notions about finding and developing your own foundation of preparedness .