How We Can Stop Ebola 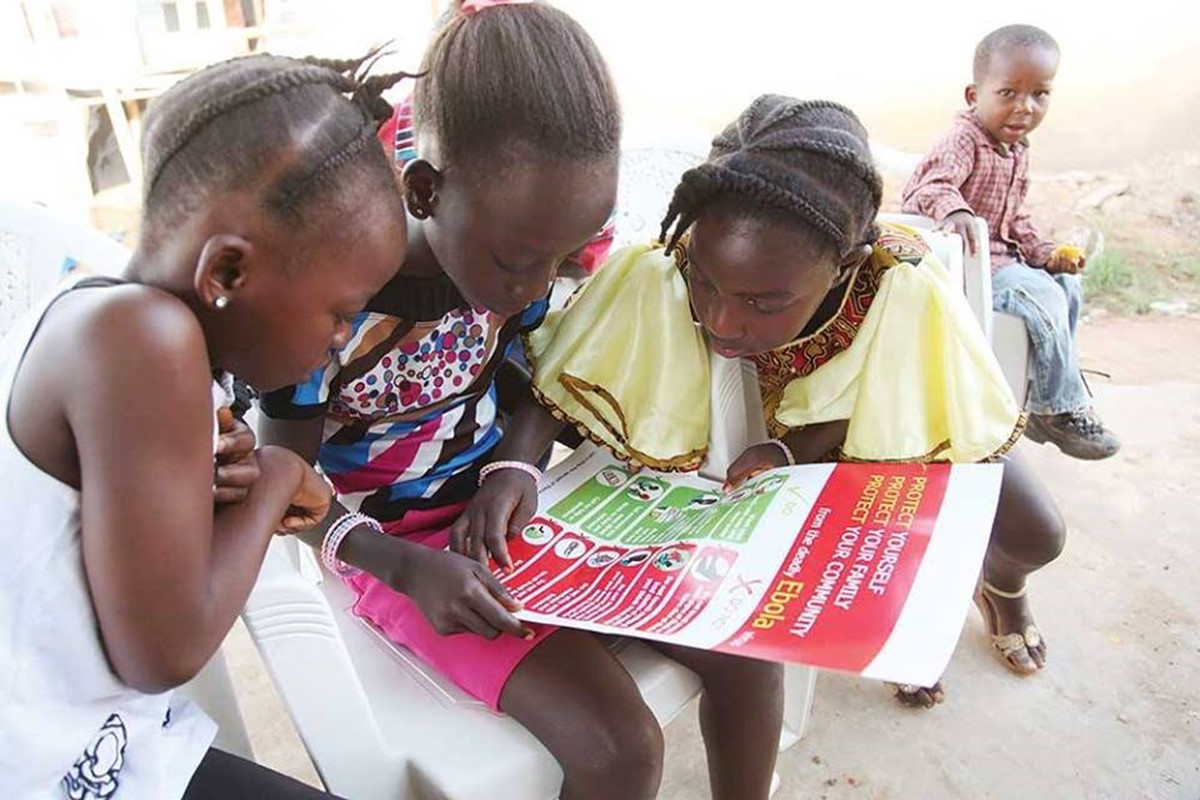 The Ebola outbreak in Guinea, Liberia and Sierra Leone is the largest the world has ever seen, and transmission is rising exponentially. Since the start of the outbreak, the disease has infected almost 10,000 people and killed nearly 4,900. The disease has taken a severe toll on healthcare workers, with more than 400 infected and over 200 dead, and already fragile health systems are suffering. More people are dying from common, treatable medical conditions than from Ebola. The virus is also having a grave impact on economic progress and stability, with inflation and food prices rising.

From doctors and grave diggers to nurses and ambulance drivers, I salute the courage of the many medical and support personnel who are working at great personal risk on the front-lines of the Ebola epidemic. Day after day they step forward to care for the sick and help prevent the virus from spreading. We owe them an enormous debt of gratitude.

The UN stands with the people affected by Ebola – those who are infected, those who are caring for the sick, those who have lost loved ones and the people of Guinea, Liberia and Sierra Leone who are living under the constant fear of infection.

They have asked for urgent help and the international community is answering the call with a totally unprecedented response. The first-ever UN emergency health mission, known as UNMEER, is working to respond to immediate needs and coordinate action on the ground. Many countries have made major financial contributions; others have sent trained and experienced medical personnel to give support on the ground.

We have five priorities for an effective Ebola response — stop the outbreak, treat the infected, ensure essential services, preserve stability and prevent outbreaks in non-affected countries.

To do all of this, we need a massive surge in assistance – in the form of mobile laboratories, vehicles, helicopters, protective equipment, trained medical personnel, medevac capacities and more. 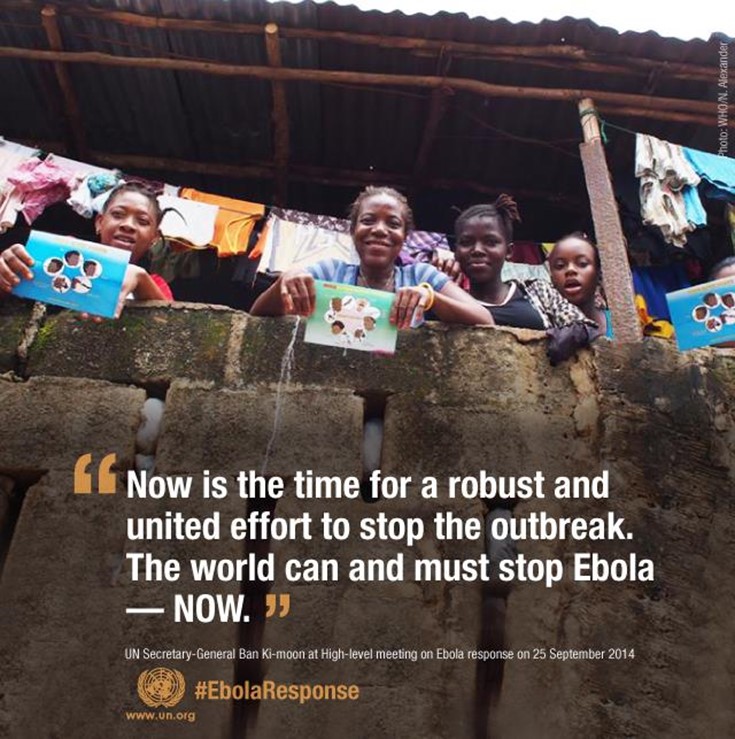 I have launched an appeal for $1 billion, which is now 40 per cent funded. As a complementary measure, I have established a flexible, accountable, strategic and transparent trust fund for governments, businesses and foundations to channel their contributions. Commitments are coming in – some $49.5 million, but we need considerably more to finance critical unfunded priorities and help reduce the rate of Ebola transmission.

The private sector has an important role to play. The Business Engagement Guide outlines the ways that businesses can contribute to efforts – financially, with in-kind donations, by directly providing assets or services and more.

Spreading even faster than Ebola is fear and misunderstanding. We need to raise awareness of the facts of Ebola and what can be done to stop it.

Many people are unsure about how Ebola is spread and whether it’s safe to travel. The World Health Organization (WHO) is providing the answers to these questions and more. Follow them on Twitter and Facebook for regular updates.

Some also have questions about travel restrictions to and from Ebola-affected areas. Experience has shown that blanket travel bans don’t work and can in fact impede our ability to contain the disease. The only way to end this crisis is to end the Ebola epidemic at its source – and that means stepping up and providing the assistance so badly needed in West Africa. Isolation only hampers international efforts to reach people in need.

This week, WHO officially declared Nigeria and Senegal free of Ebola virus transmission, after 42 days without a single case. These success stories show that Ebola can be contained.

If you want to help, there are several ways that we as individuals — and as global citizens — can step up. Stay informed. Share the facts. If you can, make a donation to help the Ebola response. Qualified health workers can also volunteer to be part of the Ebola response on the ground in West Africa.

Every contribution and every show of support matters.

Find out more about the global Ebola crisis response.

Get information from the World Health Organization.

I think that he should also read these:

U.S. Refuses Close Boarders when Every Country in Africa that has stopped Ebola did so

Model Shows How Ebola Will Spread: “It Only Takes One Infected Individual Making It Through An Airport Checkpoint”

What is Ebola? And How to Protect Yourself

Map Of Ebola Quarantine Stations: Here’s Where They’ll Send Those Suspected of Ebola or “Respiratory Illnesses”