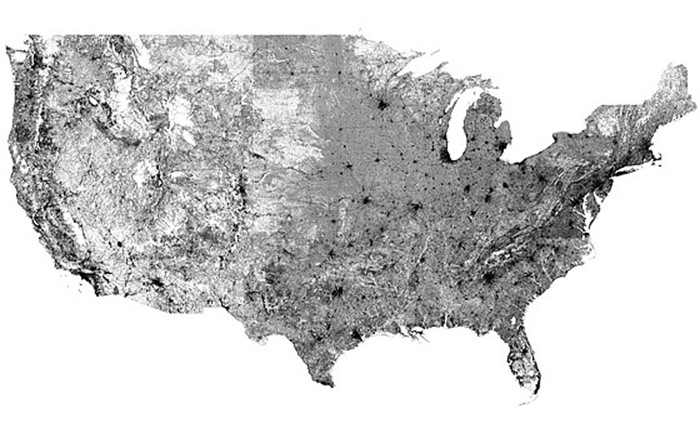 This incredible map which shows every single road within the United States (on the same map) also reveals ‘where we are’, as in population density and our ‘footprint’ across the nation.

Having been sent a reference to this unique road map (hat-tip to one of our readers), and since I enjoy ‘map’s, and for your interest – the full resolution map is much more interesting…

Many preparedness-minded people are motivated by the systemic risks which come with population density. While ‘it takes a village’ for a successful community, it takes a lot more than that to sustain a population density which needs to import much or all of its supplies to survive.

With that in mind, the following road map (which actually looks surprisingly similar to a population density map) indicates our lines of travel.

The map has been making its way around the web, and is in the public domain. According to The Washington Post, the road map originated from a Reddit user, WestCoastBestCoast94, who apparently created it.

Note: If you’re looking for a ‘navigational’ road map for your State, you will find some of the best choices in the following article,
Maps For Your Car: State Maps and Road Atlas

The following State maps are higher resolution of the United States map listed above. You might find it interesting to look at your own State to see the ‘density’ of roads.