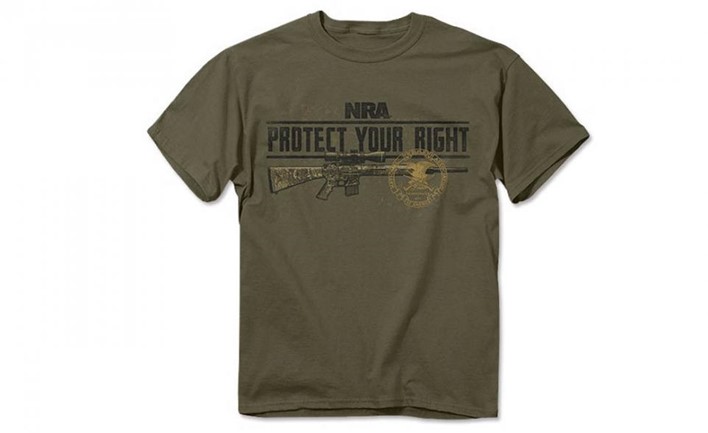 Here’s an interesting story out of West Virginia about a student (and his mother) who are refusing to be silenced by the idiocy of school officials who had him suspended and arrested for wearing a shirt with an NRA logo.

Tanya Lardieri filed the lawsuit on behalf of her son, Jared Marcum, who was charged with disrupting the educational process and obstructing an officer in 2013 when he refused to turn his NRA t-shirt inside-out, the Charleston Gazette reports.

Those charges were later dismissed by a judge, but Marcum was forced to serve a one day suspension for his defiance.

“The shirt was an un-alarming olive green tee shirt bearing the NRA logo, which is the letters ‘NRA’ in black, the words ‘PROTECT YOUR RIGHT,’ an image of a hunting rifle and the officials NRA logo which has an eagle and two cross firearms,” according to the lawsuit cited by the Gazette.

You can read the rest of the story here. His unwillingness to cede his rights in the face of silly, and unwarranted, authoritarianism is one we should all take to heart.

Having a local school trying to get me suspended myself years ago for wearing a shirt they did not like, I’m glad my parents did not put up with the stupidity of the system even then.