It seems like civil unrest has finally started to reach its boiling point where one little spark could cause things to go bad rather quickly. Look at everything that’s happening in Egypt, Libya, and throughout the Middle East, hell even in our country people are going crazy. 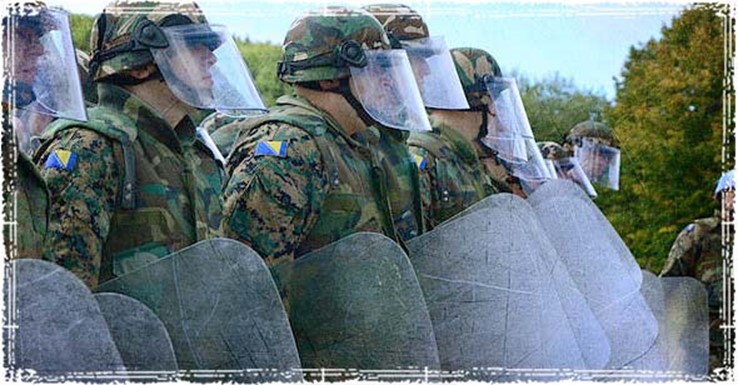 So what happens if you find yourself in the middle of a full blown riot?

The first thing that you want to do is quickly assess the situation. Are you in immediate danger? Where are the quickest routes of escape? Is this beginning of something larger?

After assessing the situation, I advise you take the following steps:

If you have an easy way out, take it now – The last thing you want to do is get caught up in the storm. If you are near an escape route, get out as fast as possible.

Becoming part of the crowd – If you were not able to make a quick exit, the first thing you want to do is look like you are part of the crowd. If everyone is shouting against something, then you should be doing the same thing. By blending into the chaos, and not drawing attention to yourself, you’re less likely to become a target.

Don’t get caught up in the chaos. – How many times have you been stuck in traffic, only to find out the crash was on the other side? We see it every day, for some reason people are drawn towards disasters. It’s human nature to want to look at the accident.

Don’t make that mistake during a riot situation. I don’t care how safe or protected you think you are, when things start going bad your first priority is to make your way to safety. If you’re that curious about what happened you can watch the action on the evening news.

Go with the flow – Think of the crowd as a large raging river. The best way to get out of a river is to swim with the current and slowly make your way to the edge. The same is true when stuck in the middle of a crowd.

Don’t try to cut through the crowd, as this could cause unwanted attention. Instead, go with the flow of the crowd and work your way to the edge. Then quietly slip away to safety.

Being Armed: I think always being armed is a good thing, but pulling a gun out in the middle of a riot might not be the smartest idea. Unless you’re physically being attacked, it’s better to slip away unnoticed. Don’t try to scare the crowd away you’re your gun. That being said, if you are being physically attacked or threatened with attack all rules are out the window.

Also check out: Self-defense in a “flash mob”‏ / Riot?