All hell broke loose in Baltimore, Maryland as thousands of thugs took to the streets spreading chaos and destruction throughout the city.

Violent thugs, masquerading as protestors demonstrating the death of a young African-American man, assaulted people, smashed police cars and shop widows, and looted multiple businesses. Things got so bad that 15,000 people were trapped in Oriole Park at Camden Yards as the stadium tried to prevent violent thugs from spreading the chaos into the stadium. 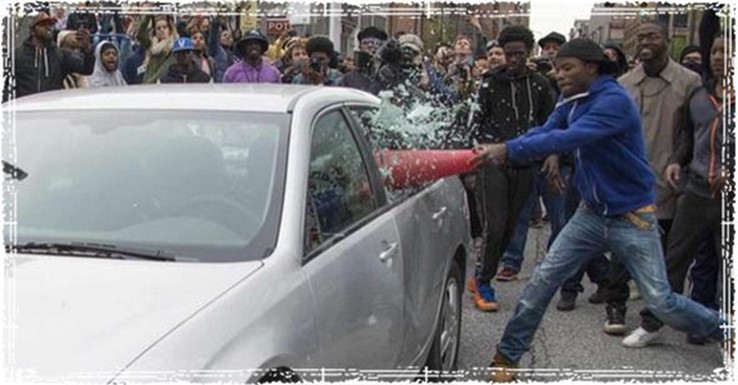 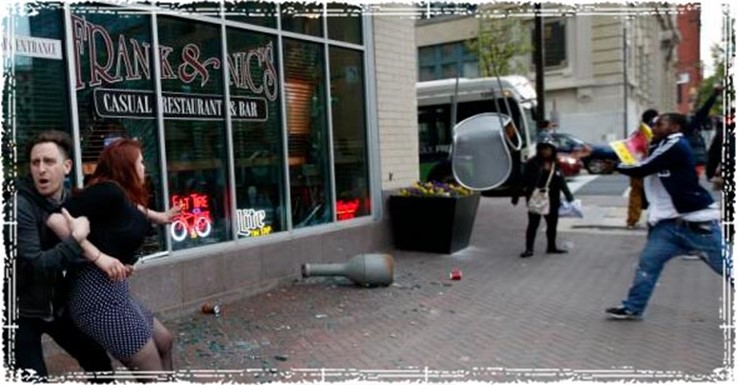 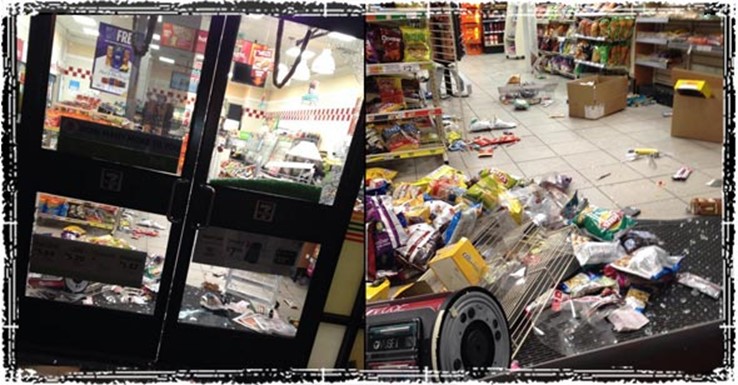 Stores were vandalized and looted throughout the city. 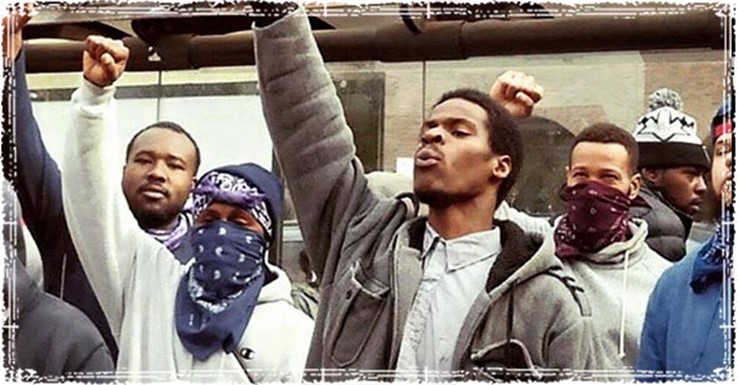 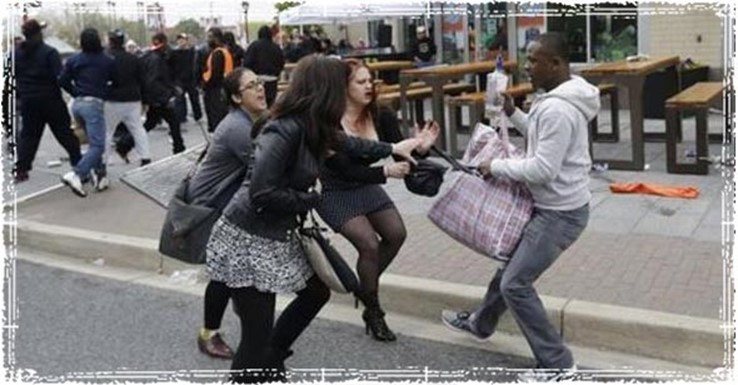 Multiple people were robbed on the streets, including these three women who were photographed while being assaulted and robbed.

As the city exploded in violence, President Obama helped spread further racial anger and hostility when he spoke at the White House Correspondents’ Diner. At the diner he brought a comedian on stage during his speech to act as his alter ego or “anger translator,” telling the audience to “hold on to your lily white butts,” and saying things like “we can count on fox news to terrify white people with some nonsense.”

Describing the speech is almost unbelievable, and I know there are some people out there that think this man can do no wrong, so I will just post the video so you can see what our President and the news media was doing as Baltimore was on fire with violence.

People that do these types of actions in Baltimore are the Zombie horde we need to stay prepared against at all times.