Using a Boat as a Bug Out Location

I’ll let out a little secret here – I’m working on a new book about boats and survival. There are a couple of reasons for this new endeavor, not the least of which is that at one point in my life I was drawn to the ocean like a moth to light. We used to have a very nice power boat and practically every weekend was spent aboard. We voyaged all over the gulf coast, and some of my fondest memories were aboard our cruiser. Work, children and life changed that but one day I may retire on the water.

As a matter of fact, our boat was our bug out location for years. In reality, it wasn’t the perfect vessel for that purpose as it was a gasoline hog and wasn’t designed for extended voyages without re-supply. Boats are like cars, rifles and pizza – they are a compromise. Since we were weekenders, we wanted to get from point A to point B reasonably quickly and that translates into high fuel consumption in the nautical world. It doesn’t have to be that way as there are many designs out there that enjoy pretty good miles per gallon. These vessels are just slower than their gas guzzling brethren.  Probably the best is the original hybrid – a sail boat. 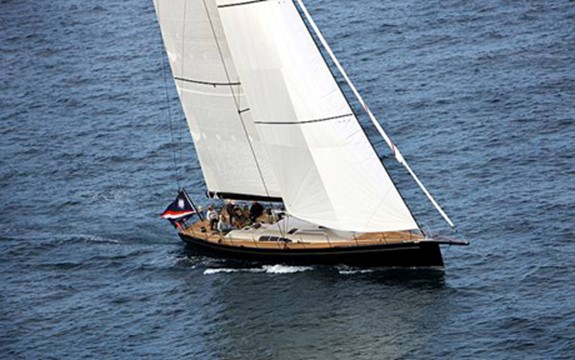 Some people will immediately dismiss the idea of using a boat as a BOL. In researching the concept for the new book, I went to all of the popular blogs and forums reading everything I could find. That didn’t take long as there isn’t a lot out there. At first, that was good news because I like writing about things no one else has. Originality is a good thing. What little I did find on the web basically dismissed the idea of a floating BOL due to practicality.

Now I can list a dozen reasons why a boat isn’t the best choice for a BOL, but practicality isn’t one of them. I asked myself “what am I missing here?”

Like so many things in the blogosphere, people spout off about topics they really don’t know anything about. You could take the word “blogosphere” and substitute it with “Cable News” or “the water cooler at the office” and that statement would still be true, but for us Preppers, the internet is one of our primary resources. When someone lays out a line of crap on the net, many of us Preppers nod our heads and take the information to heart.

I believe most people initially think boats are only for the ultra-wealthy. That’s not entirely accurate. You can purchase a reasonable condition, used sail boat for about the same price as a trailer camper these days. I see ads for hundreds of 25-35 foot vessels for less than $50,000. There are numerous tax advantages for a boat and many banks offer financing similar to a home mortage.

Now, low end used boats are known to be a money pit. Boats are similar to campers in that stuff breaks on them all the time. But for a BOL, they don’t have to be fully functional and ready for a transatlantic voyage. When you compare a boat to a piece of country property, complete with shelter, water and food supply – a boat starts looking like a bargain from a financial perspective.

Many boats are designed to be self-sufficient for long periods of time. This statement should cause the average Prepper’s head to snap up and pay attention. Many have water makers so you have virtually unlimited supply of fresh water. They have sewage systems, redundant power systems and huge fuel storage capacities. All of these items are normally high on anyone’s list of preps. A 35 foot, used sail boat I recently looked at was designed for four adults to enjoy extended stays onboard. It was $29,000. It had solar power, a generator, 12 volt to 115 AC inverter, full kitchen, two showers, microwave, two televisions, radar, GPS, VHF radio, dual voltage frig, dual voltage freezer, and ice maker, and a water maker. Its little diesel motor could move it along at about 10 miles per gallon without using the sails at all. Its 80 gallon fuel tank could run the generator for a long time.

If you want to discuss food supplies, it would be difficult to debate anything being better than a boat – even on fresh water. One could live off of fishing, kelp, oysters, shrimp and costal plants for a long time. Throw in a well thought out “deck garden” and you have a practically infinite food supply.

Energy, or specifically electrical energy, is a mixed bag on a boat. Many sailing vessels have wind turbines and solar systems of limited power. Huge banks of batteries are not uncommon. Some modern vessels even have electric drives. Almost every vessel over 28 feet has a generator. It would not be extremely difficult to set up a boat to be off-the-grid independent if it already isn’t.

From a security perspective, a boat would get mixed reviews. As all of my books denote, people are going to be the biggest problem if it all falls apart. It would be difficult to imagine being able to isolate one’s self more so than on a boat. The only security exposure from being water bound would be the difficulty in hiding. Depending on your geographic location, that may or may not be a problem. Along our Texas coast, I know dozens of private little coves where I have dropped the hook and spent the long weekend fishing. Again, all things are a compromise.

To summarize, a boat makes sense for a BOL in all of the major categories we prep for. Food, shelter, energy, water and security are all equal to or perhaps better than their landlocked alternatives. What strikes me as the biggest positive is the dual usage. Boating is fun for the family. Even if it never leaves the marina, being on or around the water can be a recreational highlight. If it never falls apart – if TEOTWAWKI never happens, boating preppers still would have invested in something worthwhile.

BTW, there is also a forum thread on bug out boats on Zombie Squad.

One of the biggest thing you missed about boat as a BOL is the fact that if things get bad where you’re at, all you have to do is pull anchor and make a run for it with all of your preps, gear and your home. The last time I checked you can relocate your BOL in the mountains.
I’ve been around boats all my life, and I’m like and don’t get the problem with boats as a BOL.

Dmitry Orlov of “Reinventing Collapse” (the book) fame and Club Orlov blog lives on a boat specifically for survival. He’s written about it on his blog many times.

Many of us also remember reading the stories of ‘River Rats’ and persons who lived in houseboats during the Great Depression, I’m sure the memories dimmed the bad points, but the good points sounded – good! If you born ‘In The Bayou’, I’ll bet good times would be easy to find.

As noted above, Orlov has written some on the sailboat as BOV.

The one novel I can think of that heavily features sailing as a BOV is Luke Rhinehart’s Long Voyage back.

You could intermix it with Alex Scarrow’s Afterlight which features an off shore oil rig to come up with some interesting scenarios/ideas: particularly of the Gulf Coast.

My biggest problem with Orlov, is that he views the sailboat as a free pass. In a severe collapse situation, those with access to waters will use that mobility, and it is fairly sure that some of those people will not be nice. The people of Dark Age Greece, and the Chaotic Medieval Baltic Coasts kept their villages safe from direct approach by water. Even if they were close to the water, they were up some high rocky promenade, or you had to wind your way through tricky swamps to get to village: they were not your fishing or trade friendly locations.