New York Bomber: “I did it for the Islamic State!”

12/11(a) – NYPD responding to reports of explosion at Port Authority Bus Terminal, 42nd St. and 8th Ave in Manhattan. More to come..

12/11(c) – Search underway across NYC mass transit system for additional explosive devices. Caution and vigilance urged if in crowded areas of the city.

On 10 occasions this week AlertsUSA subscribers were notified via SMS messages to their mobile devices regarding safety and security matters. Most important for this report, on Monday AlertsUSA subscribers were some of the first in the nation to learn of reports of an explosion at the Port Authority Bus Terminal located at 42nd St. and 8th Ave, just off Times Square in Manhattan.

In this incident, 27-year-old Akayed Ullah, a Bangladesh national who came to the U.S. in 2011 on an F43 family immigrant visa, attempted to detonate a pipe bomb constructed of black powder and matches using a detonator constructed of Christmas lights and a 9-volt battery. As the device was poorly assembled, the result was only a partial detonation. A total of five people were injured in the attack, with the bomber himself sustaining the worst of the injuries in the form of burns to his hands and torso.

The explosion occurred in a crowded passageway linking the 8th Ave and 42nd street mezzanines. Had the device detonated correctly, the effects would likely have been catastrophic.

Depending on which news source you read, the bomber’s justification for the attack ranges from anger at Christmas-themed posters hanging in the transport hub, to U.S. and Israeli actions concerning the Palestinians and Jerusalem.

Peeling back the layers of political correctness, all of these explanations for the suspect’s actions are fundamentally based on the teachings of Islam. Even the most cursory study of the subject will show that Islam views itself as the only true religion. As such, one of its goals is the eradication of what is seen as the false and misplaced practice of all other religions.

The Koran and Hadiths, as well as scores of Islamic scholars, very openly and clearly teach that it is the obligation of all Muslims to fight against unbelievers and unbelieving nations. (Download the free AlertsUSA Threat Journal report ‘Deadly Verses’ to see for yourself).

To this end, a criminal complaint filed in federal court on Tuesday quoted the suspect telling investigators, “I did it for the Islamic State.”

Readers are reminded that on November 27, AlertsUSA subscribers were notified of an Islamic State propaganda poster in circulation on social media sites showing a figure dressed as Santa Claus overlooking Times Square with a box of dynamite at his side, along with the words; We meet at Christmas in New York…. soon.

Over the last two weeks, AlertsUSA subscribers have also been notified of new threats of holiday attacks on cities across the U.S. and Europe, including New York, Washington, San Diego, London, Paris, Berlin and Amsterdam.

AlertsUSA again warns that many, but not all, attacks by the Islamic State in Western countries have been preceded by the release of propaganda posters and other public threats. Caution and vigilance are urged if you live in or are traveling to these locations, and in particular, during the end-of-year holidays.

The five posters we reported on this week are shown below:

James P. O’Neill is the name of the current Police Commissioner of
New York City, to whom the kneeling figure bears a close resemblance. 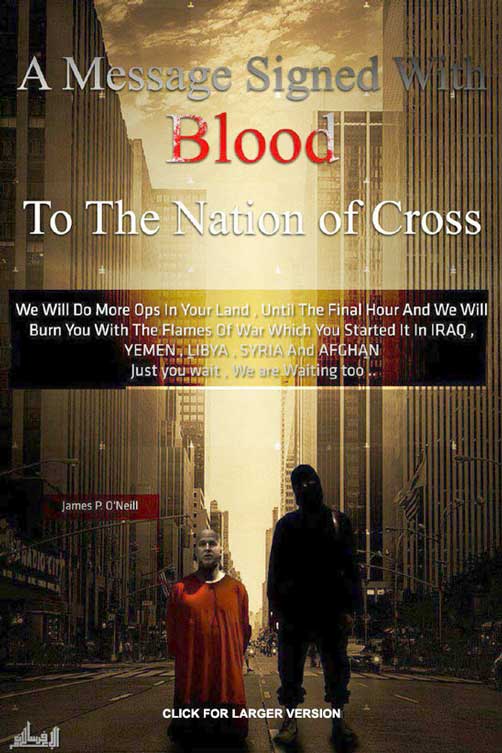 The Arabic is a direct translation of the English statement. 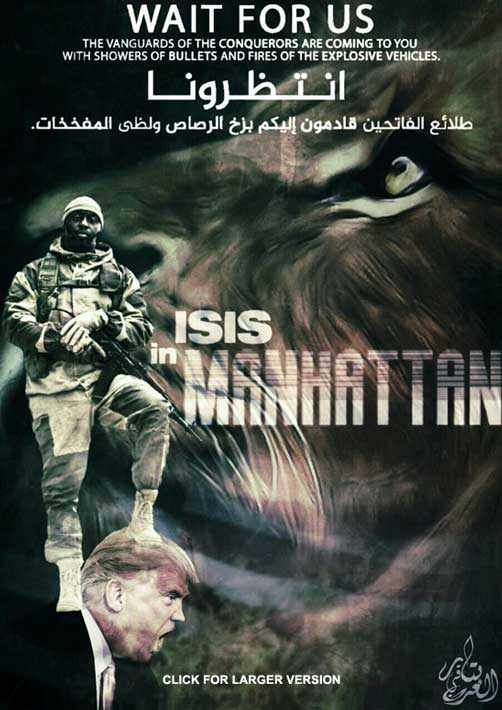 Arabic Translation:
You must fight them O believer
O believer Catch them 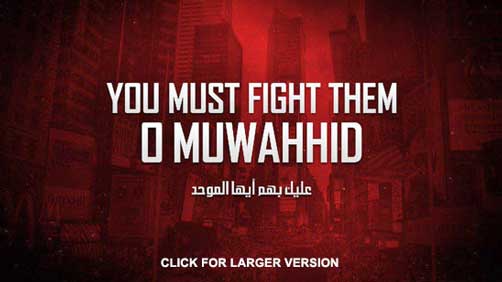 Arabic Translation:
We will destroy your black house.
It’s the Promise of Allah and Allah doesn’t breach his promise 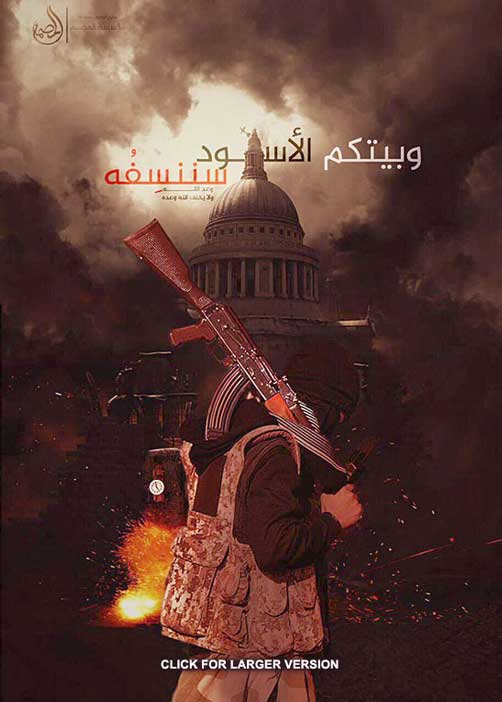 Arabic Translation:
California will be in war soon 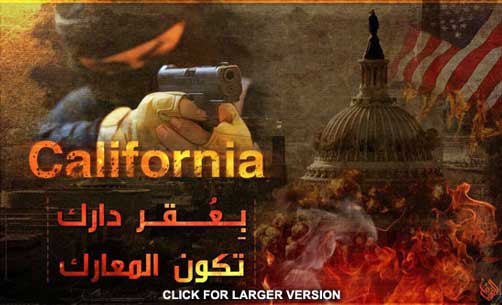 12/13 – AlertsUSA is aware of the Penn State Monaca shooting. This was a murder suicide, w man shooting estranged wife. Campus locked down, but no active shooter.

Following the September 3 detonation of what N. Korea claims was a hydrogen bomb (estimated yield of ~100 kilotons), the area around the Punggye-ri nuclear site has experienced multiple smaller seismic disturbances, many of which have been attributed to either tunnel collapses or a subsidence in the mountain.

On December 1, AlertsUSA notified subscribers of a shallow M2.5 seismic event in the area which occurred around the time of the DPRK threatening more tests. On November 28, a senior North Korean official told CNN’s Will Ripley that two steps are needed for N. Korea to achieve the goal of a strategic weapons capability. The first step is the “testing of a long range ICBM” capable of reaching the USA. The second step is an above-ground nuclear detonation or a “large scale hydrogen bomb” test. The official stated both steps are necessary for the DPRK to send a clear message to the Trump administration that it possesses an effective nuclear deterrent.”