What Do You Prep For: Common Personal Disasters

Guest post by Karl Denninger at The Market Ticker. 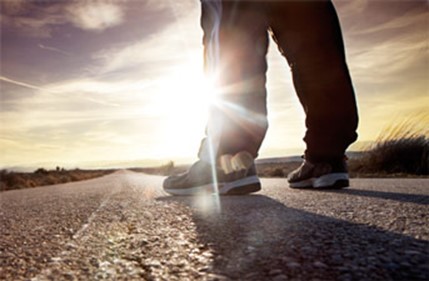 Today we’ll discuss what I argue is the most common set of circumstances that you might prepare for.  Indeed, it has been my experience that these scenarios are likely to come up for most people several times during their lives.  This marks them as quite unique among things you might prepare for, in that the odds of most things that are “prepped” for are extremely unlikely, yet they tend to occupy most people’s minds in this regard.

Consider your ordinary “stomping grounds”; that is, where you roam during your daily life over the space of a year.  It probably involves a radius of a hundred miles from your home on a very common (weekly or monthly) basis and it might involve a range of as much as 500 miles from your home, depending on what you do for a living and where you are situated.  For some who live in a small town or in a big city that range may be smaller, but it almost certainly involves a radius of at least 20 miles.

Now consider this: It’s 3:00 AM.  You wake up choking and there is a nasty, yellow, flickering light coming from the hallway.  Your house or apartment is on fire!  You have 30 seconds to grab whatever and make your way out or you’re going to die.

Far too many people in this situation do die, and we read about them all the time in the newspaper, but nearly none of them should. This sort of emergency situation is one of the “base” levels of preparedness that everyone should have thought of and had put effort into.  The obvious from the fire departments and such is “have a smoke detector” but there’s much more to it than that.

How many times have you seen someone who survived with nothing more than their underwear?  They had no “go bag” sitting inside their sleeping area they could grab that had a few basics in it — like some sort of lightweight but effective means of preserving body heat.  Now consider that if this occurs while in a place not so-populated in the winter time you might well be in serious trouble or even die of exposure!

The other place that such disasters commonly happen is in our vehicles.  Do you have a small, easily-toted “get me the F out of here” bag in your car?  If so, what’s in it?

In today’s world of cellphones most people blow this sort of thing off.  That’s a serious mistake; not only is there no guarantee of a signal but cellphones require battery power and can be damaged in a crash or other incident.  Water exposure, in particular, can render your phone instantly useless and in many (but not all) cases a fractured screen renders the phone unable to be used as well.

Never mind a reasonable med kit, which most people simply do not have.  Why not, given how cheap this is?

If you broke down — or had a serious mechanical failure and crashed as a result — 20 miles from nowhere, how serious would this be?  What if you find yourself somewhere that forces you to abandon your vehicle for some reason (e.g. it’s mechanically broken beyond your ability to fix it) without assistance?  It gets even worse if you are on required prescription medication or are injured and have nothing to deal with your injuries.

The goal here is to have something you can grab in seconds and that will get you home (or to someone you trust, if your home is destroyed) in a bad situation.  Comfort is not a factor and neither is the end of civilization, social order or anything similar.

These scenarios all presume the disaster is local to you but that doesn’t make it any less real from your point of view.  They are the most-common scenarios and yet they’re also the ones that most people who call themselves “preppers” pay the least attention to.  This is a serious mistake as you’re rather likely to have several of these incidents happen to you during your life; all of the other potential scenarios are either almost-entirely avoidable or unlikely to happen at all!

There is utterly no way anyone can call themselves a “prepper” unless they have in their possession pretty-much all the time a bag or other “go kit” containing, at minimum:

Everyone wants to talk about weapons, of course, but consider carefully the law in the areas where you are and travel to.  There’s little worse than wrecking your vehicle, surviving without much bodily damage, successfully bailing off with your go bag in the car and then getting arrested when found because there’s a pistol in the bag and where you are forbids their possession outside of one’s home or business.  It’s even worse if you wind up needing to take some form of public transportation back home after such an event and can’t take that weapon with you; now what?  Attempting to sneak it through is risking a prison sentence while not doing so or removing enough pieces to make it legal to transport means abandoning or intentionally destroying an expensive piece of equipment.

All of this should fit in what would look like a moderate-sized purse.  LA Police Gear has a “tactical bail out gear bag” that is of a decent size and is very serviceable for this sort of purpose; it’s inexpensive and solid enough, while having a sufficient number of compartments to separate and keep things organized.  I own a couple of them and they both do the job and are cost-effective; the included and detachable shoulder strap makes for easy carrying if required.

IMHO this is the most common set of circumstances; indeed, I’m willing to bet you’re at least 10 and perhaps 100 times more likely to need this level of preparation than anything else, and yet not one person in a hundred, including many who claim to be “preppers”, have this covered.