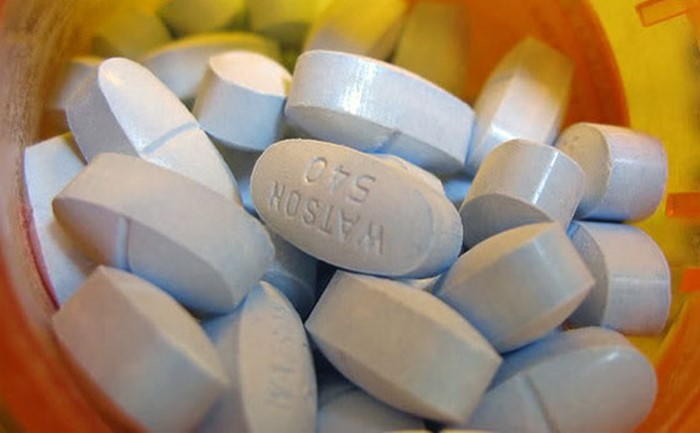 If the shite hits the fan in a big way – a major collapse – not only will most people be in an extreme world of hurt due to their dependencies upon the systems that are relied upon today, but a stunning number of them are on prescription drugs – which could conceivably become difficult or impossible to get.

What will they do and what affects will that have on the rest of us trying to survive?

Currently the single most prescribed drug in the world is HYDROCODONE (Vicodin).

In case you’ve been living under a rock, it is used for ‘pain’ (and abused).

From a national survey done by the consulting firm IMS Health, there are more than 130 million prescriptions in the United States for hydrocone (Vicodin). That’s ‘Million’ with an ‘M’…

The question is, what will the affects be if and when ‘users’ can’t get access to their addictive drug, after a wide-scale SHTF collapse?

Hydrocodone (or Vicodin as it is known in brand name form) is a highly addictive pain killer.

Individuals who abuse hydrocodone do so because they enjoy the opiate effect the drug has on the system. The thing is, more often than not, the euphoria caused by the drug slips away after prolonged use, and all that is left is the addiction.

Hydrocodone changes the way the brain functions and makes itself the number one priority – which then makes it very hard for an individual to quit. The drug tricks the brain into stopping the productive of positive feelings, so if the individual were to stop taking the drug, the negative feelings of withdrawal would feel overwhelming. It is at this point that the individual begins to turn more heavily to the hydrocodone in order to avoid bad feelings.

Once addicted to hydrocodone, individuals have been known to steal, lie to doctors and fake illnesses in order to obtain the drug, and resort to nearly any means to get it.

Furthering to the problems of addicts not getting their drugs are the millions in the United States who are addicted to heroin and methamphetamine. Between just those two drugs it is estimated that approximately 3 million people are chronic addicts in the US – not counting those who are recreational users (although even recreational use will rapidly lead to addiction).

I have also read estimates that approximately 30 million people in the United States are on antidepressant drugs. What happens if they cannot get their drugs?

When you start researching for facts on the number of people who are on prescription drugs, the numbers are stunning. In a true SHTF collapse, their might be great difficulty for many people who not only need certain medications to survive, but for those who have become addicted to their drugs will be in a world of hurt… and it may affect you and I one way or another as a result…

Chances are that after TSHTF, this will GREATLY increase crime – especially during the first month or two of the collapse.

After TSHTF, for those doing their best to survive hardships while remaining ‘risk aware’, this will be yet one more additional issue to be aware of. Given that there are apparently more than 130 million prescriptions of hydrocodone in the US, and given that many of these may be addicted users, and given that there are probably many more similar but unreported ‘prescriptions’ filled in the underground market, and given the many additional tens of millions of other drug addictions, chances are that it’s going to be a big problem…

Desperate people will do desperate things. Be aware, be prepared, and be secure…