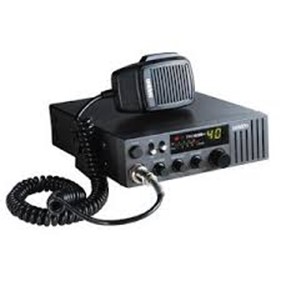 Choosing a communications gear depends on what a person wants and how they qualify communications. Is it 2-way info, is it just getting info to be updated as to what is going on around your area, the world, how much money, how much time, how much knowledge are you willing to invest? Are you the kind of person that just buys things and plugs them in or putts batteries in? Or are you a builder / tinkerer that loves to know how and why something does what it does?

Most will say ham radio and it is very good. But it takes knowledge that many people will never really try to learn good enough to be able to take advantage of all it offers. There are numerous bands, layers of the atmosphere, types of radios (AM/ FM, Sideband, HF, VHF, UHF, SHF, and a lot more) and each one does things in a different way and at different times of the day, different times of the year, and at different ranges) And it takes a lot of time and knowledge to make the best use of ham radio. And no you don’t have to use all of them, but then if not another type of radio may be a better choice if you don’t feel or want to invest time in ham radio.

If you need to talk to others, how far away do you think they will be. What will the available power source to keep the radios up and running. Other than QRP (very low power ham radios that is a hobby in itself) the farther you want to talk the more power you need to put into the radio. You can make up for this with antennas and height of said antenna (and a few other antenna options that hams use) Are you a person that is willing to build antennas and then climb a roof or tower to put them up to get extended range, and then take it down and start over if it didn’t give you what you wanted? Most hams are willing to do this all the time to squeak-out every bit of range they can. It’s called a hobby and some of us have it BAD!

Amateur radio is limited to 1,500 watts of power, and on HF (Shortwave) people run up to that much. Hand held radios are usually 1.5 to 7-watts, most being 5-watts. Auto VHF & UHF radios run normally 25 to 50-watts, but are allowed the 1,500-watts. I know no ham that runs much over 50-watts or so on the VHF & UHF bands. HF auto radios run hundreds of watts and can talk hundreds of miles to ½ way around the planet.

It’s kinda neat to be in Ohio and talk to someone on the other side of the country on your drive to work. Ham radios can be expensive if you buy new radios, but there are a lot of used ones at a hamfest st good prices. I see older Icom’s, Kenwood’s and Radio Shack radios that work fine for $20.00 and up. Radio Shack radios being the lower priced ones and Icom being the more expensive ones. But they all work well.

FRS radios are advertised to have a 2-mile range. This is pure BS, I have several sets (garage sales and the Good Will Store buys that I can use for barter) that I have played with and ¼ mile is about the best for any of them. These radios would be useful around a home or a small homestead. FRS radios by law have fixed antennas (Rubber-ducks) that are like 3-inches long and are not allowed an external antenna jack. This makes them next to useless. FRS radios are limited to ½ watt of power.

MURS radio is in the VHF High band (150 MHz range) and use to be called the business band as many businesses use it for around town talking. With an outside antenna and a roof top auto antenna it has a range of 10-miles, or a bit more depending on your location, antenna type and how high in the air it is. These radios are usually hand held and come with a rubber 6-inch antenna on it. But most of them are able to use external antennas. These radios are probably the most private radios you can get outside of ham radios. They have been marketed to the prepper movement for several years.

They are $150.00 and more per radio and you need at least 2 of them to talk, plus outside antennas if you want range. I think http://www.MURSradio is a place to find them. They also make alarm / motion security transmitters that use this band. But if you are handy with electronics you can get a set of them for a lot less. Amateur radio guys have flea markets called hamfest, they are full of anything radio, electronic, and old electronic item that have seen a long and many times rough life. But you can get things for LOW prices.

I bought a set of business band radios with drop-in chargers for $20.00, yes they needed the battery packs rebuilt ($15.00 each radio) but now I have a set of what today is called MURS radios and it cost me $50.00 and a few hours work (I’m weird but I call it fun working on stuff like this) There are hamfest almost every weekend all over the USA. Do a search and you will find one close to you. http://Www.ARRL.org will have a list of them. A great hamfest, and the biggest one in the world is in Dayton Ohio every May. 80,000 people go to it, It’s said that if mankind ever made it, it’s been sold at the Dayton Hamfest. I have seen a German WWII Enigma machine there, this has to be one of the rarest things on this planet, but they had one there.

Be aware hamfest are cash sales and things are as-is. So buyer beware. 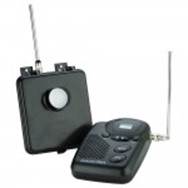 Be sure to order the birdhouse kit and hand-held unit that will allow you to monitor your property even when the power goes out + communicate with the base unit when you away from home.

CB radio is full of vulgar talk so you have to be prepared for that and keep it away from kids you don’t want to learn to swear like a sailor. You have a choice of 40 channels so you can always find a quiet one. But CB is the poor-mans talking radio. With roof-top antennas and auto mag-mount antennas you can easily get 25-miles (an honest 25-miles) out of a legal power radio. And if you are not so honest you can buy an amplifier (called a linear) that can take your legal limit of 4-watts to as high as you pocket will allow. The FCC long ago gave up on monitoring the CB band so there is almost no chance of getting caught. I would not use an amp and it’s not needed, I’m just making you aware of how it is.

CB radios are available for almost give-away prices at garage sales and flea markets as are the auto mag-mount antennas. I see auto CB radios for $5.00 many times with the antenna. And I also see CB hand held (walkie talkies) for $5.00. I don’t use CB myself as I have a lot of ham radios to use, but they again are worth stocking up on as they are inexpensive. Make sure you try them out before put them away for future use, and the antennas need to be tuned to each radio. The one drawback to hand held CB radios is that most of them require 10-AA batteries so you need a good supply of rechargeable batteries and a battery charger, preferably a solar charger. But almost all hand held CBs can be plugged into an external power source, be it your auto, a free standing 12-volt battery or through a power supply in your home. Auto CBs radios can also be used in a home with a power supply

You can also buy new CB radios at almost every truck stop in the USA, It used to be that Radio Shack had them as did most department stores, but not anymore. The 1970s CB craze is long gone.

Shortwave radios are always said to be a good source of news. Well yes and no. Shortwave is full of government propaganda from numerous countries and a lot of religious broadcasters. Neither of these give you very useful info these days. Also shortwave is full of a lot of things that are coded (military) are utility based information that while you can hear it, it will make no sense and be of no value. I have several shortwave radios up to and including top-end ones that allow me to listen to things all my other radios can’t even hear. When JFK Jr died I listened to the Coast Guard searching for his plane, I listen to military refueling, Hurricane hunters and the like. But it’s a hobby, not for useful news.

I have several of these but I have not kept up with them as most police departments have went digital and it’s been years since I have bought a scanner so I have no updated info on scanners. (Maybe someone else could weigh in on the current state of scanning..) But while there was a lot of good info on scanners it takes a lot of time to listen to to get it and being raw data it has to be analyzed and interpreted to get the most use out of it. Scanners are probably not a good investment today. There are lots of used scanners at all kinds of price ranges from $2.00 to hundreds

For news a AM/FM radio will give you more and cost a LOT less.

And CB is the best value for talking as you can buy used radios for little money.

FRS & GMRS are of limited use as the range is very short. I would call them kids toys

Amateur radio is the best if you are willing to put the time, knowledge and like to build things.

FRS< GMRS & MURS all have an overinflated statement of their range printed on the package. It’s always a lie.

Amateur Radio makers NEVER state the range as they are marketed to an aware buyer that already knows what the radio will do and also Amateur Radios have talking range well beyond all other radios made bar none.

Also be aware that every ham has a call sign that must be used, other hams will not talk to you without a real one, and you can not fake a call-sign, hams will know it’s not real. And anyone with net access and or an easy to get data CD can look up your address. It’s super easy to do. You will not likely want to talk about private things on ham radio. Or any radio as anyone could be listening.