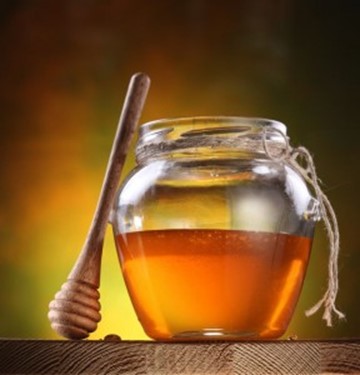 Honey, and combinations of honey and herbs have been used for thousands of years to counteract various ailments including infections. And honey and ginger has been used as a healing combination for many conditions. But few realized just how antibiotic honey was – until recently.

Researchers from Ethiopa’s College of Medicine at the University of Gondar have determined that a combination of honey and ginger extract powder will inhibit the growth of superbugs such as MRSA (methicillin-resistant Staphylococcus aureus), Escherichia coli and Klebsiella pneumoniae  – some of the most lethal ‘superbugs’ known.

The researchers conducted a laboratory study to test the inhibition ranges – using a standardized approach of measuring minimum inhibitory concentrations (MIC) after culturing the bacteria in a broth solution and then using agar as a medium for measurement. The broths were cultured with the antibiotics for 20-24 hours to measure their effect upon the bacteria.

The researchers separately tested Ethiopian honey, ginger powder and a combination of the two against three different antibiotics. The researchers also tested a water extract of the ginger.

The antibiotics tested were methicillin, amoxicillin and penicillin – three of the most successful antibiotics in our pharmaceutical arsenal.

The researchers conducted five tests for each treatment. These included the following bacteria:

The numbers tell it all. Honey and ginger extracts each had an average MIC inhibition of 19.23 among all five bacteria – ranging from 13 to 24.

And the combination of the ginger extract and the honey had even greater antibiotic properties, with MICs averaging 25.62 and ranging from 19 to 30 – beating out all the pharmaceutical antibiotics by a landslide.

How was the ginger extract made?

The ginger extract powder was made by slicing ginger root and drying at 37°C for 24 hours. These dried ginger pieces were then ground and blended with methanol and ethanol. A 50% solution of ginger was the result.

The water extract of the ginger had no inhibition of the bacteria. This what other research has indicated – that alcohol apparently extracts the antibiotic constituents from the ginger.

The implications of this research are vast

The implications of this study are great. Both honey and ginger repel dangerous superbugs more than our most lethal antibiotics. These ‘superbugs’ have specifically armed themselves to counteract these overused antibiotics.

What about honey and ginger? Couldn’t these ‘superbugs’ eventually figure out how to counteract those treatments as well?

Nature works with completely different mechanisms than static antibiotics. How is that?

In fact, soils maintain some of the highest levels of bacteria.

So how did the honey and the ginger survive the bacteria onslaught before being harvested?

Living organisms are in constant motion. They are not static. Ginger plants, for example, are constantly producing their own antibiotic mechanisms to repel bacteria. These include producing acids that break down bacteria on contact. They also include using soil-based organisms to territorialize and inhibit bacteria invasion.

These antibacterial measures that plants utilize are incorporated into the flowers where pollen is produced. This pollen is collected by bees and brought to the hive.

Propolis, in fact, is the product produced from the bee’s saliva and various plant resins. It has been shown to be significantly antibiotic.

So why do these antibiotic strategies beat out antibiotics like methicillin, amoxicillin and penicillin? Because these pharma antibiotics are static. They work the same way every time.

This means that bacteria like MRSA staph and E. coli can figure out a workaround. They can figure out how those antibiotics work and just develop measures that counteract them. Then they pass on that workaround to other bacteria in the form of plasmids.

Why? Because bacteria are alive, and they want to survive.

But so do bees, and so do plants, and so do other organisms these utilize. And this creates a moving target.

This mutual counter activity produces something biologists call evolution. In each species’ quest to survive, their defense mechanisms evolve.

It is for this reason that using nature to help us counteract infection is far more sustainable than creating temporary, environment-polluting pharmaceuticals that only create resistant ‘superbugs’ in the end.

Learn how to use nature’s perfect antibiotic producers – probiotics.

Case Adams is a California Naturopath and holds a Ph.D. in Natural Health Sciences. His focus is upon science-based natural health solutions. He is the author of 25 books on natural health and numerous print and internet articles. A listing and description of many of his books can be found on realnatural.org as well as GreenMedinfo’s book library. Contact Case at [email protected]